The 2019 European drag racing season finally kicked off at the famous Santa Pod Raceway, May 24-27. As always, the season opener serves as a preview for the season, with fans getting the chance to see some new and some familiar faces in several classes. 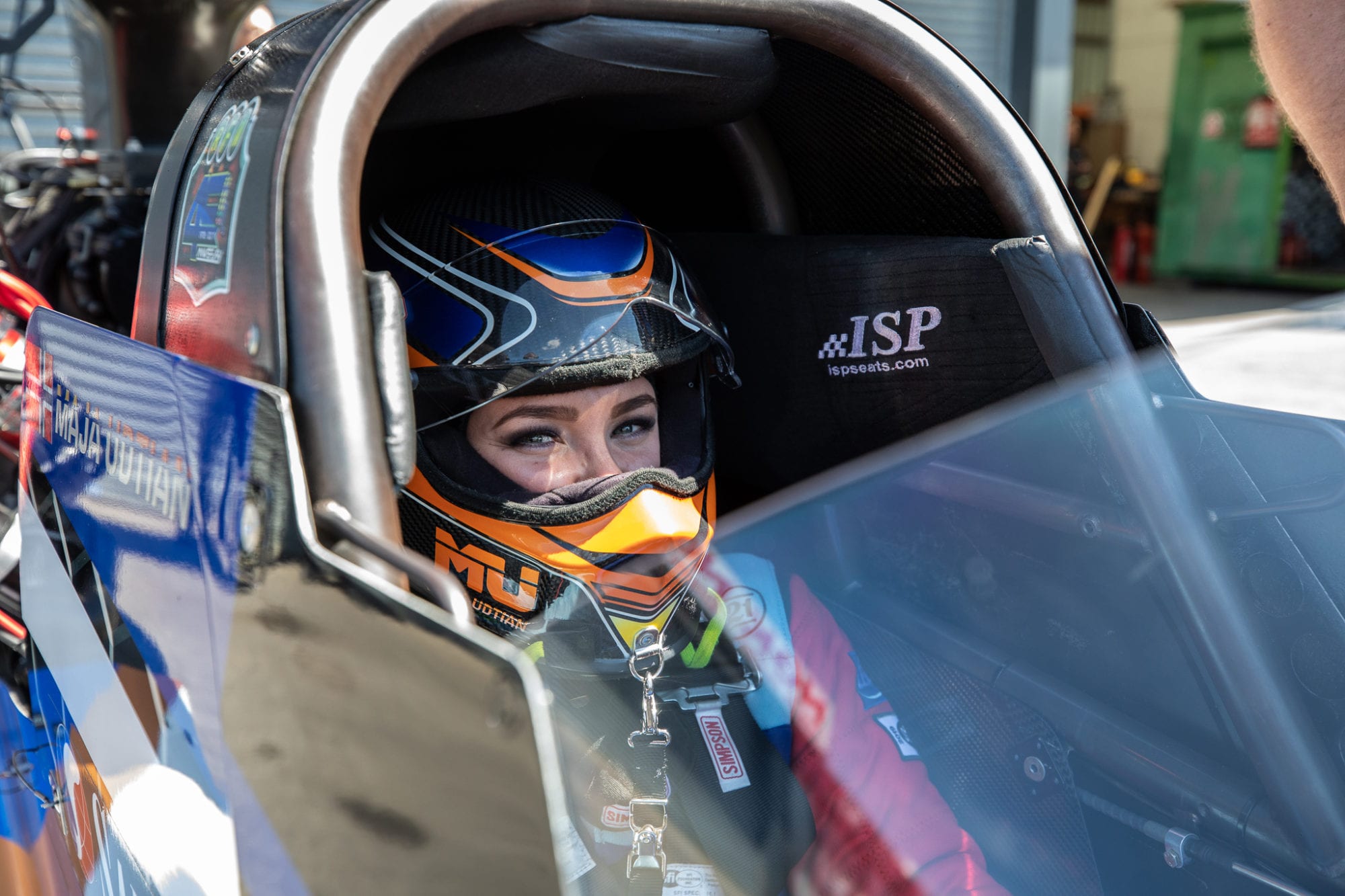 Reigning champion Anita Mäkelä is looking to defend her title in Top Fuel. Jndia Erbacher will be back in the seat of the Swiss family dragster, attempting to run the full season for the first time. Racing alongside as her teammate will be Tethys. The British driver is celebrating his comeback after winning his battle with cancer. He now plans to race the first two events and go from there. Maja Udtian, the 21-year-old woman from Norway, is also competing in her first full tour in the Rune Fjeld-owned Top Fuel dragster alongside British driver Liam Jones and Swedish Susan Callin, who is making her comeback after 14 years racing the third Rune Fjeld dragster. Fellow countryman Mikael Kågered will be behind the wheel of his Top Fuel dragster, as well as Danish Stig Neergaard, who skipped a few events last season.

Shortly before the race, an official press statement was released by the Werner Habermann Racing camp. Due to family business obligations and the loss of a sponsor, the German brothers Dennis and Timo Habermann will only be racing at their home event in Hockenheim and at the finals in Santa Pod, which leaves the door open for a new Top Methanol champion in 2019. It might be Monty Bugeja, who returns to competition this year in his “Mr. Whippy” Top Methanol Dragster.

In Pro Mod, the fabulous Chevy C-10 truck wheeled by Swedish “Fast Freddy” Fagerström will be back in action. After a fire almost destroyed his whole race shop, Freddie is back with a vengeance and his signature 1000-foot burnouts. Also a strong force to be reckoned with will be Sweden’s Andreas Arthursson, who will assault the full tour in his turbocharged Chevelle.

After two days and four qualifying rounds, reigning Top Fuel champion Anita Mäkelä was sitting in the No. 1 spot. Running a 3.870 at 311.38 mph, a repeat of the European record she established back in September, she showed everyone she didn’t unlearn anything during the long offseason. Brit Liam Jones went 3.887 at 311.18 to qualify No. 2, followed by Stig Neergaard and his 3.917 at 301.78 run. Swiss Jndia Erbacher ran a new personal best of 3.945 at 302.92 to qualify in the fourth spot and thus already checked one point of her bucket list for 2019.

In Pro Modified, no less than 24 teams from seven different countries battled for the 16-car field. In the end, it was David Vegter from the Netherlands who took the No. 1 spot with a stout 5.804 at 240.30, bettering his personal best in the same process. Close behind him was Jan Ericsson with his 5.844 at 243.84 run. The top 4 cars were all in the 5.80-second zone and the bump spot was a 6.299 posted by Jean Dulamon.

Race day was on Monday this year, as the event fell on a bank holiday in England.

After defeating Mikael Kågered and Jndia Erbacher, Top Fuel champion Anita Mäkelä went up against Maja Udtian in an all-female final. Udtian got the upset win over Stig Neergaard in the first round and won the second round due to a red light by opponent Liam Jones. In the final against Mäkelä, Udtian went into stage first but backed out of the staging beams and got disqualified. Mäkelä stormed to a 3.842 at 296.72 to reset the FIA Top Fuel ET record again and took the trophy home to Finland. The crew went wild from the starting line to the shutdown area.

The ever-entertaining Pro Mod class was good for a few surprises this time as well. Despite winning the first round of eliminations, Pro Mod top qualifier David Vegter was a no-show in the second round. Almost the same thing happened to No. 2 qualifier Jan Ericsson, who failed to get the car ready in time for the third round. This also paved the way for Michael Gullqvist into the finals. After defeating Nick Davies in the first round and a red-lighting Andreas Arthursson in the second round, Gullqvist got a freebie for the finals against Mats Eriksson. Eriksson won over Marck Harteveld, got a bye run in the second round and a win over Jimmy Ålund in the semifinals. During the all-Swedish Pro Mod final, Eriksson was just a little too quick at the tree and pulled a red light, handing over the win to Gullqvist, who ran a 5.8357 at 245.03.

At the end, a huge thanks to all the hard-working women and men from the Santa Pod facility, especially the track and safety crew who did their everything to keep the event going and provide a world-class track surface. We’re already looking forward to the next stop of the FIA Championship, which will be at Tierp Arena in Sweden, June 6-9.