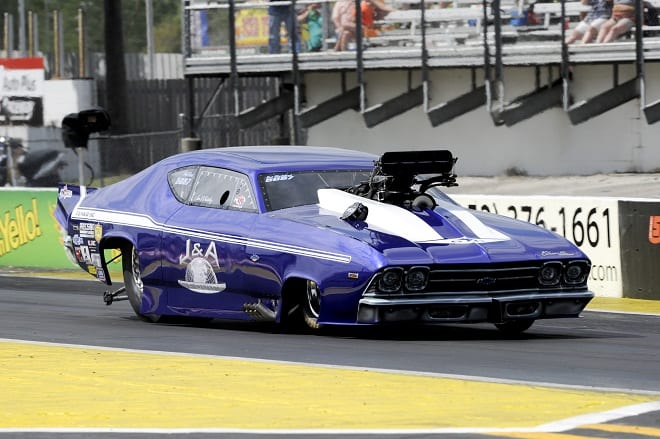 Highlighting the schedule once again in 2016 will be the tradition-rich Chevrolet Performance U.S. Nationals, the world’s most prestigious drag race, at historic Lucas Oil Raceway at Indianapolis over Labor Day weekend, Aug. 31-Sept. 5.

The season will open March 17-20 at the Amalie Motor Oil NHRA Gatornationals in Gainesville, Fla. at Gainesville Raceway.

Following the season-opener, the series returns to Houston for the NHRA SpringNationals at Royal Purple Raceway, April 29-May 1, and then heads to Atlanta for the Summit Racing Equipment NHRA Southern Nationals at Atlanta Dragway, May 13-15.

After the prestigious Chevrolet Performance U.S. Nationals, the series will head to Charlotte, N.C., for the NHRA Carolina Nationals, Sept. 16-18, at zMax Dragway. The penultimate race of the 2016 NHRA Pro Mod season, the AAA Insurance NHRA Midwest Nationals, will be held at Gateway Motorsports Park in St. Louis, Sept. 23-25.

The 2016 season will conclude and a Pro Mod champion will be crowned at The Strip at Las Vegas Motor Speedway during the NHRA Toyota Nationals, Oct. 27-30.