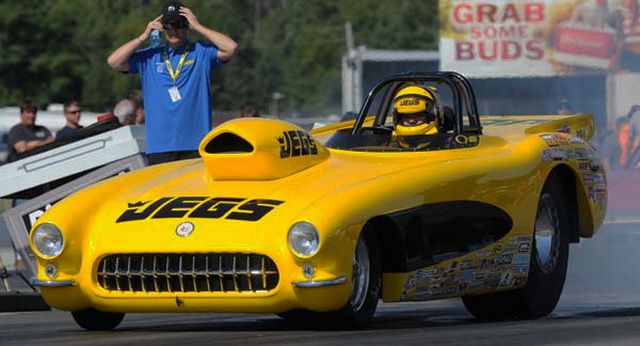 For hundreds of racers in the NHRA Lucas Oil Drag Racing Series, the Buckeye State will be the place to be this weekend (Sep. 21-23), as the eighth annual JEGS Northern SPORTSnationals unfolds at historic National Trail Raceway.

Since its inception in 2005, the Columbus event has become a favorite of racers across the country as it successfully strikes a balance between fierce on-track competition, and friendly off-track camaraderie. There will also be a wide variety of bonus features including traditional class eliminations for drivers in Super Stock and Stock, as well as the JEGS Top Dragster Shootout and the special DRAW/Racer’s for Christ Super Eliminator Shootouts presented by Moser Engineering for the top 16 qualifiers in Super Comp, Super Gas, and Super Street. All of  the aforementioned programs are scheduled for Saturday.

As one of the final national events of the 2012 season, the JEGS Northern SPORTSnationals will represent one of the final opportunities for competitors to earn points towards national and divisional championships. Among the contenders that are expected to compete at this year’s event are current Comp leaders Bruno Massel and Frank Aragona, and Super Comp leader Alan Kenny.

The eighth annual JEGS NHRA Northern SPORTSnationals will also mark the second of three races in the ongoing battle for the coveted JEGS Crown. The prized trophy, handcrafted by Dan Dreisbach of Naked Sculpture, is awarded to any driver who can win the same class in two of the three JEGS SPORTSnationals events in a given season.

Three drivers who appear to be well positioned to win the JEGS Crown are Arnie Martel, Steve Mikus, and Bertozzi, who won the Belle Rose event in Comp, Super Comp, and Top Dragster, respectively. Martel is constant threat to win any event he attends while Mikus has long been one of the North Central Division’s strongest competitors. Bertozzi is also a former national champion who has previously been to the final round of the Hebron event.

Should any driver win the JEGS Crown, he would become just the second driver to accomplish the rare feat.