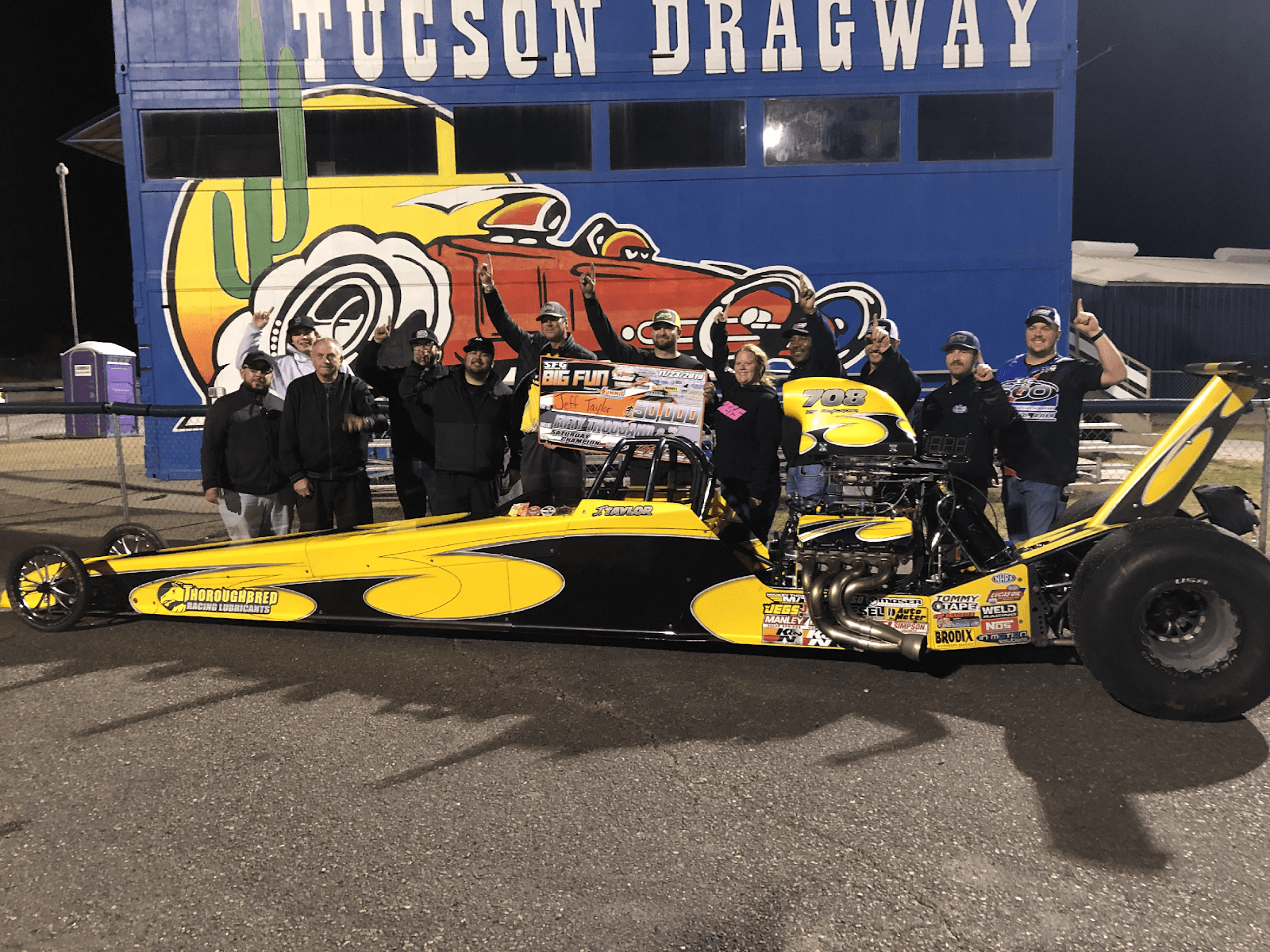 In typical SFG fashion, the inaugural SFG Big Fun event presented by Summit Racing Equipment at Tucson Dragway ended in a major success. Despite rain delays and power outages pushing the finals of all four races to Saturday, four winners were crowned last night and took home a combined winners purse of $110,000.

In the quarterfinals of the first $50,000-to-win race, three door cars and four dragsters were left standing. In the round of 7: 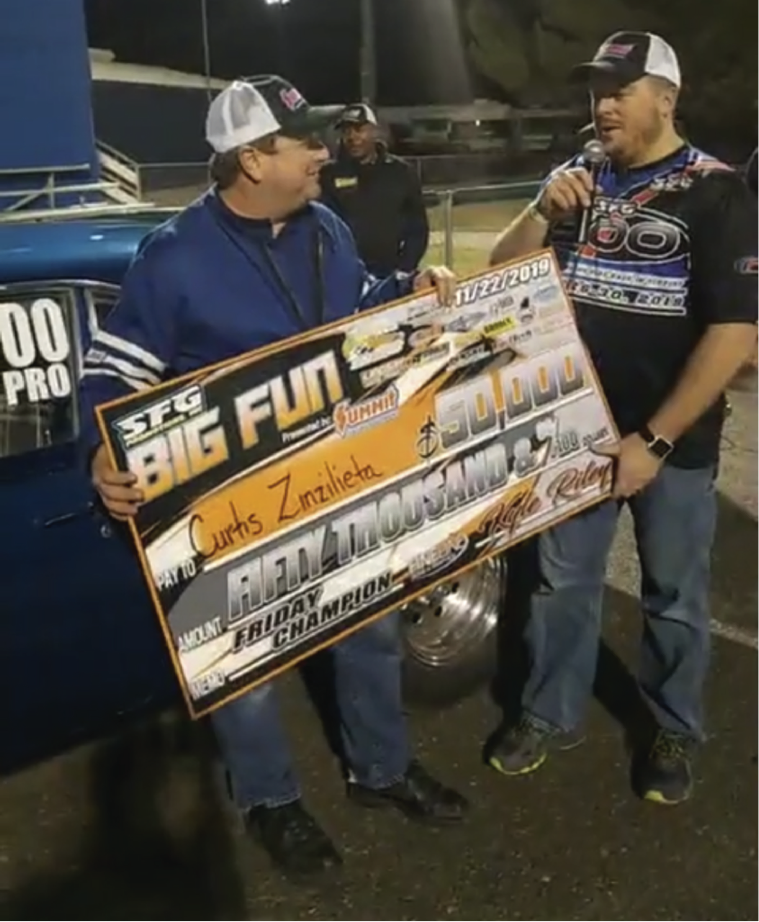 “It feels awesome, this is the best win of my life,” said Zinzilleta in the winners circle. “I just made one pass at a time, and had a lot of people here to help who paid attention behind the scenes. She wasn’t able to make it this weekend, but [I’d like to thank] my wife who’s the most important thing, and is a big supporter of me in the car. I’ve got some good friends and a brother back home who made this car happen”, explains Zinzelleta with his $50,000 check in hand.

“This is awesome, I’m glad they brought this stuff out to the west coast. Big thanks to Kyle and SFG, we really appreciate it,” said Hawk while holding his winner and runner-up checks. 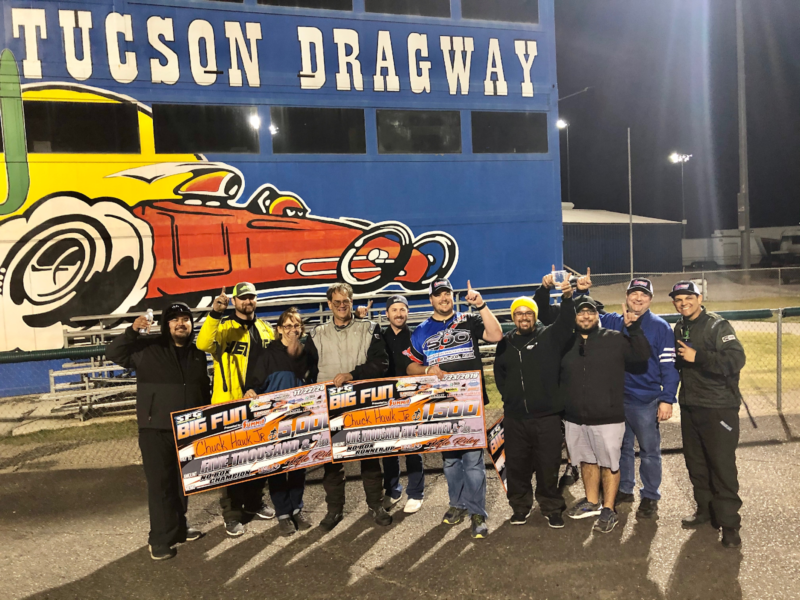 “It feels pretty good, especially on a big stage like this,” said Schmall. “It’s awesome, anytime we can get big money on the west coast, we try to attend. I’d like to thank AJ [Ashe] and Kyle [Riley] and SFG for bringing big money out here, Summit [Racing Equipment] for supporting the event, Fastronics, Digital Delay, G&S Dyno in Minnesota, and my wife Jamie.” 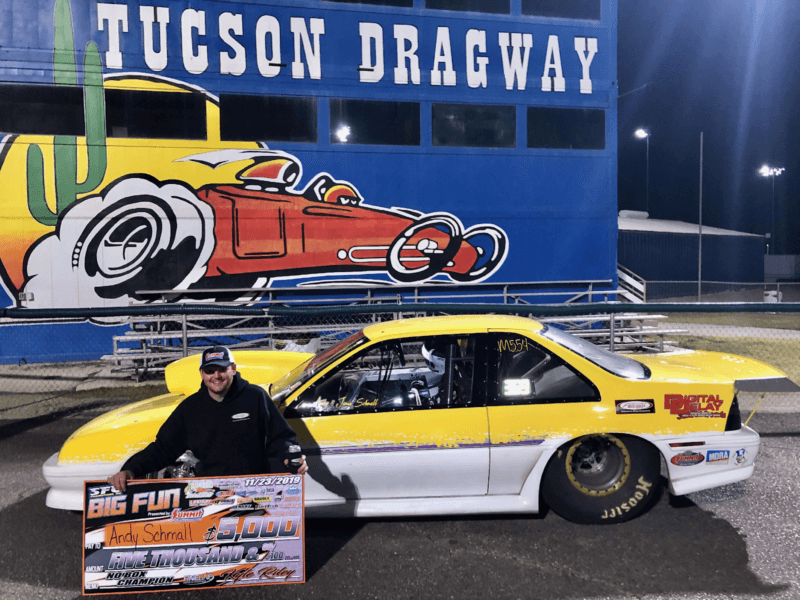 As temperatures dropped to the 50s in the Arizona desert, quarterfinalist (round 7 contestants) of the second $50,000-to-win race included two doorcars and three dragsters. In the round of 5: