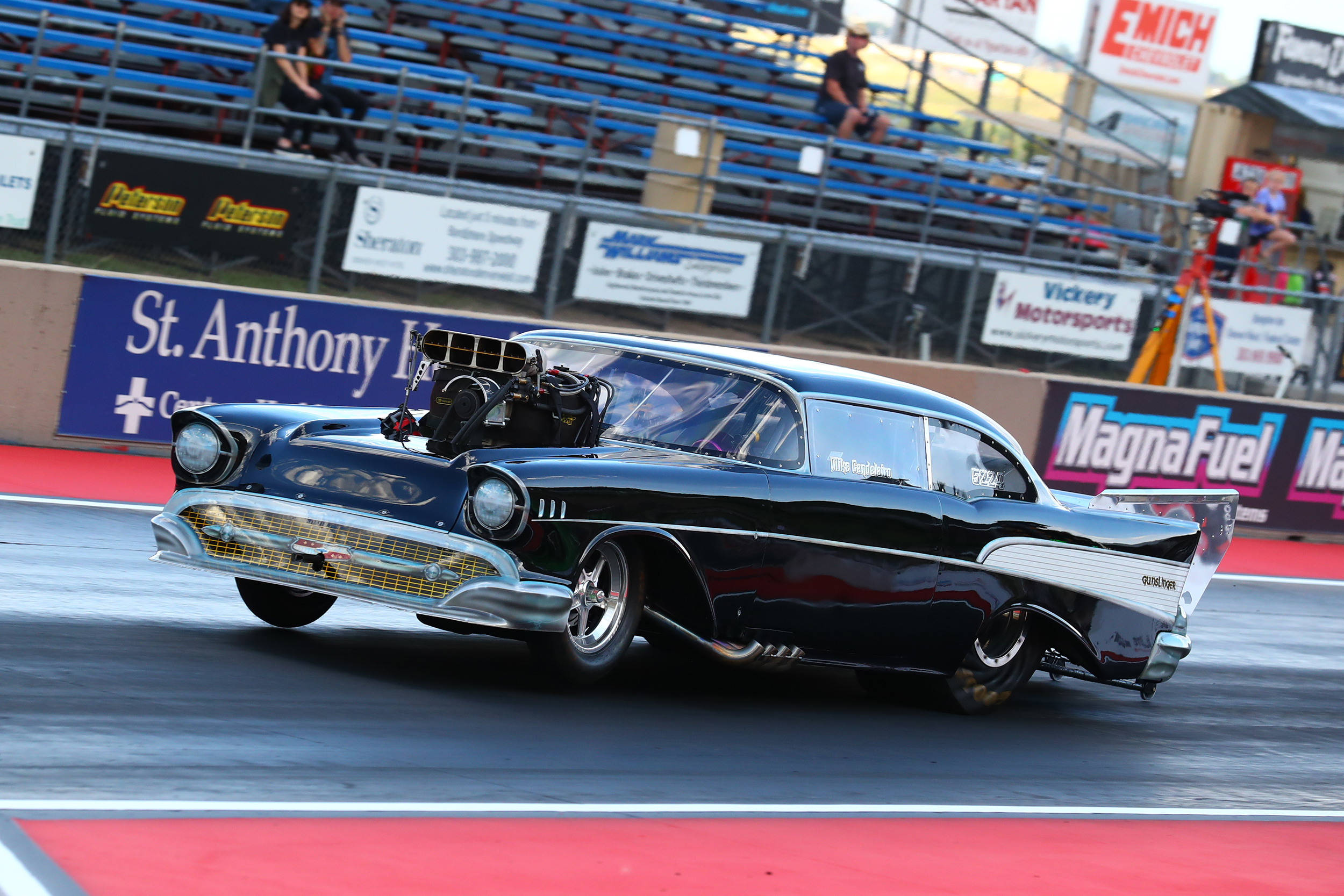 The Quick Star Shootout class at the World Series of Pro Mod is based on Top Sportsman racing, but like Greg Lair’s clutch-equipped, naturally aspirated Camaro, Mike Candelairo’s supercharged ’57 Chevy Bel-Air isn’t exactly your class-standard combination. That fact wasn’t lost on Candelairo after he fell to Lair in the final round.

“I drive the car,” Candelairo said. “I don’t have any automated timers or anything like that. I manually shift the car off the shift light. We [Lair] were really complimenting each other on that piece of it. To be able to say, ‘Hey, we mowed through the field and put together some really tight passes.’ I think we hit the number twice in eliminations.”

Indeed, Candelairo ran a 6.327 on a 6.32 dial-in to beat Kelly Land and a 6.316 on a 6.31 dial to defeat Nick Johanns in the first two rounds. He lifted early after semifinal opponent Tommy Johanns went red, then he broke out in the final round.

The runner-up finish was a major accomplishment for Candelairo and his wife, Beth. The duo has only been out for a couple events this season, focusing their efforts on the WSOPM. Furthermore, the Brighton, Colorado, driver has only had the supercharged, Brad Anderson Hemi-powered ’57 Chevy for around two years, and spent most of last season sorting out chassis issues. Considering the limited number of laps on the car, Candelairo was thrilled with its performance and praised his wife for her role in the performance.

“We rely on each other whole-heartedly,” Candelairo said. “She dials the car. I do all the tuning and whatnot. But I can tell her to go set the valves and we look at the data together and she makes suggestions and we make the tune-up calls together. We don’t have a jet program or all the fancy stuff. I tune old-school. For us to be able to do that in minimal amount of time was a huge feat for us.”