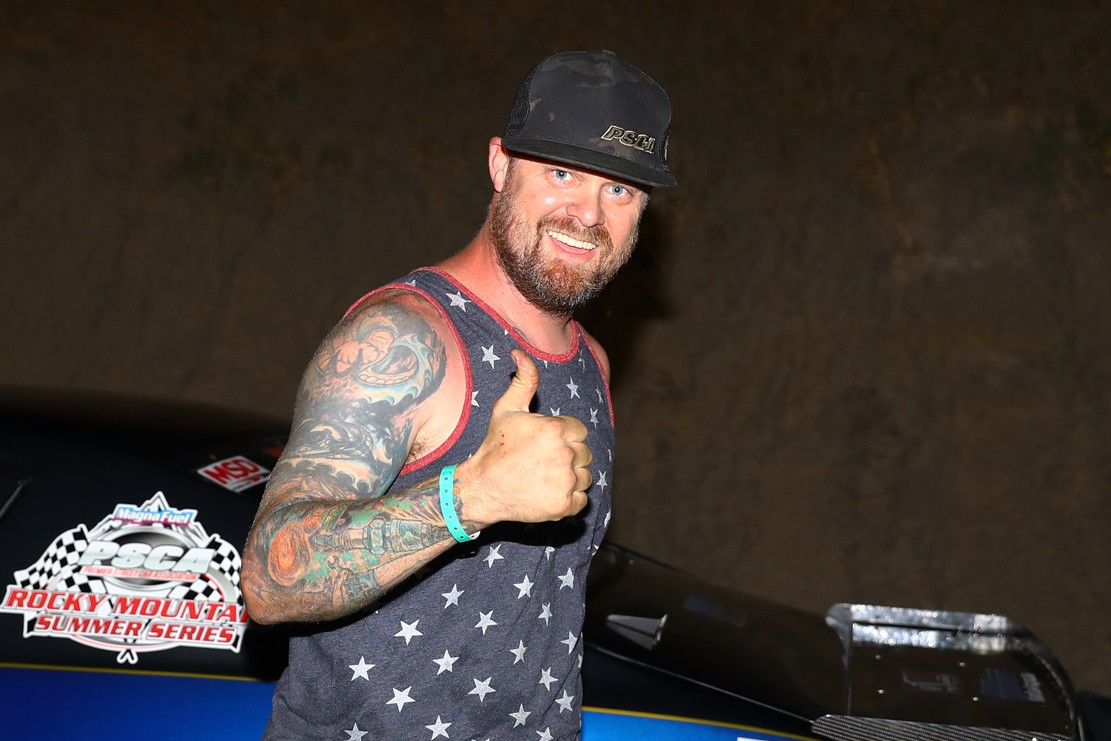 The Premier Street Car Association made its World Series of Pro Mod debut in 2019, featuring the Xtreme Drag Radial class. It was an exciting last-minute addition to an already stacked event.

“Sporty Bandimere contacted me approximately three weeks before the race and asked if we would consider doing it,” says PSCA founder Mel Roth. “He got back to me a week later and said, ‘if we can put it together, let’s do it.’”

Roth says teaming up with the WSOPM was a great opportunity for everyone to showcase the class on the big stage, and resulted in records both on and off the track.

“The racers getting to race in front of huge crowds is something they’re not used to,” says Roth. “Overall, with the track prep, the 26 cars entered – which was the biggest XDR field we’ve ever had – the guys were able to shine and break the class records, and the rest is history.”

The most unique car on the property undoubtedly belonged to Brandon McBride. The Denver native brought out a 1974 Nissan Skyline, boasting a 509ci 481X motor with twin 88mm turbos. But most notably, the Skyline is right-hand drive, meaning McBride sits on the opposite side of the car.

After struggling in qualifying, McBride entered Saturday sitting No. 14. But on race day, he put together four straight passes in the 4.70s, culminating with a 4.78 in a final-round win over Lance Knigge, who spun at the hit. The win netted McBride a $5,000 payday and the title of first-ever XDR champion at the WSOPM. 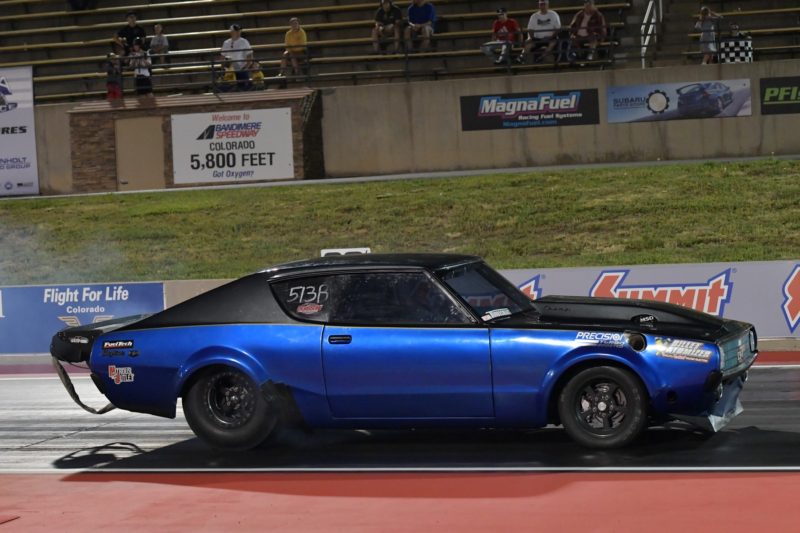 “I haven’t won a race in a couple of years, so it was awesome,” says McBride. “I got really close to the left wall, but I stayed in it because I really wanted to win. At the top end, my dad, my sister and my brother-in-law came and picked me up; it was a huge party.”

It was a sweet ending for a driver who’s faced a lot of adversity recently.

“I have done nothing but struggle the last two years,” says McBride. “For the first round of eliminations, I just did a crazy 4-link change, shock change, and tune-up change. It honestly shocked me it went down the track. I literally, from that point on, didn’t touch the tune-up for the rest of eliminations.”

With the large car count, the decision was made to also include a “B” field for those cars not qualified in the top 16. Chris Dauray took the win in his ’91 Mustang with a 5.76 over Eric McEwan’s 6.18.

Overall, the inclusion of XDR was a huge success. And if it’s up to Roth, this won’t be the last time we see this class at the WSOPM.

“We would love to [come back],” says Roth. “All our racers found Wes and let him know that it was one of the coolest things they’ve been involved in, and absolutely, we’d figure out a way to do it again.”