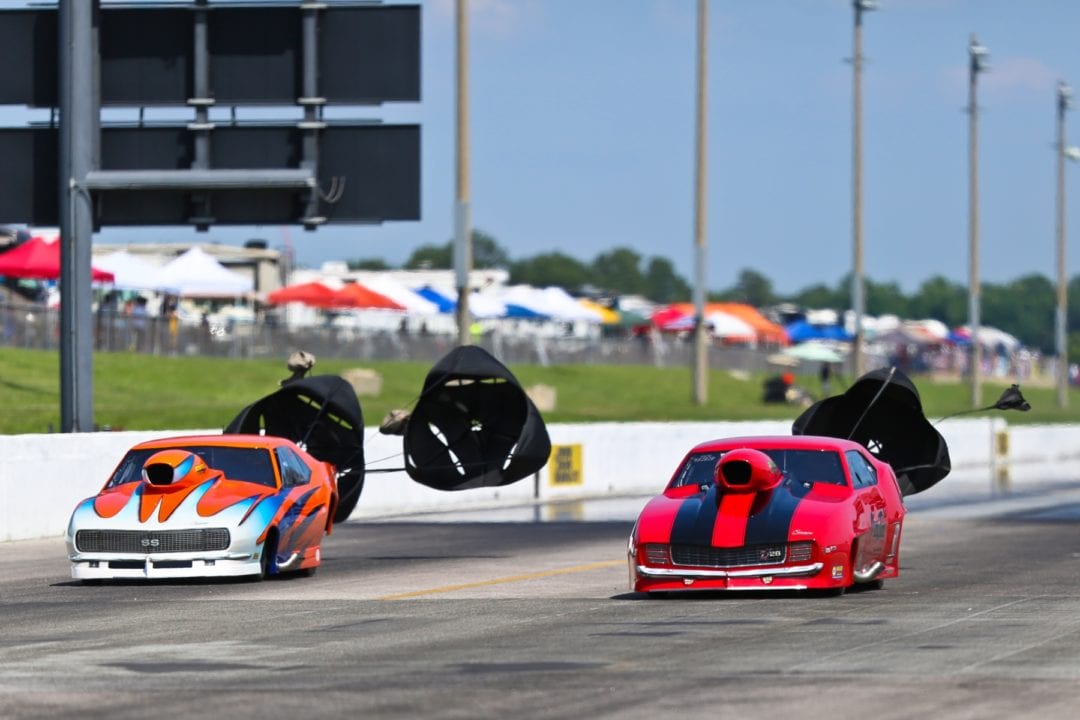 The race schedule has been expanded to four days to accommodate the largest fields of the season in the PDRA’s five professional classes and seven sportsman categories, plus Outlaw 10.5 and an eight-car No-Time Shootout.

“We always have a huge car count at this event,” said Tommy Franklin, the PDRA’s principal owner and a Pro Nitrous standout. “Everyone wants to come out for this race, and we love that. Rather than being off schedule or having to adjust the schedule during the race, we decided to build Sunday into the official event schedule so the fans can see the show that they came out to see.”

A cool, dry forecast for the entire World Finals weekend has drivers and tuners amped up for the potential to reset the PDRA’s elapsed time and speed records. Several existing records were set at past VMP events, while some were reset earlier this month at the PDRA Fall Nationals at Darlington Dragway.

“We can say it’s all about racing, but we all like to set records too,” added Franklin, who also owns Virginia Motorsports Park. “We have the potential to reset records in every class, and we just reset five records at Darlington. That was unexpected because we were racing in what we called ‘swamp air’, so this weekend’s conditions should give everyone the chance to shatter those records. I always say PDRA has the fastest Pro Mods in the world, and we’re hoping to prove that once again this weekend.”

Franklin is looking to reset the elapsed time record in Switzer Dynamics Pro Nitrous presented by MoTeC, which he held before Danny Sauro recorded a 3.652-second pass alongside Franklin in the final round at the Fall Nationals. The speed record, reset by Lizzy Musi at Darlington, is 207.28 mph.

Beyond records, Franklin is chasing a larger target. He’s three rounds behind points leader Jason Harris in the championship chase. The two-time and defending world champion admits the deficit will be hard to overcome, but his Musi-powered, Bickel-built ’69 Camaro is primed for the challenge.

“We just have to try to win the event – that’s all I can do to control the situation,” Franklin said. “This new car won its first race out at GALOT and went to the final a couple weeks ago at Darlington. We’ll try to keep that going by winning the race, then let everything else play out as it may. It’s a longshot – Jason has to go out first round and I need to win the race to get the championship. There are so many great teams out there, so there’s no easy round. I’m gonna go as fast as possible every round, and if nothing else, try to set some records.”

In Moroso Pro Boost, three-time race winner Tommy D’Aprile holds a 321-point lead over Chuck Ulsch, who led the first half of the season with four consecutive final-round appearances, including a win.

Just over 300 points separates Liberty’s Gears Extreme Pro Stock leader Steven Boone and 2016 world champion John Pluchino, who is expected to race despite a first-round impact with the wall at the Fall Nationals.

PDRA will offer open testing for all World Finals competitors Thursday from 10 a.m. until 7 p.m. Qualifying will begin Friday with sportsman classes starting at 9:15 a.m. and professional categories at 12:30 p.m. The second pro session is scheduled for 8 p.m., followed by a jet dragster. Sportsman final qualifying is set for Saturday at 9:45 a.m. Professional categories will receive a third and final qualifying session at 3 p.m. Pre-race ceremonies begin at 7 p.m., followed by first round of eliminations for pro classes. Eliminations will continue Sunday morning at 11 a.m., with the final round for all classes scheduled for 3:15 p.m.