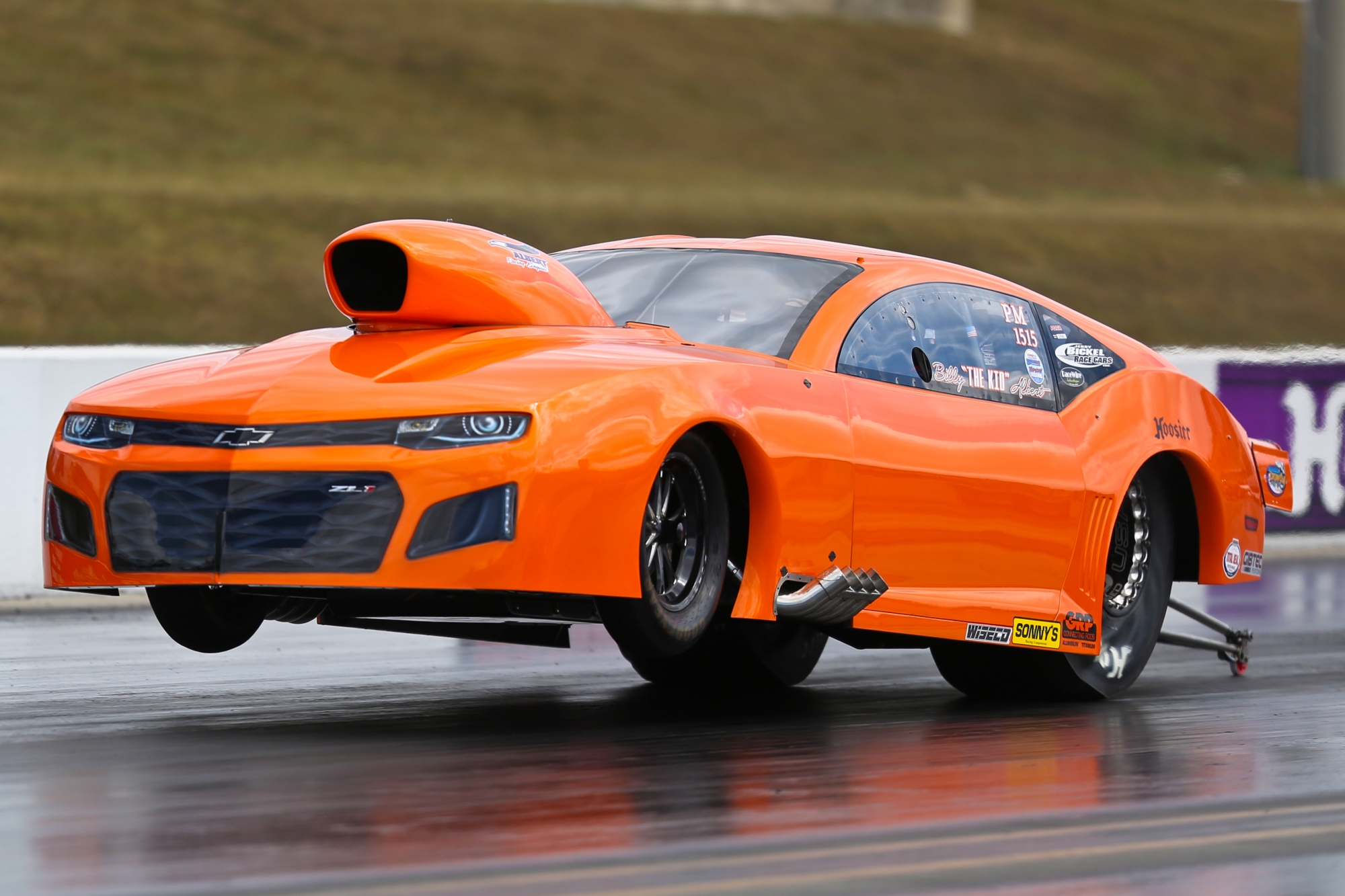 The season-long championship battles in the Professional Drag Racers Association (PDRA) will come to a dramatic close this weekend when the all-eighth-mile series heads to Virginia Motorsports Park for the PDRA Brian Olson Memorial World Finals presented by Pro Line Racing and $hameless Racing, Oct. 17-20.

Multiple PDRA records were set at the PDRA’s last stop, the Fall Nationals at Darlington Dragway in early October. The points that came with those records played a part in the current championship scenarios, and even more record passes are expected to influence the final championship decisions at Virginia.

“Expectations are high for a lot of racers to come in and run fast,” said Tyler Crossnoe, race director, PDRA. “The surface and weather conditions at Virginia around that time of year are usually ideal, so it should be an exciting World Finals.”

The combination of cool conditions and pressure-packed championship scenarios will make for thrilling racing and intriguing story lines from the start of qualifying on Friday through the final round of eliminations on Sunday. Nearly all the world championships are still up for grabs.

“That’s what makes PDRA so exciting,” Crossnoe continued. “It’s not just another event win or another race. It’s the World Finals and it’s championships on the line.”

In Moroso Pro Boost, three rounds stand between points leader Kevin Rivenbark and second-place driver Kris Thorne. Rivenbark drove his ProCharger-boosted GALOT Motorsports ’69 Camaro to victory at the Fall Nationals, padding his points lead over Thorne, who also has two wins in his twin-turbocharged ’16 Corvette. Defending world champion Tommy D’Aprile in the Al Billes-owned, roots-blown ’69 Camaro is in third with just over a round behind Thorne.

John Montecalvo all but locked up the world championship in Liberty’s Gears Extreme Pro Stock after winning the last two races, though Chris Powers is still mathematically eligible. Montecalvo has a 555-point lead in his Sonny’s-powered ’18 Camaro, while Powers has 15 points over third-place driver Jeff Dobbins. All three drivers will also attempt to record the first official 3-second pass in Mountain Motor Pro Stock history.

Johnny Pluchino’s red-light loss in the first round opened up the door for Wes Distefano to stay in the championship hunt in Schwing America Pro Outlaw 632 presented by Precision Chassis and East Side Auto Transport. Pluchino has three wins and a 200-point lead in Dominic Addeo’s Kaase-powered ’06 Ford Escort. Distefano scored his first win at Darlington in his Musi-powered $hameless Racing ’68 Camaro, adding to his two runner-up finishes. Chris Holdorf in his Nelson-powered ’53 Corvette is third with 209 points behind Distefano.

The PDRA’s usual lineup of professional and sportsman classes will be joined by a number of special features and exhibition classes at the World Finals. Atomizer Racing Injectors Outlaw 10.5 will join the show, along with the Metro Area Grudge Speed Unlimited Performance Big-Tire Shootout. A few of the Outlaw Diesel Super Series Pro Mods will be on display on the midway and will make exhibition runs on Friday and Saturday. Finally, Robert Albertson in the “Blazing Angel” Jet Dragster will square off against John Stanley in the screw-blown Stanley & Weiss Cadillac CTS-V for a best-two-out-of-three match race series on Friday and Saturday.

The annual PDRA Trunk-or-Treat will take place from 5-8 p.m. on Saturday, with racers and teams decorating their trailers and handing out candy to kids.