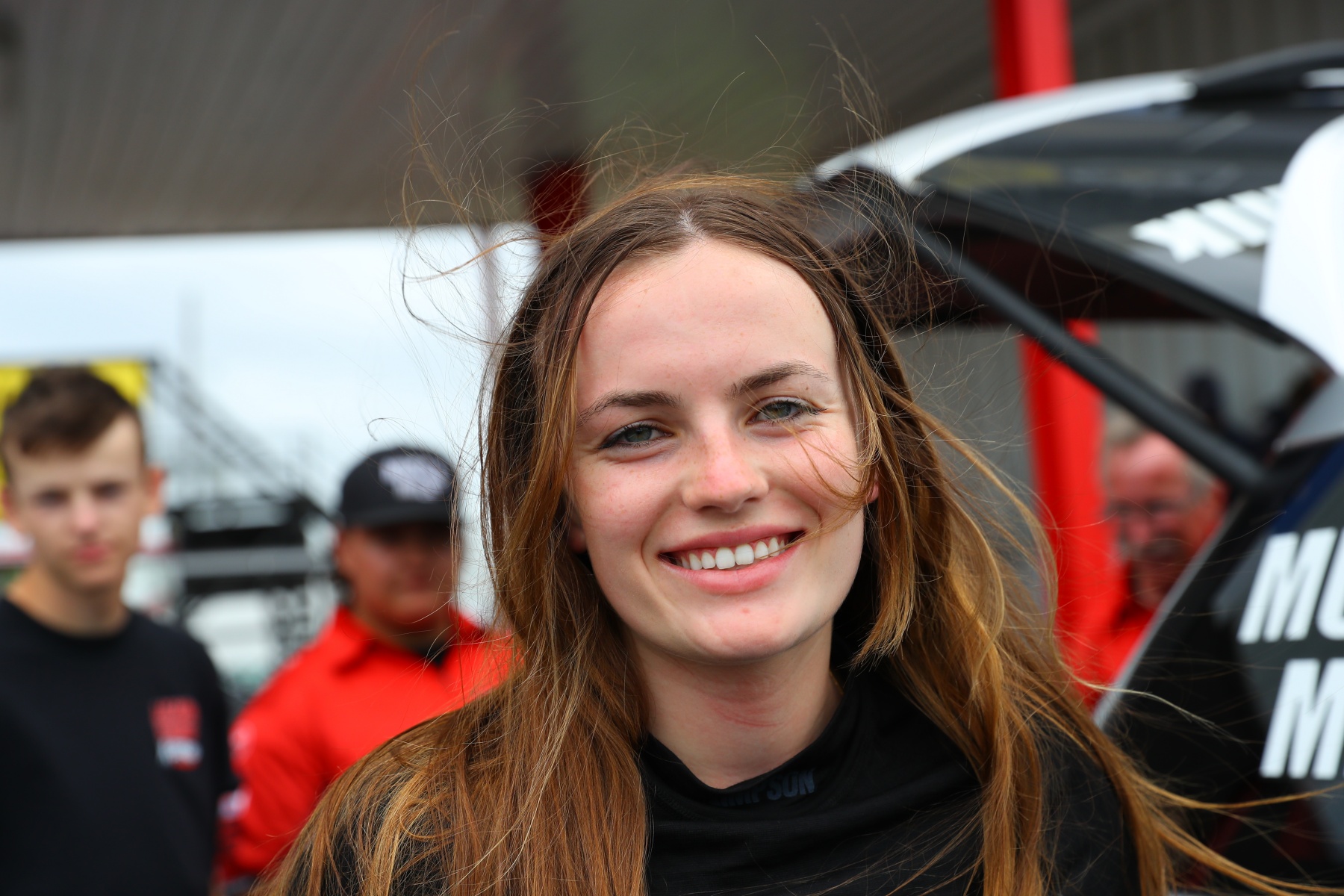 Madison Payne is a third-generation racer with some very distinct lineage, but the rookie Top Alcohol Dragster competitor is on course to make a name for herself in the family business of power and speed. Madison licensed in late 2020 in Duane Shields’ Muscle Milk-branded A/Fuel dragster, and she made her debut in the class at Atlanta Dragway’s final NHRA Southern Nationals in May of this year.

“I always knew it was going to happen, I just never knew when I would get the opportunity,” said Madison after completing the licensing process in the rail last October in Las Vegas. “I was having so much fun being out there with my family that I was never in a real rush.”

Madison’s grandfather is Brad Anderson, No. 33 on NHRA’s list of 50 Greatest Racers. Anderson is a four-time Top Alcohol Funny Car national champion and the founder of legendary Brad Anderson Enterprises (BAE), a key manufacturer of proven, high quality racing engines and components. His daughter – Madison’s mother – is Shelly Payne, who gained experience in an alcohol dragster before graduating to Top Fuel, where she was nearly perfect in final rounds.

Shelly also raced Pro Mod alongside Madison’s father, Jay, who has claimed an assortment of championships to go along with his 46 national event wins and the 1995 Top Alcohol Dragster national championship.

Madison competed in just a handful of NHRA Jr. Drag Racing League events as a child, but her heart was always with the big cars. At the age of 17, she licensed in Super Comp under the tutelage of Tom Bayer at Tom Bayer’s School of Drag Racing in Fontana, California.

Her first Super Comp race was the divisional event at Woodburn Dragstrip in Oregon in 2019, and she debuted in the class at the national level at Sonoma that same year, picking up round wins there, then again at the season closer in Pomona and the 2020 Winternationals. Although the racing schedule for the year of the pandemic was completely disjointed, Madison was able to contest a total of 14 races between divisional and national events.

“For the most part, everyone in the class is super good, and that’s what I like about it,” she said. “There are so many competitive cars and drivers that it really helps you learn and become more competitive, yourself.”

After licensing in Top Alcohol Dragster under the thoughtful direction of Shields, Madison had a new career best – a 5.351-second pass at 275.86 mph – and the desire to continue moving forward in her racing career. The fact that her national event debut was scheduled for the final Atlanta Dragway NHRA national event was meaningful.

“My mom’s first win ever was here [in 1992], and she beat my dad in the second round,” said Madison after securing the No. 8 position in qualifying. “For my family, this track is really special. My grandpa has done a lot here, both of my parents have won here. It’s a good track, and I’m sad it’s closing, but at least I get to run it once before it shuts down.”

In the first round of eliminations and on a very toasty racetrack, the tires were up in smoke soon after her launch. The young driver certainly doesn’t enjoy defeat, but she accepts that she is in learning mode and is more methodical in her pursuit of experience than she is perturbed.

“It felt good to get back in the car, and now the nerves are gone. I think we have all the kinks worked out,” Madison explained.

She isn’t ready to let go of that Super Comp life, however. At the time of print, Madison was gearing up for double-duty at the NHRA SpringNationals in Houston, where she planned to race both Top Alcohol Dragster and the Super Comp car that she recently purchased from bracket racer Hunter Patton and had set-up for the quarter-mile.

“I’m excited to have everything together,” she said. “It’s nice that it’s finally all happening.”