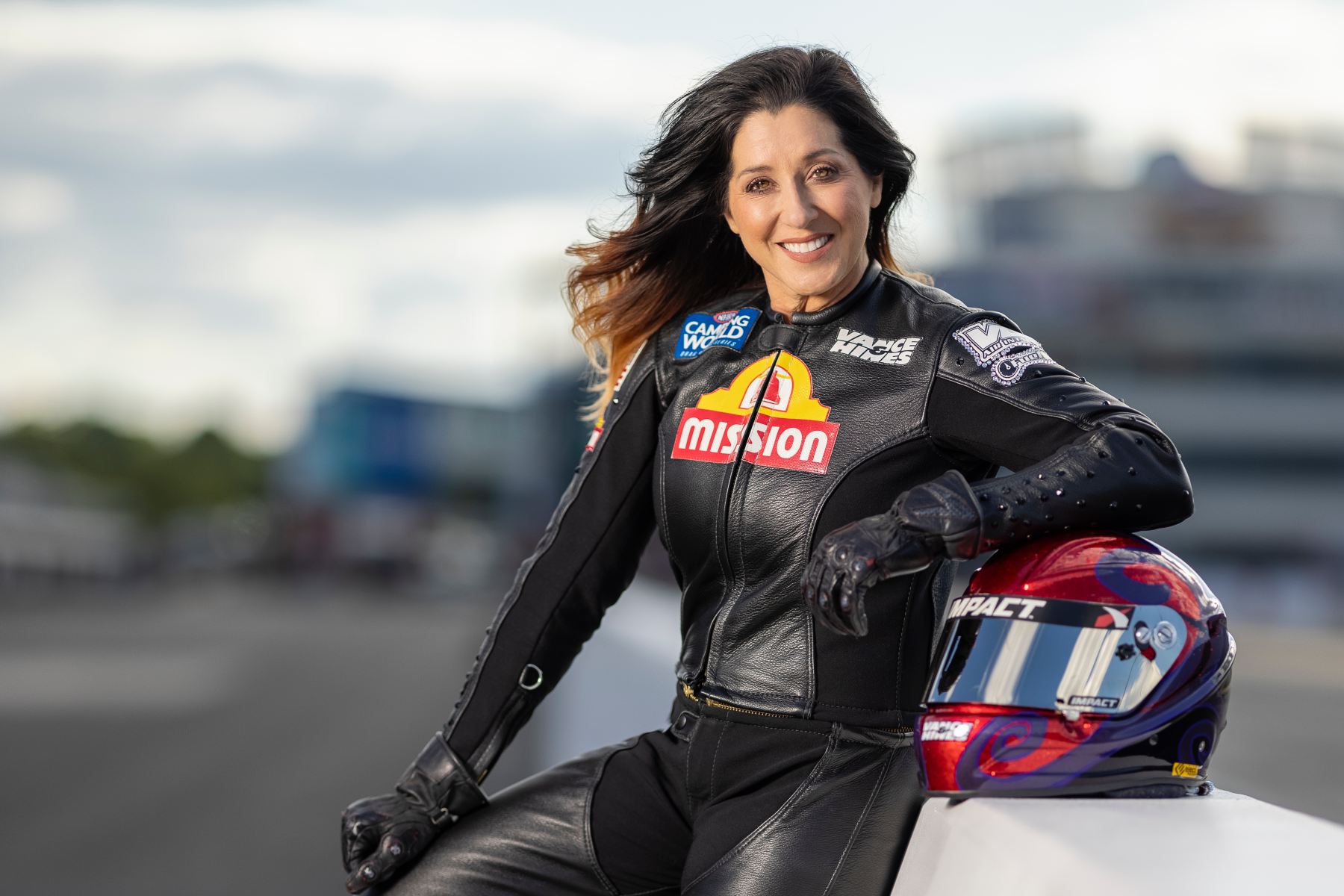 Before she ever returned to the sport in 2014, Angelle Sampey’s legacy was safe. She had accumulated three world titles, 40-plus victories and a resume that made her not only the winningest female in NHRA history, but also one of the top riders ever in Pro Stock Motorcycle.

While Sampey stopped racing to raise a family in 2010, she hopes her return has been just as important for her two daughters.

“The biggest reason I’m still out there is because of my two daughters,” Sampey says. “They’re watching it and enjoying it, and especially with Ava, she’s seeing me work. She knows I’m in the gym at 4 a.m. and I know it’s getting planted in their brain that their mom works her butt off.”

That much has been evident since Sampey returned to the sport and it’s been especially apparent during her time with Vance & Hines. She picked up her 43rd career win a year ago in Indy on a Harley-Davidson, and when that company abruptly left the sport, Sampey wondered if that was it. But a new opportunity came up with Vance & Hines, and Sampey is back on a Suzuki, this time the new four-valve bike that has taken the class by storm in 2021.

It’s been good for Sampey, too, as she made her first career 200-mph pass earlier this year, doing it at Gainesville to join the Denso 200-mph club.

Both daughters received a special 200-mph jacket as well, and it emphasized that Sampey’s return to the sport has been for all the right reasons.

“The passion I have racing the bike, it’s stronger than it’s ever been,” Sampey says. “I get asked, ‘Why do it still do it?’ I want to continue to show my kids what they can do. I’m proud of what I’ve been able to accomplish and it feels really good.”

The last few years have also shown just how talented Sampey is in the class. It’s not what she planned for, jumping from one bike to the next, but she’s shown to be plenty capable no matter the bike. In fact, Sampey has conquered just about every style of motorcycle in the class, from Harleys to a Buell, Victory, GSXR-1, Victory, Hayabusa and more.

She’s back on a Suzuki and currently fifth in points, chasing more wins, another championship and showing her true skills in the class. Through it all, Sampey says she still battles with her confidence and it’s that constant mental fight to improve that drives her.

Despite her impressive accomplishment, it doesn’t take much for doubt to creep in. But as Sampey continues to push away those doubts with her success, she’s also proving she can ride pretty much anything on two wheels.

“That Harley was my baby and I was so looking forward to riding that, but I hope to finish my career on this Suzuki,” Sampey says. “But I’ve also learned to never say never. I’m proud of it because I’ve had to be very adaptable.

“It becomes a mental thing and you can completely defeat yourself mentally. It’s really easy to beat yourself up and make it harder than it is. I’ve had to get out of my own head, and you want it so bad you start overthinking it. I feel like I should be out there winning. I know that’s what i’m capable of, I know that’s what the bike is capable of and I just want to keep doing a better job.”