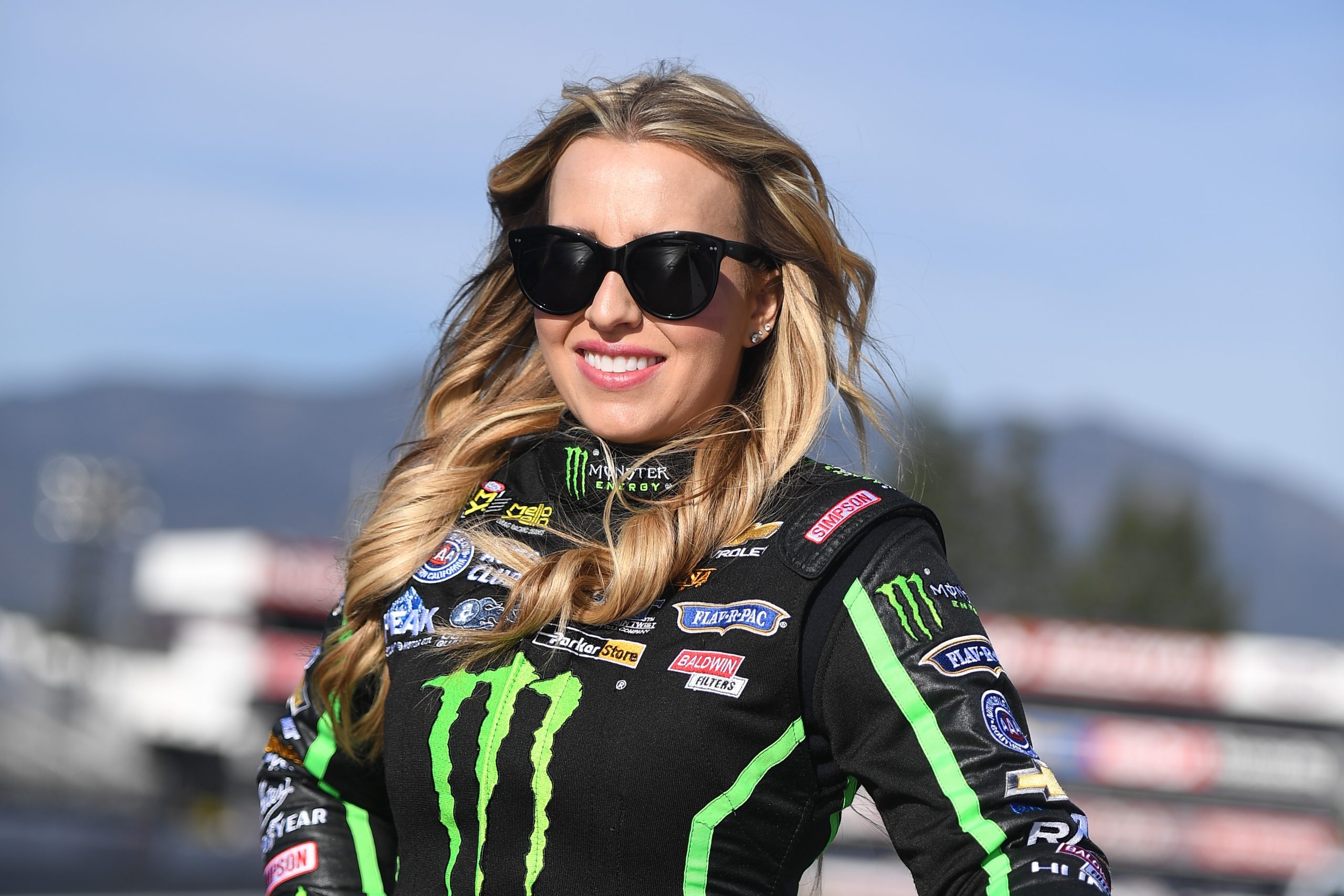 From the moment she stepped into a Top Fuel dragster in 2013, the spotlight has been on Brittany Force.

She’s welcomed and thrived in it, knowing the influence she – as well as her actions – can have across the sport. Last season was different in a number of ways, yet Force handled it all like a consummate professional, coming into her own in a unique and special way.

It was the first year she raced without her sister, Courtney, making her the lone Force sibling still racing. It was also the first season with a brand-new team, as crew chief David Grubnic and his aggressive style came on board.

Yet, Force thrived in every way imaginable. Her team jelled incredibly well, making it one of the most enjoyable years she’s had as a professional. She also spent considerably more time on the road with her father, iconic Funny Car driver John Force, detailing many of those adventures on social media.

On the track, the former Top Fuel champ also excelled, making the quickest run in NHRA history and also the fastest run in Top Fuel history. She won twice, finished third in points and genuinely had the time of her life in the sport she loves as much as ever.

“It’s definitely been a transition and there’s been a lot of big changes,” Force says. “Having my sister out here every weekend was great, and it’s been a big adjustment. It’s given my dad and I lot of time to spend together, and that made last season a lot of fun. It was nice just having that one-on-one time with my dad.

“I guess it’s been easy because I love being out here,” she continues. “I love being at the track, I love every single one of the guys on my team. That’s where I choose to be and where I want to be, and I wouldn’t want to be anywhere else.”

That was apparent, as Force impressed in those new situations.

What stayed true, though, was her dedication to the craft, both as a driver and as a role model. She remains flooded with requests off the track and with fans at the races, but Force continues to handle it with the grace of someone who knows the importance of their actions.

Her popularity among fans – and even sponsors – has only increased because of that, and it’s a role she takes seriously. Force knows young people are watching and she continually wants to influence them in a positive way.

“It’s a lot for a driver to carry, but I’m proud of the way I’ve handled myself and the way I’ve carried myself and how our whole team carries themselves,” Force says. “That’s very important to me, too. I take it very seriously and something my dad has always taught me.

“My name is tied to (John Force Racing) and whether it’s the end of the day, or you’re flying or whatever, you always have to remember where you stand and what you represent.”

What Force represents on the track is a driver who has become emboldened to succeed after working through the ups and downs in her career.

She was immediately thrust into the spotlight during her rookie year in 2013, going through all the travails of not winning a race until 2016. Force won the championship in 2017 – overtaking Steve Torrence down the stretch – and then had to battle back from a horrific crash to open 2018. Last year, the team had to come together quickly, figuring out a way to mesh a number of new faces. Force, though, has found out a lot about herself during that journey, becoming a more confident driver in the most adverse situations.

“It’s such a mind game out there, such a battle of ups and downs and trying to stay focused and positive,” Force says. “It’s part of the driver’s job to find that and keep focused, but that confidence comes and goes. You have to put those tough moments behind you and learn from it, and want to get back in the car rather than going down the path of just dwelling over it.”

Force, Grubnic and co-crew chief Mac Savage clicked almost immediately. Force won early in the season, and then pushed Torrence down the stretch, going 3.623-seconds at Reading to set the record, making the fastest run of 338.17 in Vegas, a race she also won to draw close to Torrence.

Force loves that it’s a total team effort, whether it’s their weekly team meetings or an aggressive approach that’s brought out the best in everyone. It has Force happy with her present and excited about her future, with no intent of slowing down.

“I love Grubby’s style and the way he incorporates the whole team,” Force says. “He gets everyone involved and he asks our advice. His style is different, but I love learning from him and working with him. It’s given me a whole new level of confidence, where we just go out and attack and be aggressive, and that’s pretty exciting.”