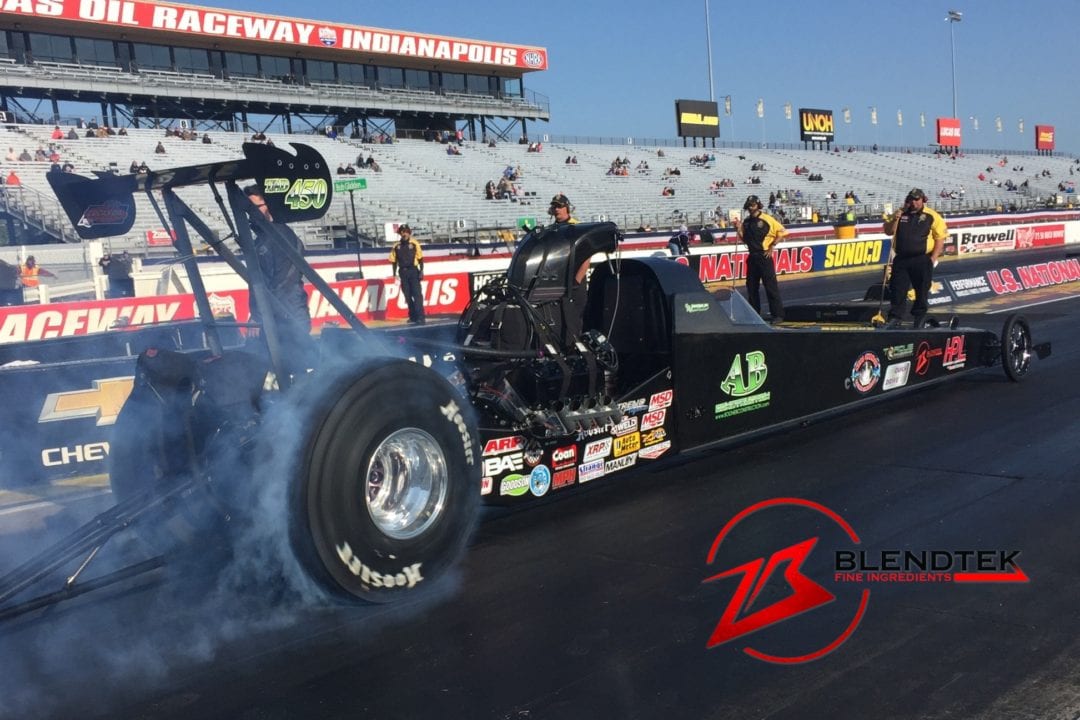 Based in Cambridge, Ontario, Canada, Blendtek Fine Ingredients is a premier food ingredients and solutions company with a mission to challenge expectations and help fuel food innovation globally. Blendtek and owner Bill Zinger have been associate sponsors of Kirk Wolf and the Booher Racing Top Alcohol Dragster since Wolf began his rookie season earlier this year. This weekend, Blendtek will take over the primary branding on the supercharged, Spitzer-built dragster.

“I’m pretty excited because the Zinger family – Bill, Steve, Kim and Kristy – are longtime friends of mine,” Wolf said. “It’s been an honor to have them on board with us all season and to now have them as the primary sponsor on the side of the car for this weekend. I hope we can represent Blendtek well and bring them back a Wally.”

Wolf enters Las Vegas with a full season of experience behind the wheel of the torque converter-equipped Booher Racing entry. He raced to three consecutive regional-event final rounds – one at Chicago and two at Indy – and won the second Indy race. He then recorded the world’s first 5.2-second pass for a torque converter car at the NHRA U.S. Nationals in Indy. Tuned by 2013 NHRA North Central Region champion Brandon Booher, Wolf has been in the 5.2-second range at all but two races since the U.S. Nationals.

“I’m actually pretty confident that we have a car that can win,” Wolf asserted. “Brandon has the tuneup where he wants it. The car is running consistent 5.2s. I don’t see why we don’t have a good chance at winning this event. As long as I’m on my game on the tree and Brandon keeps the car running consistently quick, I think we have a good chance at leaving Vegas with a Wally.”