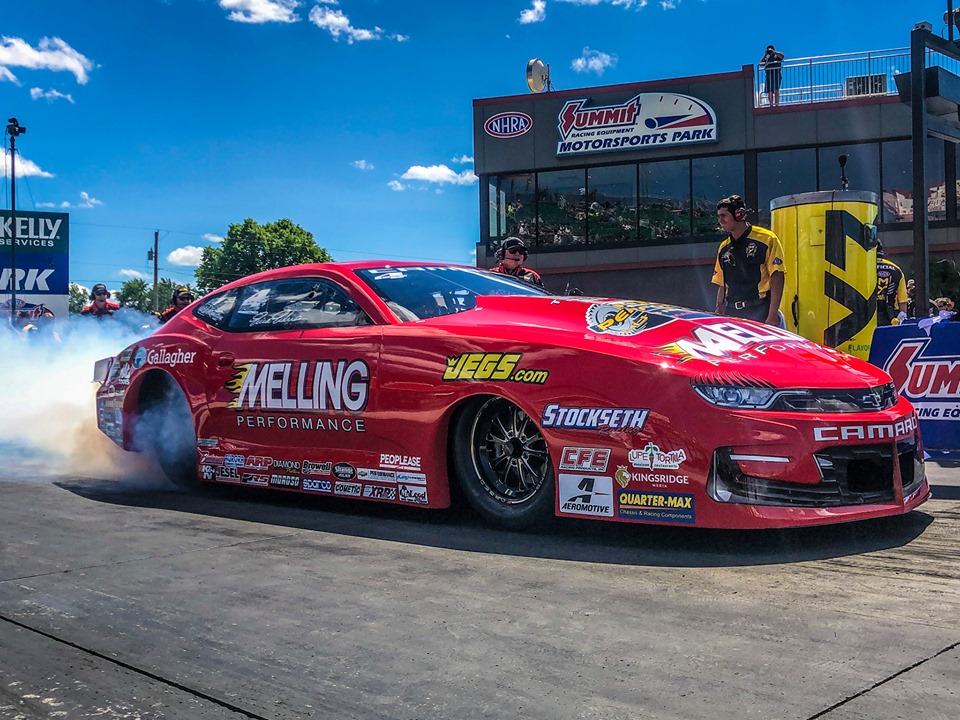 The wait for a victory might be over, but it’s hardly made Erica Enders content. The two-time Pro Stock world champ broke through for her first win of 2019 in St. Louis, putting her in prime position to compete for another world title.

The victory also has Enders and her Elite Motorsports team even more fired up heading into this weekend’s NHRA Carolina Nationals at zMAX Dragway in Charlotte, which marks the halfway point of the six-race NHRA Countdown to the Championship.

“I’m more determined than I’ve ever been, my team is confident and it’s all coming together at the right time,” said Enders, who has 24 career Pro Stock wins. “Winning definitely encourages us to keep going. Not that the fire is ever gone, but (a win) just reignites it. I’m very excited about the four remaining races. We have every intention of going to the next four and trying to win them.”

Enders is certainly energized after the St. Louis triumph in her Melling Performance/Elite Motorsports Chevrolet Camaro, a race that included her 50th career final round and her second straight No. 1 qualifier. 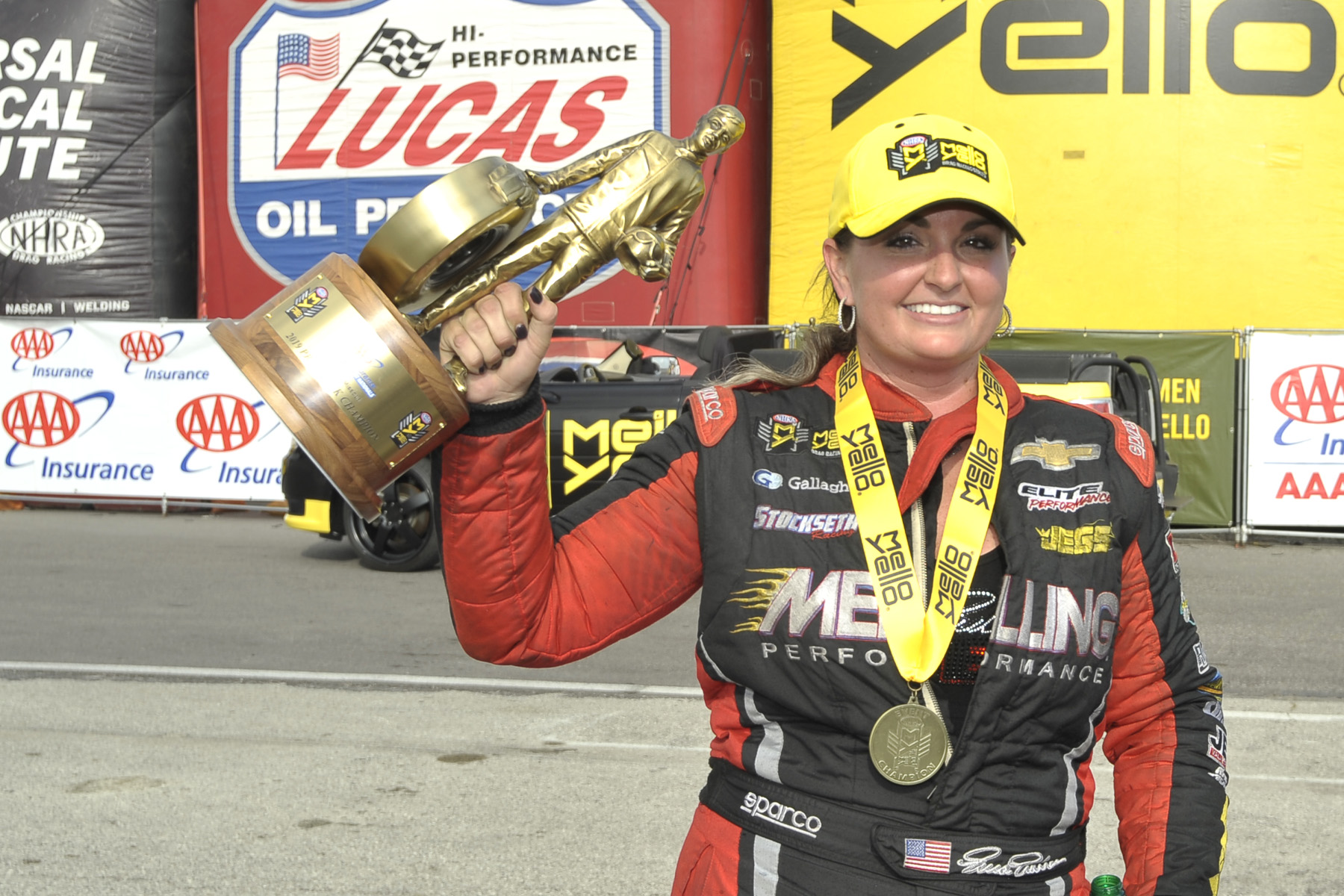 She’s now just 11 points outside of first heading to a track where she has two career wins. In truth, the team has been rolling since early August, advancing to three final rounds in the last four races. Getting a victory was the final hurdle and a wave of support has followed.

Enders estimated she has received hundreds of congratulatory messages since the victory, also celebrating a birthday before heading to Charlotte. But the overwhelming show of support has had a considerable impact on the entire team.

“It’s been really cool,” Enders said. “It’s been great seeing the people really rally behind us. It definitely makes me smile. We’re so determined and this team works so hard at this, to have it slip through our fingers and then come through, I think people feel the sense of relief with us. All the fans, all the messages and everyone sticking with us, it means a lot to me. It’s been really cool to see.”

The team has been locked in since the victory, anxious to keep the string going at state-of-the-art zMAX Dragway for the 15th of 18 races during the 2019 Pro Stock season. Enders has been proud with the way the team has battled through the adverse times this season, pushing forward with hopes it would all come around.

Now that it has, the goal in Charlotte is to keep plugging away. Enders has been dynamite on the starting line, she’s noticed a renewed confidence in crew chiefs Mark Ingersoll and Rick Jones, and the combination has led to impressive results.

“It’s great to have a really good racecar underneath you,” Enders said. “When you have a car that can win, you have to do your job, too. It’s been a team effort every single weekend. I’m confident we’ll continue to have a great car and if we continue to execute, I see no reason why we can’t keep this up. I’m glad we’re starting to see everything come together at the right time of the year.”

Mello Yello Drag Racing Series qualifying will feature two rounds at 3:30 and 6:00 p.m. on Friday, and the final two rounds of qualifying on Saturday at 1:15 and 3:45 p.m. Final eliminations are scheduled for 12 p.m. on Sunday. Television coverage begins at 9 p.m. on Friday on Fox Sports 1 (FS1), continuing with live eliminations coverage starting at 1 p.m. on Sunday.