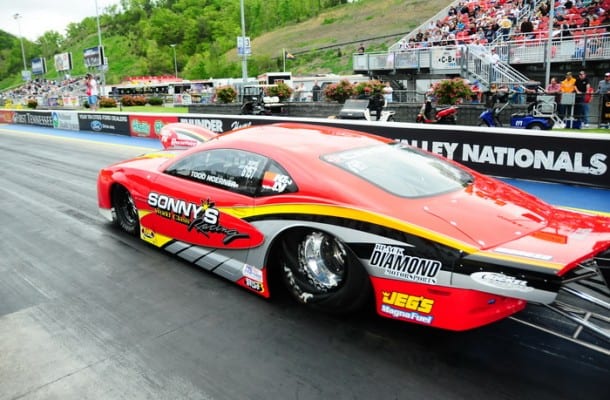 Todd Hoerner always wanted to get back in the seat of a Mountain Motor Pro Stock car. With his name still on the Camaro he sold years ago, it only seemed fitting he would return in that car.

Hoerner will race the Jerry Bickel Race Cars Camaro he sold to Tommy and Paula Zarella at this weekend’s PDRA East Coast Nationals at GALOT Motorsports Park, kicking off Hoerner’s return to competition.

He plans to run the full PDRA season in Extreme Pro Stock and race in two NHRA Mountain Motor Pro Stock exhibition races, diving right back to the sport he loves.

“We’re super excited,” said Hoerner, who will be joined by his wife, Nicole, and his daughter, Kassidy, at GALOT. “I definitely miss the competition and racing those big mountain motors for sure.” 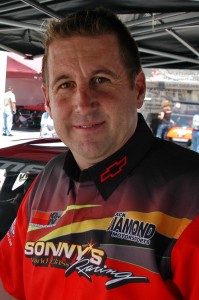 The Zarella family, which also includes their daughter Tianna, are well entrenched in the sport, purchasing Hoerner’s Camaro a handful of years ago. But the car got little use, and Tommy and Hoerner talked the past couple years about bringing the car out for Hoerner to race. A little over a month ago, those talks became reality.

With Hoerner’s name still on the car, he met Zarella, who brought the car, golf cart, spare engine, transmission and everything else Hoerner will need for a full PDRA season and NHRA exhibition races in Charlotte and Bristol.

It was an exciting time for Hoerner, who formed a strong relationship with the Zarella family after first selling the car. That bond and friendship was likely a major key in getting the car back and it couldn’t have worked out any better.

“We got to be pretty good friends after he bought my car years ago,” said Hoerner, the sales manager at Sonny’s Racing Engines. “He’s bought several engines from me and he’s just a good guy. It’s kind of a neat deal. I always wanted to get back in the seat again, it just had to be the right timing. All the stars had to line up and they finally did, and we’re super excited.”

It’s the same car Hoerner debuted in the ADRL in 2012, which turned into an impressive season for the standout driver. Now, he’s hoping to recreate the magic that led to a win in St. Louis and ADRL Rookie of the Year honors.

He has worked hard to get the bugs worked out on both engines and the rest of the car, and Hoerner immediately had a great feeling when he sat back in the car.

“That’s the car I had built for myself from Jerry Bickel, so it fits perfect,” Hoerner said. “Everything is right where I want it. It’s just like sitting in a recliner at home. It’s perfect. I think we’ll be okay.”

Hoerner is working closely with Adam Lambert at Precision, while his team will be composed of standout crew chief Brian “Lump” Self and assistant Dewayne Neville. It’s a proven team and Hoerner has big expectations. He’ll race in the four-wide NHRA event at the race in Charlotte, adding a certain highlight to his 2019 campaign, but his main focus will be the PDRA season. A good start at GALOT this weekend would make a strong impression and Hoerner is aiming high.

“Bristol is a super nice track and I’m excited to do Charlotte,” Hoerner said. “We’ve never done the four-wide, so I’m kind of excited to do that. We’re obviously shooting for the championship like everyone else is, and hopefully we’ll have our ‘A’ game.” 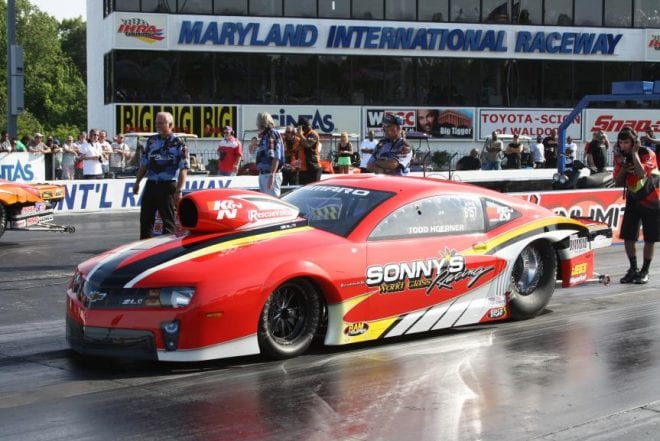