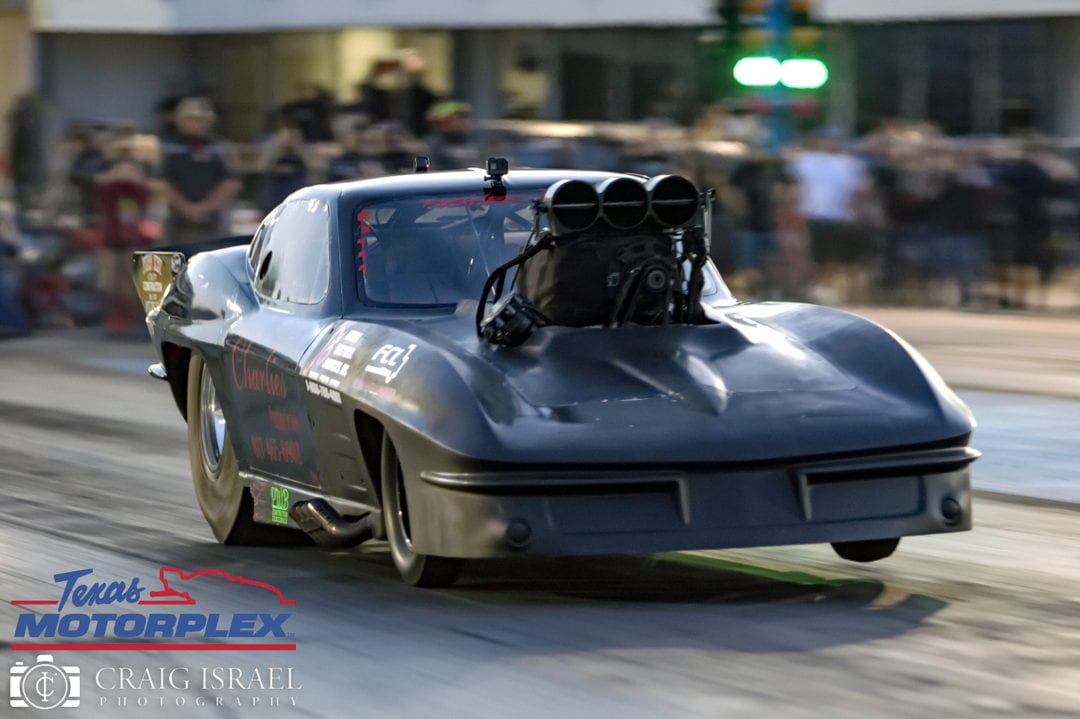 Texas Motorplex General Manager Andy Carter dedicated the race to the memory of Tom Conquergood, event and motorsports marketing manager for O’Reilly Automotive Inc., who unexpectedly passed away the morning of the event. Carter said Conquergood helped get O’Reilly Auto Parts on board with the TOPMA series at the Motorplex, which will feature four more races on the first weekend of the next four months.

“Tom loved TOPMA racing and he loved coming here to the Texas Motorplex, too,” Carter said. “But it wasn’t just the big events or the big tracks that he and O’Reilly Auto Parts supported. Tom loved all kinds of racing, whether it was at the local drag strip or circle track or even kart tracks. He was just a great guy to be around and his influence on racing in general will be greatly missed.”

Wiley, the two-time defending TOPMA champion, led 16 entries with a 3.69-seconds blast at 206.70 mph over the Motorplex eighth mile, with Chad Sheffield, Bill Doucet and Doug Riesterer completing the top half of the eight-car qualified field. 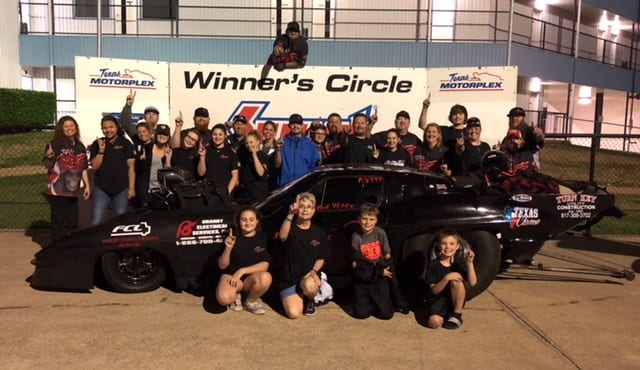 Driving his supercharged, Hemi-powered ’63 Corvette, opened eliminations with a slightly quicker and faster 3.68 at 207.98 mph to beat 8th-place starter Jim Brinkerhoff, then took down Riesterer with an off-the-pace 3.87 at 192.66 to reach the final round. Waiting for him there was Doucet, who drove his Clayton Poole-owned ’41 Willys past Keith Hollenshead with a 3.83 at 202.18 mph in the first round and went another 3.83 at 202.45 to beat Sheffield in the semis and earn lane choice for the final.

Though quick and consistent, Doucet realized he remained the underdog for the final and knew he had to leave the line first to have a chance at Wiley. Doucet did his job with a stellar .006 reaction time in the left lane, while Wiley suffered his worst light of the day at .075, but a solid 3.79 at 203.25, Doucet’s best run of the weekend, still wasn’t quite enough as Wiley reeled him in slightly past half-track and won with a 3.69 run at 208.42 mph, which also set a new top-speed record for the TOPMA series.

“I saw he left first, but I really wasn’t too concerned because I knew as long as it hooked up I still had the performance advantage. Fortunately, Bill had been in the left lane all day while I was in the right, so I got to stay where I wanted anyway,” Wiley revealed later. “My lights have been off a bit ever since I got this car. I was always at about .020 to .030 with my old car, but I’ve only been racing this one for about a year and I’m still getting used to how it leaves.”

“TOPMA is a good series for us to run with and I always like racing at the Motorplex,” added Wiley, who hails from nearby Ft. Worth. “We have five races here this year and five at Xtreme Raceway Park, the new track not too far from here, so it was good to get a win in early. I’m definitely looking forward to coming back here next month.” 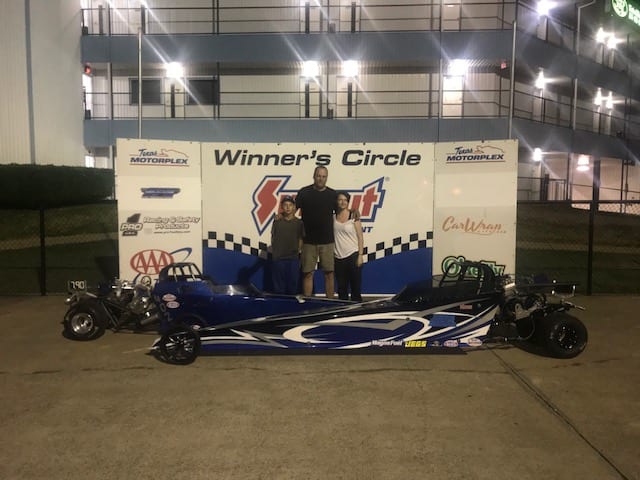 Also picking up wins at the Texas Motorplex this past Saturday were John Yates, who benefited from a breakout run by Tommy Platt in the 5.0 Index final, Roy Britain in the 5.50 class, and Ryan Gleghorn, who drove his ’71 Pinto to dual titles in 6.0 and 7.0 Index action. The 7.90 Jr. Dragster final went to Shelby Jones, who beat her brother, Daniel, with 8.90 Jr. Dragster honors going to Dylan Smoot, while Race Ragland took the 11.90 Jr. Dragster title home to Oklahoma.