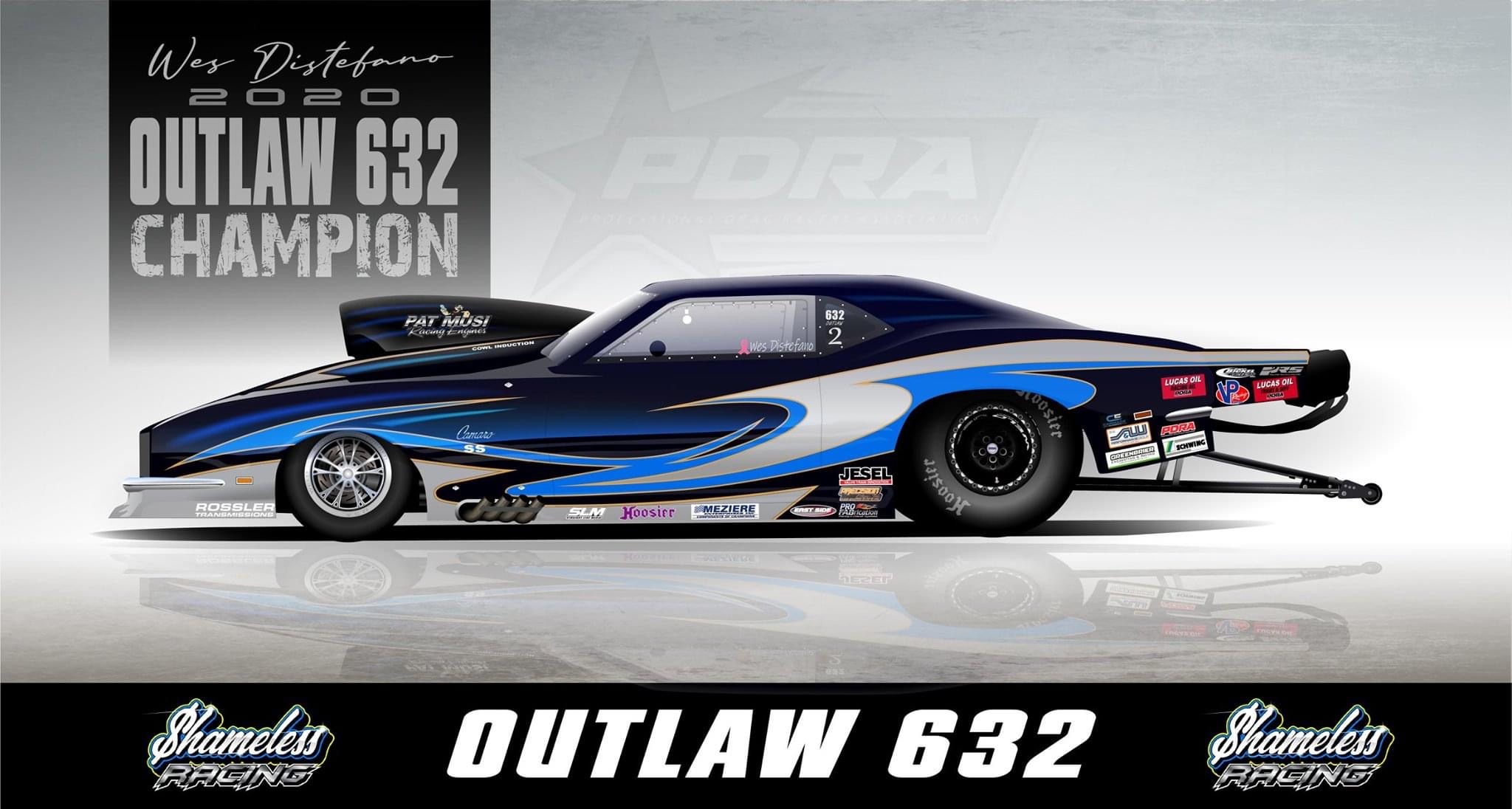 After taking runner-up honors in the 2019 PDRA Pro Outlaw 632 world championship battle, Wes Distefano and his Michigan-based $hameless Racing team were determined to improve a spot in 2020.

Distefano immediately started winning rounds right out of the gate. Runner-up finishes at the first four races of the season ensured Distefano was in the championship hunt all season long.

“We came into the 2020 season for PDRA and it was just business as usual,” Distefano says. “We were pushing ourselves, but everything was still really tight. The car counts were a little bit down, but we still had a handful of guys who were coming out and it was anybody’s race. We worked hard, we fought hard. We ended up continuing to runner-up.”

Distefano finally broke through for his first win of the season at the penultimate race on tour, DragWars presented by Modern Racing at GALOT Motorsports Park. He wheeled his nitrous-assisted, Musi 632-powered ’68 Camaro to a holeshot win over two-time world champion Dillon Voss in the final round.

“It’s really great to get the monkey off our back,” Distefano said after winning the race. “Honestly, my confidence wasn’t there. I was really dreading that fifth runner-up. For us to be able to pull it off on a holeshot, that makes it a little more special as a driver, but I’m just so happy for me and my team. We worked really hard. We worked our tails off. It feels really good.”

Rain and humidity cut the Proline Racing Brian Olson Memorial World Finals short before eliminations were completed. Distefano was one of the three drivers left in the semifinals, giving him enough points to hold off Voss for the championship.

Winning the championship was such an accomplishment that it still hadn’t quite set in for Distefano a full month after claiming the title in mid-October. 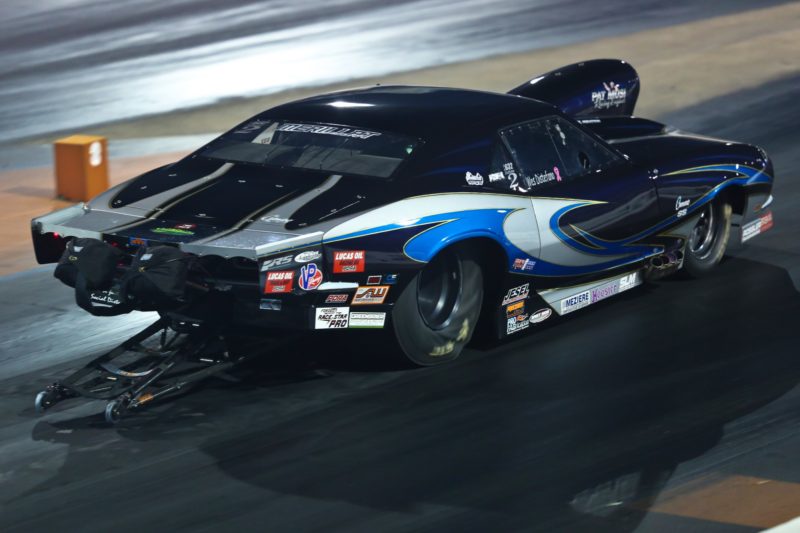 “I’m a pretty humble person, but I’m also very motivated and I often don’t take time to absorb many of my accomplishments,” admits Distefano, who also won the Milan Dragway Outlaw 632 season championship. “It really hasn’t set in yet. I’m proud of what my team did. My team worked awfully hard. I’m proud of what I did. I’m proud that the sacrifices I made, the time spent away from my family, the time with all my crew working hard, the blood, sweat and tears, so to speak, that it paid dividends for us.”

Distefano credits the help of his parents, David and Brenda Swallow, as well as crew members Troy and Shawne Russell, who were assisted in 2020 by fellow Michigan-based Pro Outlaw 632 competitor Vinny LaRosa and his crew members, Aaron Cashwell and Clyde Lovett.

Distefano and the $hameless Racing team will be ready to defend their championship when the PDRA season kicks off April 8-10 at GALOT Motorsports Park.

“I’m always thinking about what’s next,” Distefano says. “Like I say to people, it’s really not about the kill, it’s about the hunt. It’s about the challenge. That’s what excites me.”