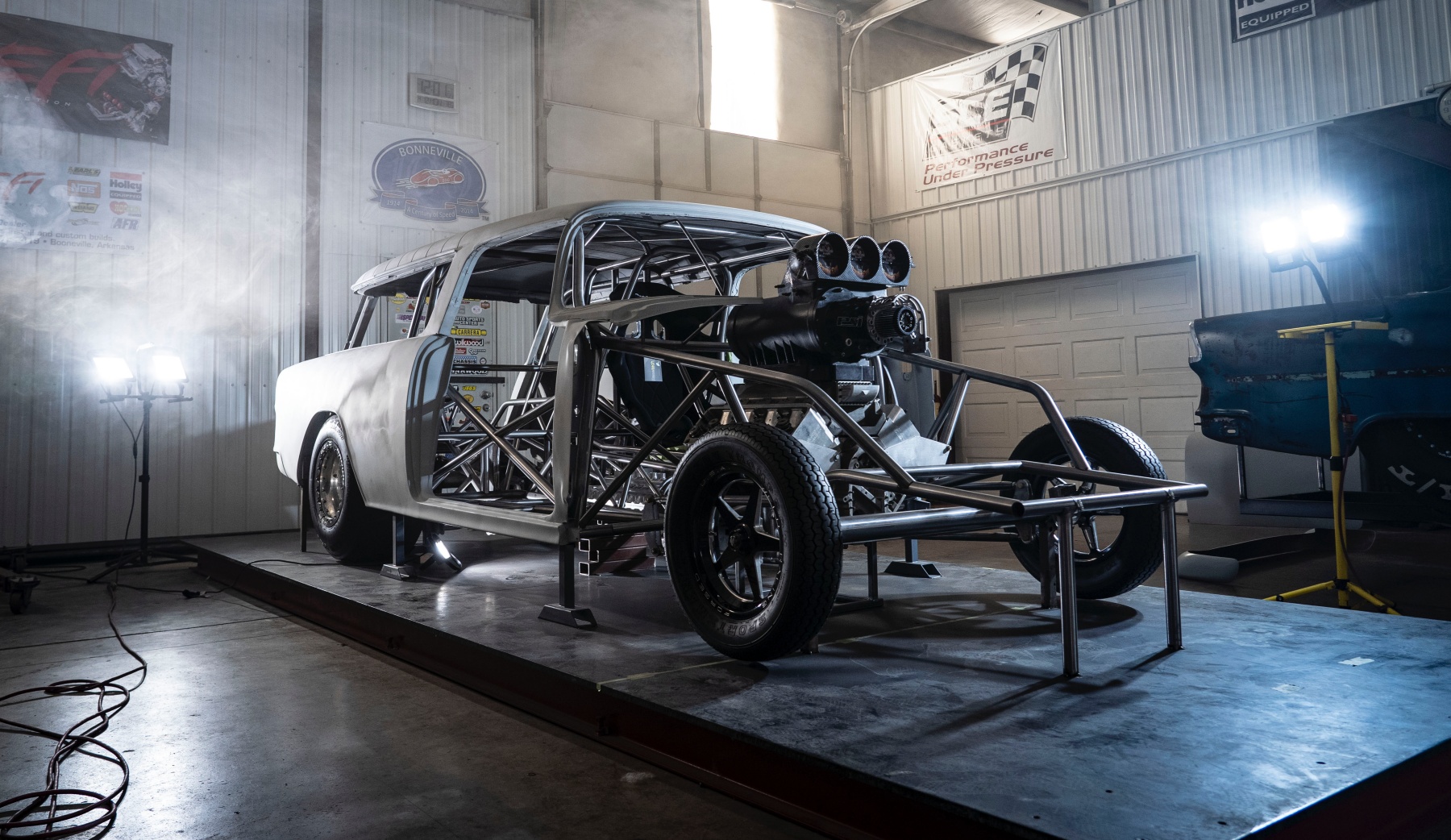 When HOT ROD Drag Week star Tom Bailey’s barrier-breaking “Sick Seconds 2.0” ’69 Camaro suffered a blazing top-end fire during an exhibition pass at the NHRA Gatornationals in March, fans started wondering what was next for Bailey. It turns out he is already well on his way to hitting the track with another headline-grabbing hot rod, as he unveiled the start of his next car, a wild screw-blown Chevy Nomad “gasser” on drag radials. Oh yeah, it will be able to run on nitromethane too.

Bailey wanted something a little different than his twin-turbocharged, Pro Mod-style “Sick Seconds 2.0” Camaro, which became the first 5-second entry in Drag Week history in 2019. A conversation with Dennis Taylor of Dennis Taylor Hot Rods at the SEMA Show in Las Vegas helped Bailey spark some ideas. When he was ready to start the build, he went to Taylor.

Nicknamed “Sickness,” the ’55 Chevy Nomad features a full tube chassis, a straight front axle and that classic “gasser” stance. The screw-blown Steve Morris Engines big-block engine will run on one of three fuels: pump gas, methanol and nitromethane. Pump gas will be used when driving on the street, methanol will be used to make passes and nitro will run through its veins for burnouts and cackling. The car will run on drag radials and will be street legal. 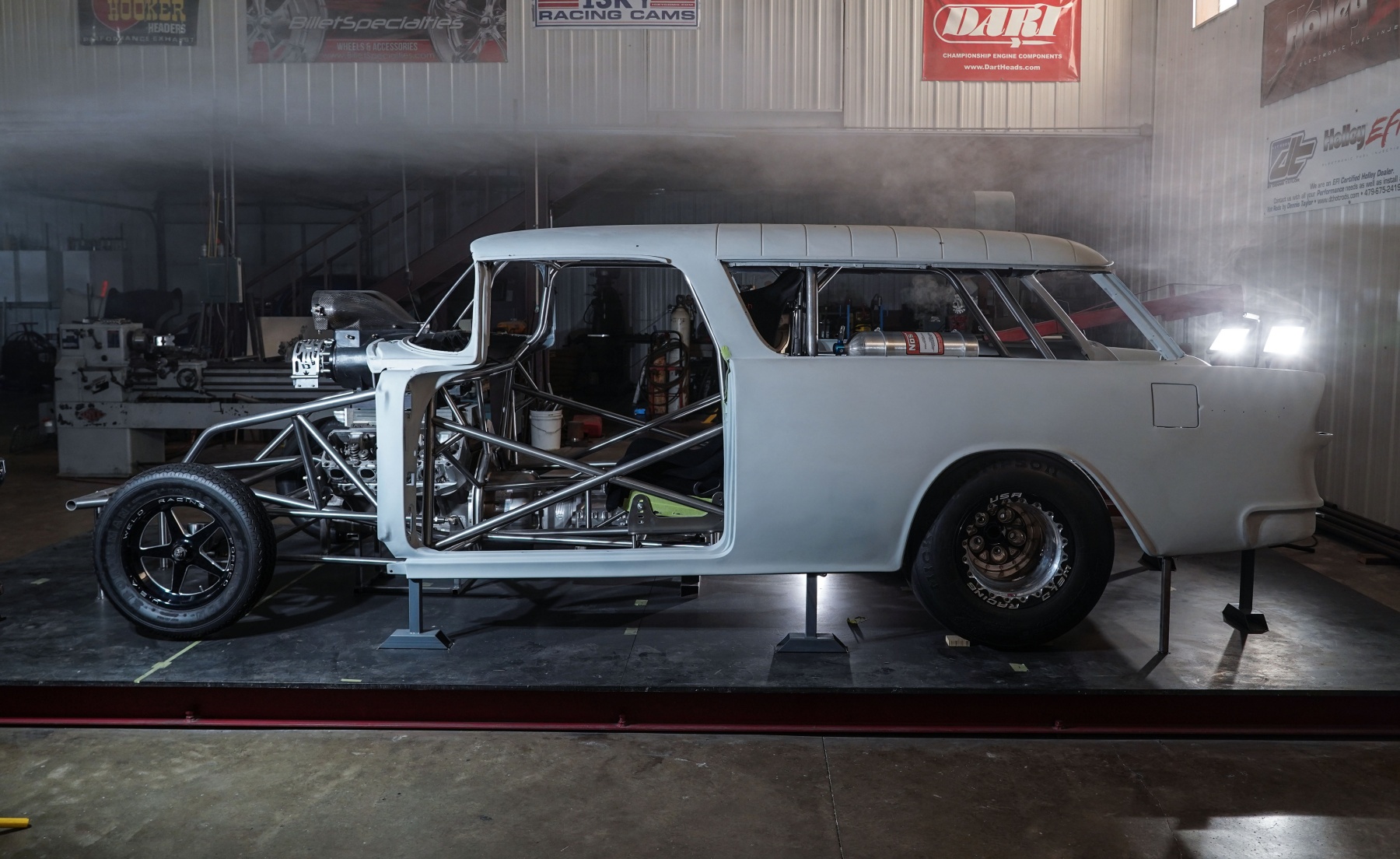 According to Bailey, the new car “aims to do as many things wrong as possible while still being fast.” The car is still a work in progress at Dennis Taylor Hot Rods, and the project will be documented on Bailey’s YouTube channel.

This won’t be the last Drag Week-style build Bailey unveils this year, with another one set to come before the end of the month.