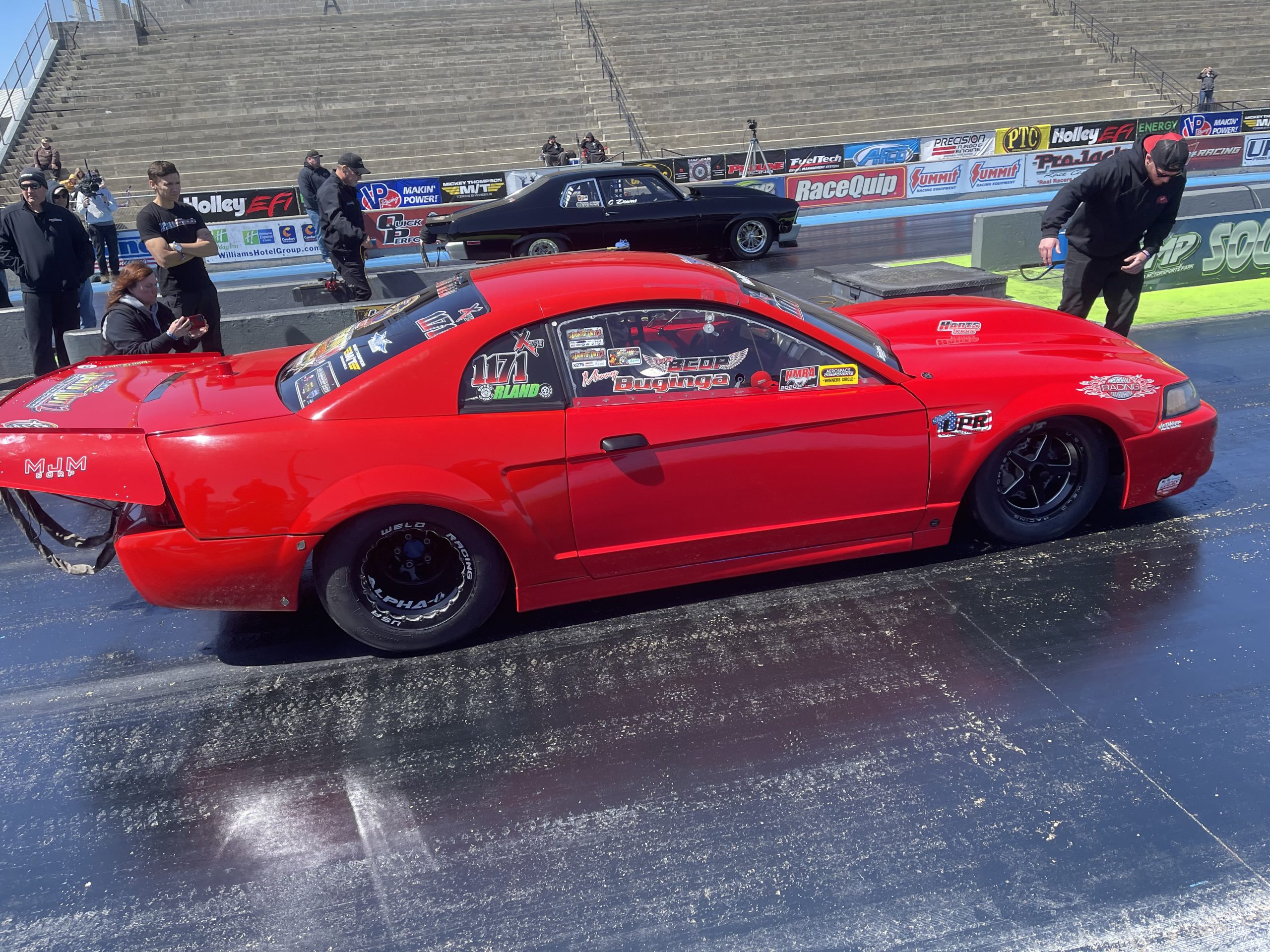 Now in its fourth season, Duck X Productions’ Sweet 16 has brought together some of the biggest stars in small-tire racing to race for great money in front of a limited crowd of VIP spectators. Sweet 16 4.0 took place at South Georgia Motorsports Park over the weekend, and in typical fashion, records were set and history was made.

In case you weren’t able to tune in over the weekend, check out this collection of some of the biggest performances and most memorable moments from Sweet 16, featuring videos from Kyle Christ at Straight Line Media. Find more racing videos like these on the SLM Facebook page.

Stevie “Fast” Jackson admitted he’s been in a bit of a slump to start the 2021 season. The two-time and defending NHRA Pro Mod world champion suffered early exits in his supercharged “Shadow 2.0” Camaro Radial vs. the World car at the U.S. Street Nationals in January and Lights Out 12 at SGMP in February, then missed the 16-car Pro Mod field at the NHRA Gatornationals in March.

Citing “blower weather” going into the weekend, Jackson was confident he would bounce back at Sweet 16. The Georgia native backed up his talk, racing past Casey Buschmeyer, tuning client Marcus Birt and new record holder Daniel Pharris before knocking down Brad Edwards in the Radial vs. the World final round.

Almost a month after the tragic and unexpected passing of rising star Blake Copson, the radial racing community came together on the starting line on Saturday to pay tribute to the 27-year-old wheelman known for his natural driving abilities and his infectious smile and personality.

Ken Quartuccio, who was tapped to drive Manny Buginga’s “Big Red” Mustang that Copson previously drove in X275 competition, jumped in the car to make one last pass for “BCOP.” Josh Ledford, who tuned Copson’s “Root Beet Rocket” Corvette in Outlaw 10.5, flipped the switch to activate the tree as promoter Donald “Duck” Long stood by his side. Quartuccio idled down the track when the tree dropped, leaving an emotional crowd behind him on the starting line. It was a powerful moment and a fitting tribute for a young man gone far too soon.

Mo Hall, known for tearing up the Outlaw 10.5 world in his nitrous-fed, Fulton-powered Corvette, continues to make waves in Pro 275. After winning Lights Out 12 in February, he notched a second consecutive win on Saturday when he drove his Brandon Switzer-tuned ‘Vette to a final-round victory over Adam Preston.

Shawn Ayers and team owner Fletcher Cox notched another season milestone when Ayers lowered the Pro 275 elapsed time record to a 3.667 at 203.61 MPH during Friday qualifying. It was the second major happening of the season for Ayers and Cox, as Ayers drove Cox’s Pro Mod Camaro to victory in Xtreme Pro Mod at the NMCA season opener in March.

California’s Roger Holder joined a growing list of small-tire drivers to take flight at South Georgia Motorsports Park, as his show-quality twin-turbo ’68 Nova took off during the second round of Pro 275 qualifying on Thursday evening.

Holder wasn’t injured in the incident, though the car suffered enough damage to put it on the sidelines for the rest of the weekend.

“Thank you all for the support, I appreciate all of you even though I can’t respond to all,” Holder said on a Facebook post. “The good Lord had his hands on me once again and kept me safe. The safety crew did an amazing job as well being there almost before I got stopped, thank you. I’m pretty banged up. Car is banged up as well. I’ll get it apart, assess the damage and get it fixed.”