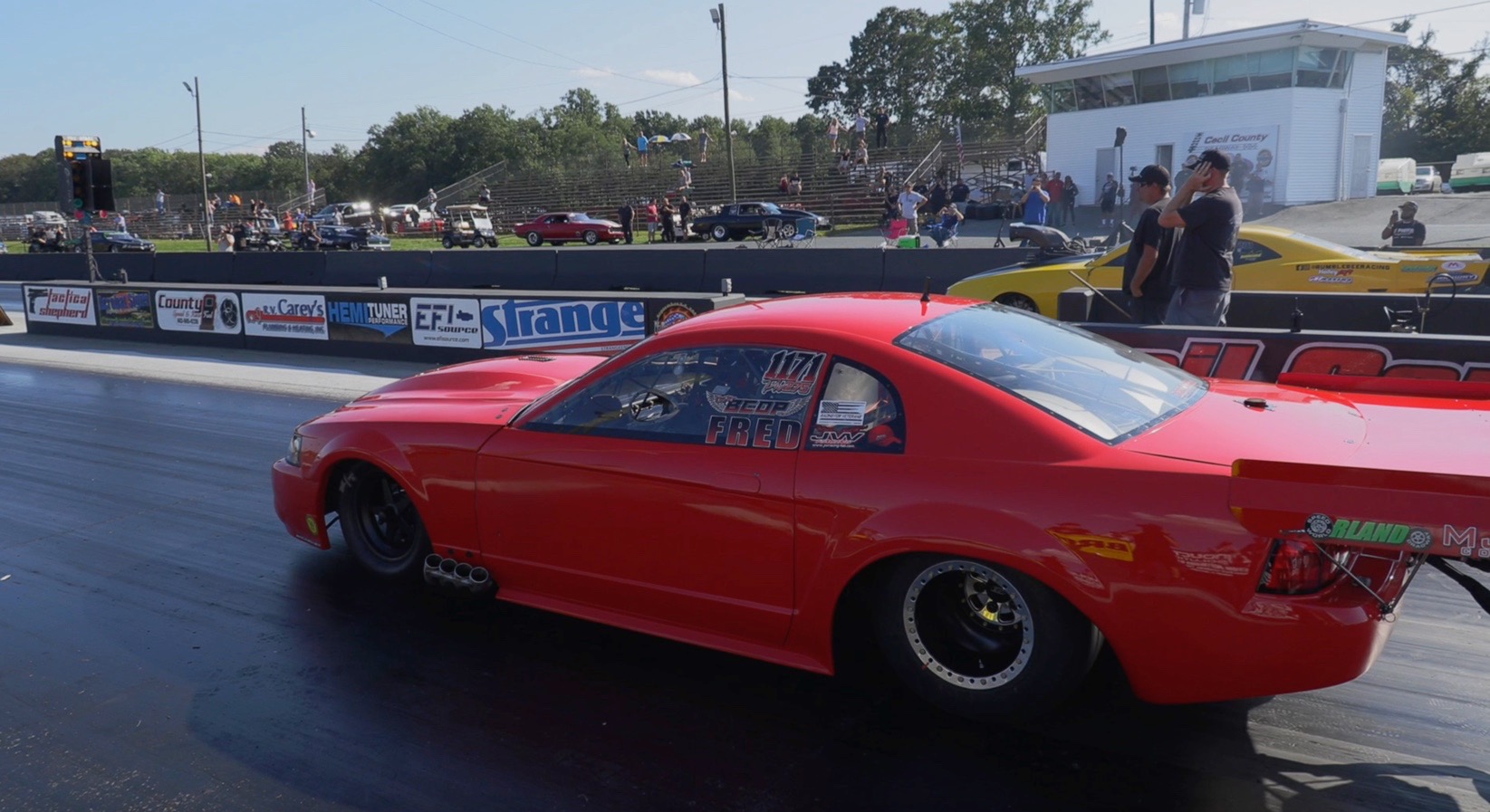 After rain storms pushed eliminations into Monday, the final rounds were contested to crown champions at the 12th running of the Yellowbullet.com Nationals at Cecil County Dragway. The popular outlaw drag racing event featured a range of classes, including Pro Modified, X275, Pro 275 and more. Put on in a partnership between Yellowbullet’s Monty Mikho and track owner/operator Jim Halsey, the Yellowbullet Nationals was yet again a marquee race for Pro Mod and radial racers from up and down the East Coast.

In this compilation from Kyle Christ at Straight Line Media, watch how the final rounds went down. The final round pairings included Mike Decker Jr. and Todd Tutterow in Pro Mod, Jeff Miller and Manny Buginga in Pro 275, Rob Goss and Tony Hobson in X275, Dave Fiscus and Eric Bardekoff in Ultra Street, Dan Germano and Jim Mallis in Top Sportsman, Ryan Weeks and John Sahli in 8.50 Index, Mitch George and Devin Yankey in Warriors A, and Bill Cole and Curt Coucill in Warriors B.

For more on the Pro Mod portion of the event, read our full event recap here. The final round was an epic battle between Maryland’s own Mike Decker Jr. versus doorslammer racing legend Todd Tutterow, who was driving and tuning Tommy Gray’s fan-favorite “Undertaker” Corvette AND tuning Decker’s “Big Change” Camaro. The pair of screw-blown Chevrolets threw down side-by-side 3.68-second passes, with Decker’s .004 starting line advantage giving him the win by just two thousandths of a second. Incredible.