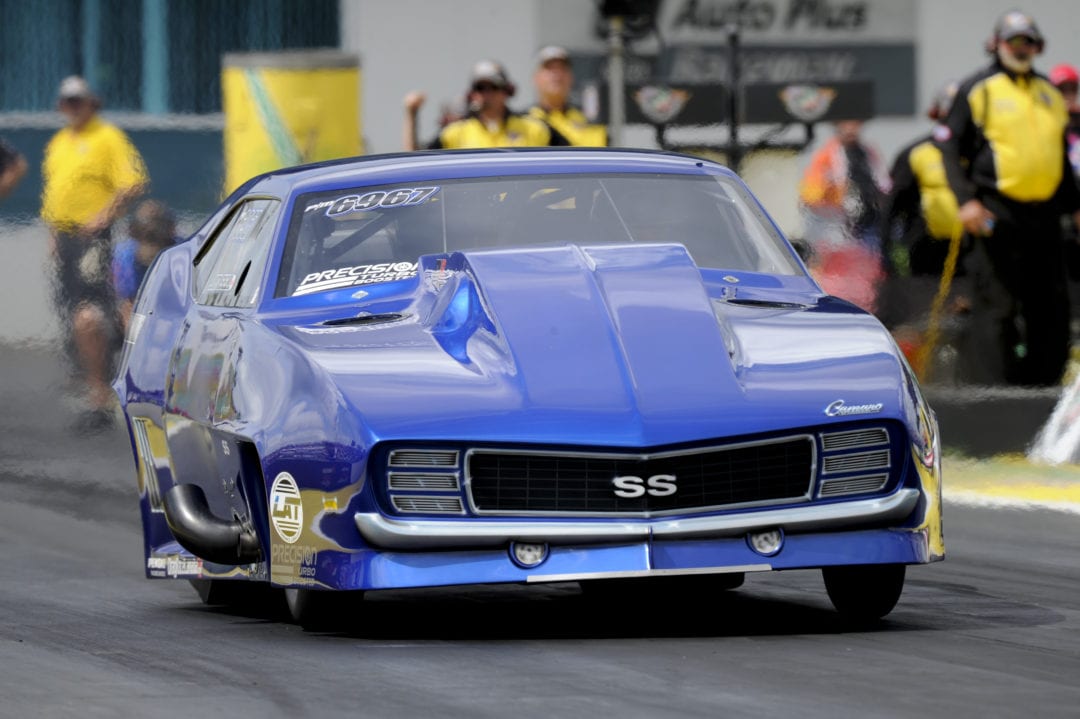 Case in point: Von Smith. A former NHRA Pro Mod champ. Winner of last year’s US Nationals. Where is he in points this year? 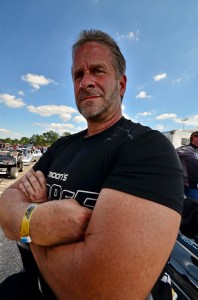 Despite being a standout in his class, after his deal with Al Anabi went away late last year, the 2010 class champ and reigning Big Go victor was on the sidelines. Fortunately, Smith’s friendship with Pro Mod standout Jim Bell has given him a ride starting with this weekend’s NHRA 4-Wide Nationals at zMAX Dragway near Charlotte, NC in one of Bell’s Camaros.

“We talked about it a little back in December when I had lost the Al Anabi thing,” Smith said over the phone Monday morning. “Just talking about it, was all we were doing. Nothing seemed to be panning out and he had so much to do, getting the car ready anyway. He had completely changed the engine program with Carl Stevens and Xtreme Racing Engines and that being said, it was taking a long time.

“He called me, I guess last Wednesday and said, ‘Look, you got anything going on?’ and I said, ‘No, not at the present, nothing that’s concrete anyway,’” Smith continued. “He said, ‘Let’s make it concrete and you drive my car.’ I was excited! I don’t care what it is. I’ve always said this and many, many times it’s been quoted, I’ll race you on foot. I don’t care. I just want to race.”

But there is just a small issue for a man used to piloting a supercharged machine down the quarter mile.

“I think the only butterflies are related to I don’t even know how a turbo car works,” Smith said. “Never been in one. Nitrous, yes, but never been in a turbo car. And I guess all the ribbing from going to a supercharged car to a turbo car. Other than that, I’m good to go.”

“I don’t know what it does, I don’t know how it acts,” Smith said of his new ride. “I can watch them and they’re extremely abrupt in the middle of the track. When I’m used to the supercharged car being abrupt from the start, I want to believe it won’t be that big of a learning curve for me. I hope not. I’m just extremely excited to get this opportunity and that’s all I can say.”

He joins a long list of racers who still have fuel in the tank (no pun intended…alright, maybe a little), but have lost seats. While drivers who may not necessarily have as much natural talent see track time due to a combination of available funding and the ability to give the television cameras what they want, drivers such as Smith ride the pine. He has thoughts on this.

“(P)eople are more involved with the drama than they are the actual credentials and established racers,” Smith said. “People are more into the soap opera and the guy running his mouth because he’s fun to watch. It doesn’t matter if he does good or not. It just doesn’t. And that sells, unfortunately.

“I’m not a brash or outspoken person normally unless you back me into a corner or something. By and large, I just do my thing and that’s it. I don’t know. You can’t live on your laurels, I understand that, but by the same token, you gotta have them to live on in the first place.”

But for Smith, this week, including a test at GALOT Motorsports Park, is about family, racing, and having a good time.

“I think it’s going to be fun. I don’t want strife, I don’t want drama. I just want to go and do my thing and hopefully, it’s good enough.”