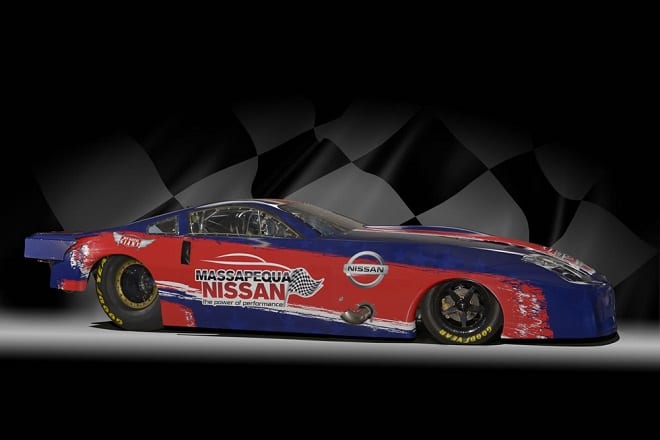 VINNY TEN RACING has officially unveiled the stunning new Nissan that well-respected and record-setting driver, Vinny Ten, will use to make his return to drag racing competition in 2016.

For over a quarter of a century, Ten has worked with turbocharged, multi-valve import engines and developed a reputation as one of the best when it comes to high-performance import cars.

Not just a builder and tuner, Ten also has a long and successful career as a driver. Ten made history behind the wheel of his Toyota Supra, and shattered more records with that one car than many will achieve in a lifetime. He drove both the world’s first six-second Nissan and the first 200+ mph Nissan. Ten also secured the IDRC Outlaw champion in 2003, and won two NHRA Wally trophies at Englishtown, New Jersey and Pomona, California. Ten found tremendous success both as a driver and as a builder in series such as NHRA, NOPI, and more. Over the years, his name has become synonymous with top-level import drag racing.

After taking time off to grow and develop his business, Vinny Ten Racing, which is located on Long Island and produces some of the quickest and fastest import cars in the nation, Ten decided to make his long-awaited and much anticipated triumphant return to drag racing.

Ten partnered with Massapequa Nissan for his new project, and a Nissan 350Z was selected as Ten’s platform. The chassis, which was built by the talented team at Vanishing Point Race Cars, was designed to Pro Mod class specs and features a 3.5L Nissan V6 motor which has been bored out to a 4.0L. The new car will receive a substantial boost of power from a set of twin turbochargers, and will run on a methanol fuel system. World-renowned racing tuner, Shane Tecklenburg, has been tapped to manage the Nissan’s high-end MoTeC system while Eric Luzinski has joined the team to manage the clutch and do chassis tuning.

“I think we’ll be able to get down into the low 6s with this setup. I have high hopes for this car, and I think that we can bring a lot of positive attention to the imports in a world that’s currently dominated by big block domestics. Just because it’s a foreign car doesn’t mean it can’t compete or run with the fastest in the world,” said Ten, whose primary goal is to safely re-legitimize import drag racing in the United States.

Ten’s new car was unveiled at a special event hosted by Massapequa Nissan in Seaford, New York on Sunday, November 15, 2015. The event drew a huge crowd of enthusiastic fans from all over Long Island and beyond, and featured great entertainment including an on-site car show and special autograph session with Ten.

Ten’s plans for the 2016 season include running at least half a dozen races, if not more. His focus will be on series like the North East Outlaw Pro Mod Association (NEOPMA), NHRA Competition Eliminator, PDRA, and large stand-alone events such as the wildly popular World Cup Finals: Imports vs Domestics event in Maryland.