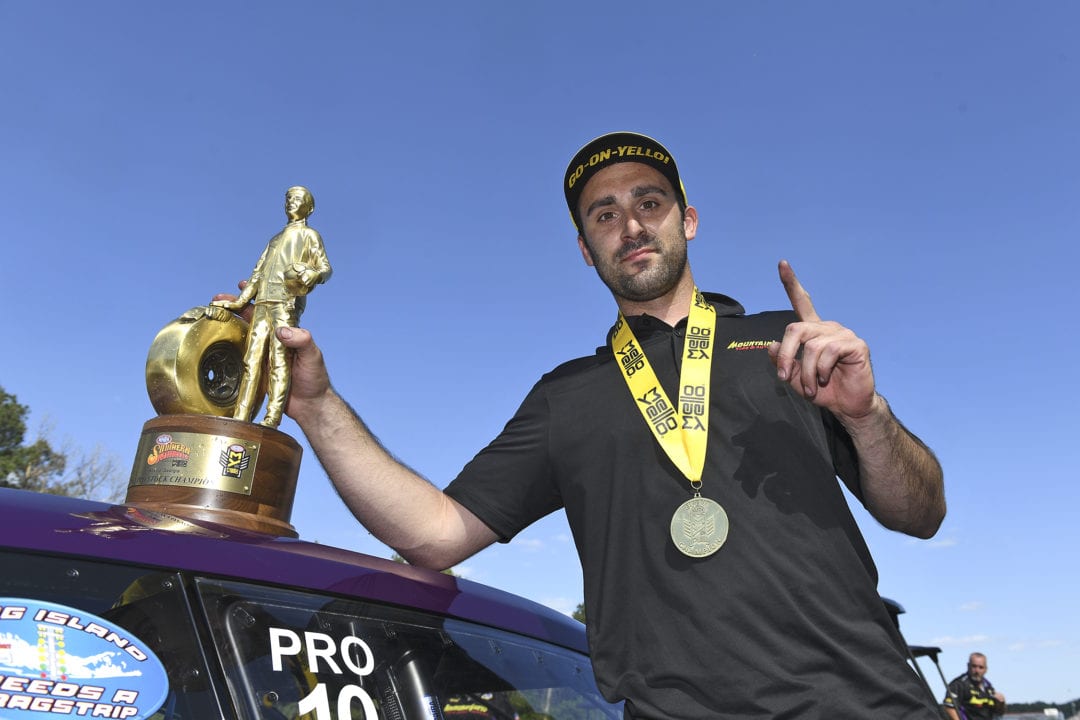 Vincent Nobile wasn’t seeking out a driving opportunity. But when one came to him as unique and exciting as this, he wasn’t about to turn it down.

Nobile will be competing in a Pro Stock class this weekend at the NHRA Four-Wide Nationals at zMAX Dragway, but it’s a different kind of Pro Stock than most are used to seeing him race.

Nobile will drive a Mountain Motor Pro Stock 2017 Jerry Haas Race Cars Camaro owned by Rocky Watford in Charlotte, as the MMPS class races for the second time during the 2019 NHRA season and the first time in the four-wide set-up.

After Nick Mitsos parked the Pro Stock team following the 2018 season, Nobile didn’t expect to be racing in 2019. When he heard from Haas, those plans changed – at least for one race.

“I’m definitely super excited,” said Nobile, who has 13 career Pro Stock wins. “This drag racing stuff gets in your blood and it doesn’t come out. Once it bites you, you’re hooked. We’re going to have a little fun and I’m really looking forward to it. I have to thank Rocky for letting us drive his car.” 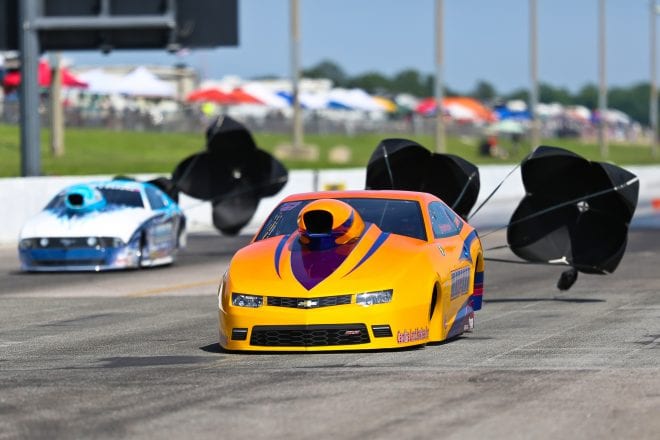 Watford has raced Mountain Motor Pro Stock since the IHRA days and remains a strong supporter of the class.

But neck surgery in January prevented him from racing in Houston and this weekend in Charlotte. Wanting to ensure a 16-car field was filled for the MMPS four-wide debut at zMAX Dragway, Watford and Haas worked on finding a fill-in driver. With Nobile, Watford ended up with one of the most talented drivers in the Pro Stock category and he couldn’t be more excited to take it all in this weekend, even if he won’t be the one driving in Charlotte.

“I wanted to support (MMPS racing in NHRA) because it’s a great way to showcase this class, and Vincent is one of the best drivers out there,” Watford said. “I’ve watched Vincent over the years and I knew his dad (John) from running IHRA, and Vincent has always been a top driver. As good of a driver that Vincent is, we might have a chance to win.”

If there’s one advantage Nobile, who ran a MMPS event in the ADRL in 2013, will have, it’s that he has plenty of experience in the four-wide set-up, racing in several over the years in Pro Stock.

But he hasn’t done anything racing-related since last November, so Nobile admits he may be a little rusty come Friday’s first qualifying session. Plus, the Camaro only has 12 passes on it, meaning there may still be some bugs to work out. Nobile, though, plans to get to zMAX early on Thursday, where he and his father, who enjoyed impressive success in the class during the 90s and 2000s in the IHRA, will go through the car to make sure it’s ready to make a favorable impression before the expected packed house in Charlotte.

“We’ll see if we can knock the rust off in four runs of qualifying,” said Nobile who has a four-wide in Vegas last year. “Hopefully by Saturday we’ll be able to run fast. But we’re not going to complicate things and for my dad, it’s going back to his roots. He’s really good with carburetors so we’ll see what happens.”

Watford believes his car, which is naturally aspirated and has an 825 cubic-inch engine from Sonny’s Racing Engines, has plenty of potential, even with its limited runs. 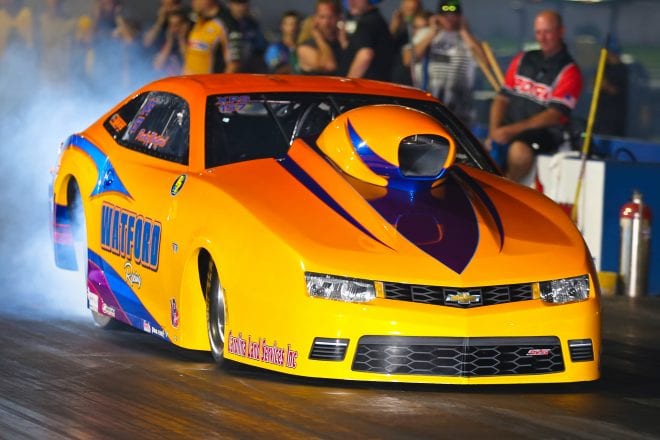 “The NHRA is where you dream of running,” Watford said. “To have someone of their caliber running the car, it’s exciting. We’ll find out how fast it really is.”

Watford hopes he gets cleared by his doctors and get his required 1/4-mile runs – his first since racing IHRA a decade ago – in time for the next Mountain Motor Pro Stock races in the NHRA at Bristol and Epping.

If not, Nobile may get another call as a replacement, but Watford is excited to see the class gain more notoriety with this four-race NHRA schedule in 2019.

“I never really thought Mountain Motor Pro Stock would run in the NHRA,” Watford said. “Fans like the hood scoops and carburetors, and I know it’s one of the best classes out there.”

Nobile, meanwhile, has no concrete plans other than this weekend’s race. He’s ready to race at any time, but he’s not searching out Pro Stock opportunities. The trio of businesses he runs with his father keeps them busy these days, but he does admit it will be nice to get behind the wheel in Charlotte, especially with the attention the Mountain Motor Pro Stock class is getting.

“This is a real-deal class and with some sponsorship and more interest, hopefully it becomes a class,” Nobile said. “All the guys are really looking forward to it and it’s a cool class. We’re all excited and it should be good.” 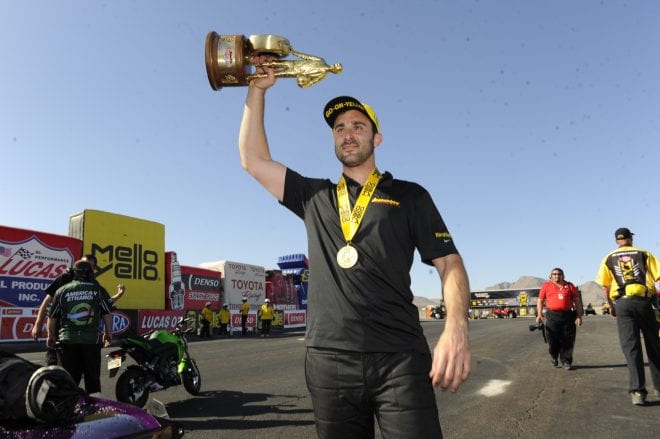