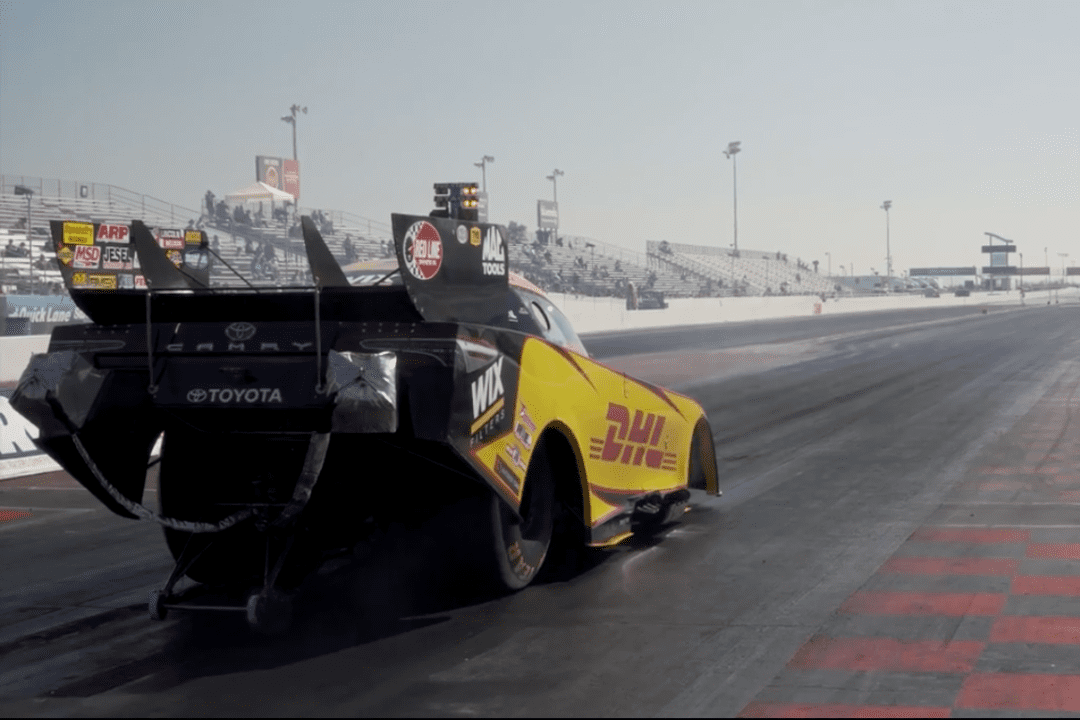 Paul Lee was prepared to embark on a part-time season in NHRA Funny Car in December of 2016 when a widow-maker heart attack put an abrupt stop to his plans with Kalitta Motorsports. Under direction from his doctors, who described the heart attack as “the worst kind of heart attack someone can have”, Lee regrettably announced his retirement from drag racing in February of 2017.

After a year of sticking to an exhaustive rehabilitation program, Lee’s heart efficiency is back to 45 percent, up from 29 percent – “a big jump for someone who experienced 100-percent heart failure.” His progress prompted his doctors to give him clearance to return to the driver’s seat this spring.

Auto Revolution was tagging along with Lee for the weekend and produced this awesome video about Lee’s return to the Funny Car cockpit. It’s exciting to see Lee continue to pursue his passion and we hope to see him on an NHRA Funny Car entry list very soon.