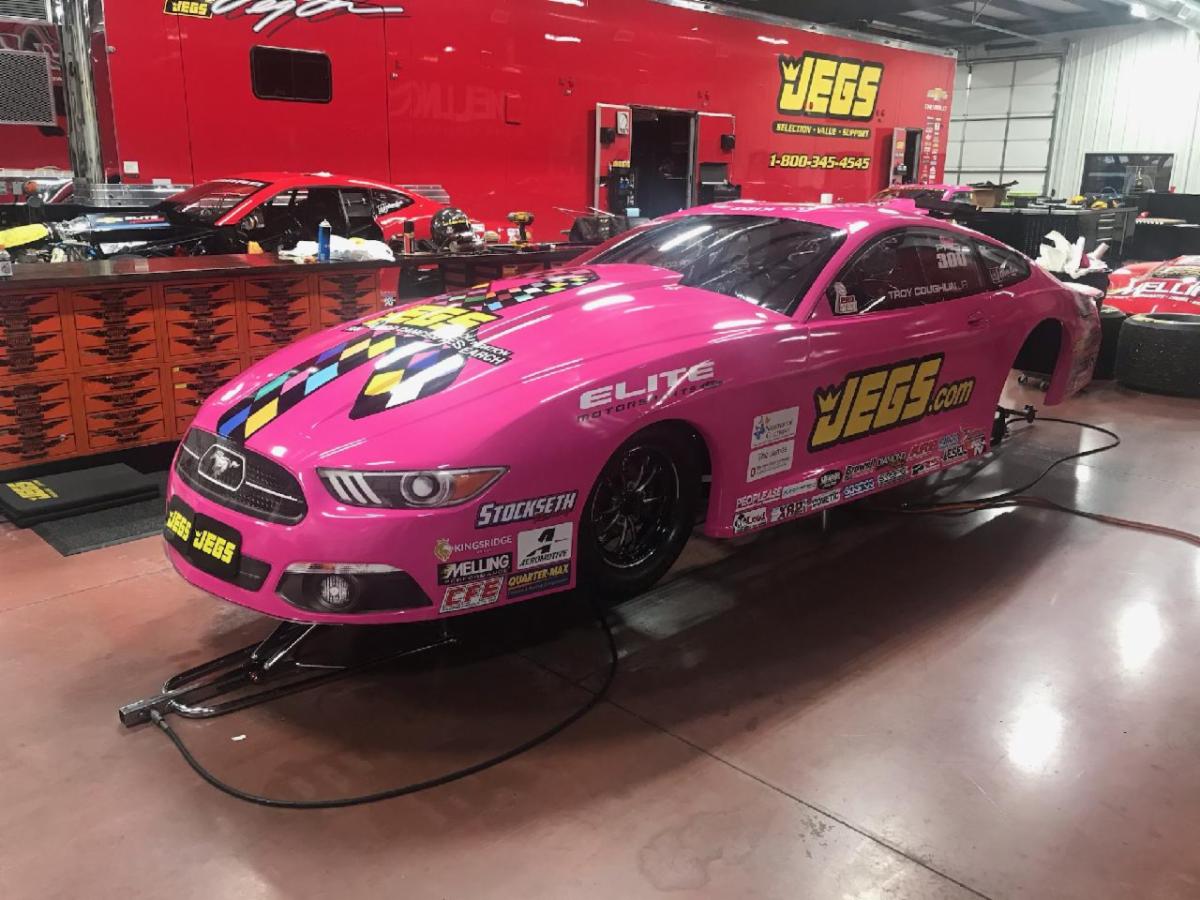 A frustrating and dangerous weekend of drag racing in St. Louis a fortnight ago has left the chase for the Pro Stock championship in a state of disarray and five-time class champion Jeg Coughlin Jr. feeling a touch unsettled.

To avoid crashing at a racetrack that witnessed several catastrophic accidents due to a suspect track surface, Coughlin was forced to abort his second-round race well before the finish line. NHRA officials immediately cancelled the remainder of the action in the class but two days later decided to simply pick-up the action where it left off during this weekend’s 35th annual AAA NHRA FallNationals at Texas Motorplex.

Considering no qualifying had taken place and that the track surface was literally coming apart, desperate pleas were made to redo the race in its entirety but they were ignored by NHRA brass.

As it stands, Coughlin, who led the points for half the season but has since fallen to third place in his JEGS.com Elite Motorsports Chevrolet Camaro, can only look forward and do his best to finish the season strong.

“The result that’s come out of the St. Louis situation is unfortunate,” Coughlin said. “Erica (Enders), Jason (Line) and our group were neck-in-neck in the points and now it appears we may not end up being a part of it all, depending on what happens here.

“We are scheduled to have three more races — in Dallas, Houston and Las Vegas — so there’s still a chance for others to stumble and for us to pull off some wins down the stretch. I certainly don’t see us completely out of the game at this point.”

Coughlin has recorded two wins this year at Pomona and the third Indy race, and has a runner-up result from the first Indy event. Dating back to last year’s Dallas race, he’s accumulated three wins in six final-round showings in a span of nine races.

“It’s been quite a run since last year’s Dallas race, where we were runner-up,” Coughlin said. “We’ve been to plenty of finals and had a good share of success. The last few races have been challenging, for sure, but the worm can turn at any time. We’re optimistic it’ll come back to us this weekend.

“St. Louis was a bad deal but at this point we can only control what we do. I know I’ll do all I can to get these 1,500 horses down the track as best I can every run.” 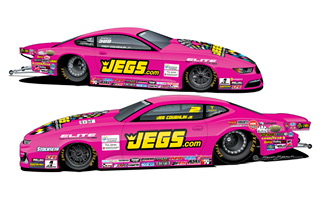 As they’ve done every October for several years, Team JEGS will be all pink this month to bring attention to Breast Cancer Awareness Month. All of the bright pink racecars, crew uniforms, firesuits and helmets will help promote the JEGS Foundation’s long-standing affiliation with The Ohio State University Comprehensive Cancer Center, including the Arthur G. James Cancer Hospital and Richard J. Solove Research Institute, as well as Nationwide Children’s Hospital. The cars were wrapped by Dallas-area installer Mike Zick, with material provided by AGI and designed by Scott Brown.

Joining in the fun will be rookie Pro Stock driver Troy Coughlin Jr., who already has a final-round appearance to his credit this year after reaching the money round at the third Indy race, where he lost to his uncle Jeg Jr. He’ll once again be driving a JEGS.com Elite Motorsports Ford Mustang.

“I enjoy Texas quite a bit so there’s a lot of excitement heading to Dallas and Houston for the next two races,” Troy Jr. said. “Texans love drag racing and they love to have a good time so it’s always a blast when you visit the Lone Star State.

“The Texas Motorplex is a dream track. Billy Meyer drag raced for many years so he built a place racers love. It’s always been a dream of mine to win a black cowboy hat (the traditional prize) so as long as they have one big enough for my head, I’ll be racing hard for it.”

“Pro Stock has been the most challenging,” Troy Jr. said. “I’m still learning so much but I’m having a blast. Working with Rick Jones, Mike DePalma, Robert Freeman and Eric Luzinski has been a real blessing and I’d love to keep them busy on race day and give them a win before the year is over.