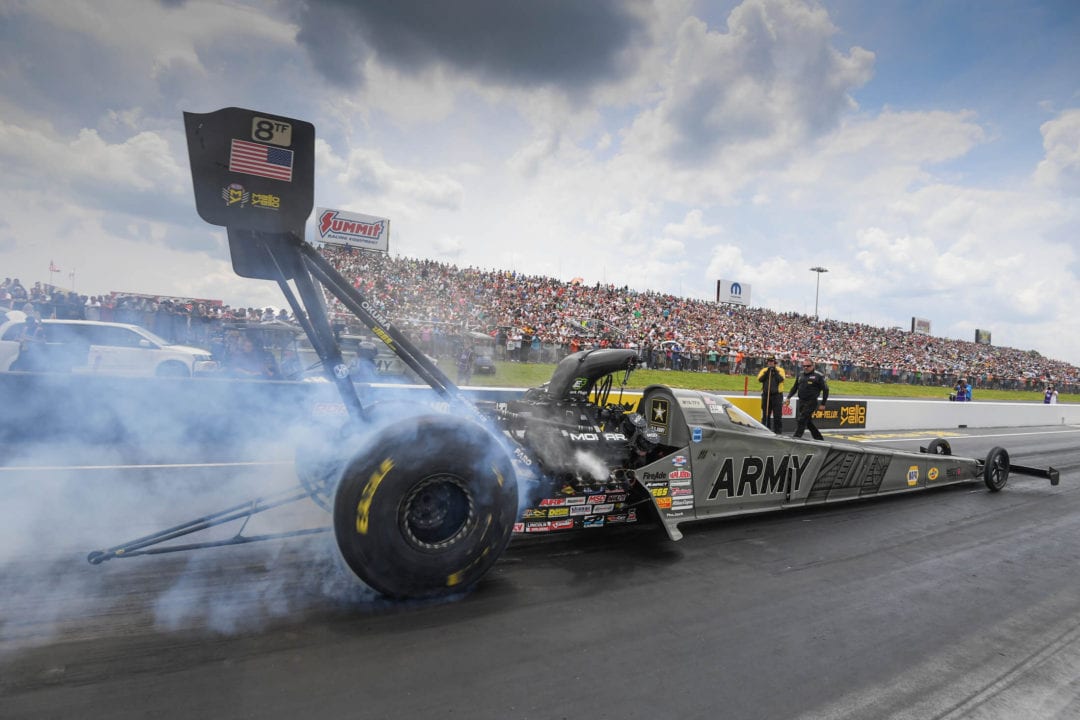 The U.S. Army has decided not to renew its sponsorship with Don Schumacher Racing (DSR) and the National Hot Rod Association (NHRA) due to a reallocation of its marketing budget. DSR is actively pursuing a strong brand to partner with the team and its roster of sponsors and personalities who have contributed to 325 NHRA national event titles and 16 championships.

“The U.S. Army has been a great partner of Don Schumacher Racing for nearly two decades,” said team owner Don Schumacher. “It has been a mutually beneficial relationship with the U.S. Army instilling the mental, physical and emotional strength of the U.S. Army Soldier in all of us. We remain extremely proud of our representation of the U.S. Army and its brave Soldiers who are 100 percent committed to our country. We will continue to activate on behalf of the U.S. Army for the remainder of 2018 while showcasing our acumen to future partners looking to inject their brand with the power and precision that has earned DSR more than 320 wins and 16 championships.”

“The U.S. Army has been an incredibly loyal and longtime supporter of NHRA Championship Drag Racing and we are sad to see them go, especially during a time in which NHRA is experiencing so much success,” said NHRA president Glen Cromwell. “One of the most significant elements of our partnership with the U.S. Army has been its sponsorship of NHRA’s Youth and Education Services program, which hosts approximately 30,000 high school students each year across the country and will continue to do so. Not only does this program serve our communities by inspiring students to pursue STEM-related career opportunities, but it also acts as a powerful recruiting tool for vocational education programs.

“The NHRA Mello Yello Series reaches millions of fans each year at its 24 national events which are each broadcast on FOX Sports. We’ve had seven sellout days so far this season and all of our metrics are up. We are excited about NHRA’s future and look forward to welcoming new partners to our sport.”

The U.S. Army will remain as the primary sponsor of Tony Schumacher and his U.S. Army Top Fuel dragster throughout the remainder of the 2018 NHRA season. Schumacher is the winningest Top Fuel driver in NHRA history, and has earned seven of his eight world titles behind the wheel of the U.S. Army car during its nearly 20-year partnership with DSR.