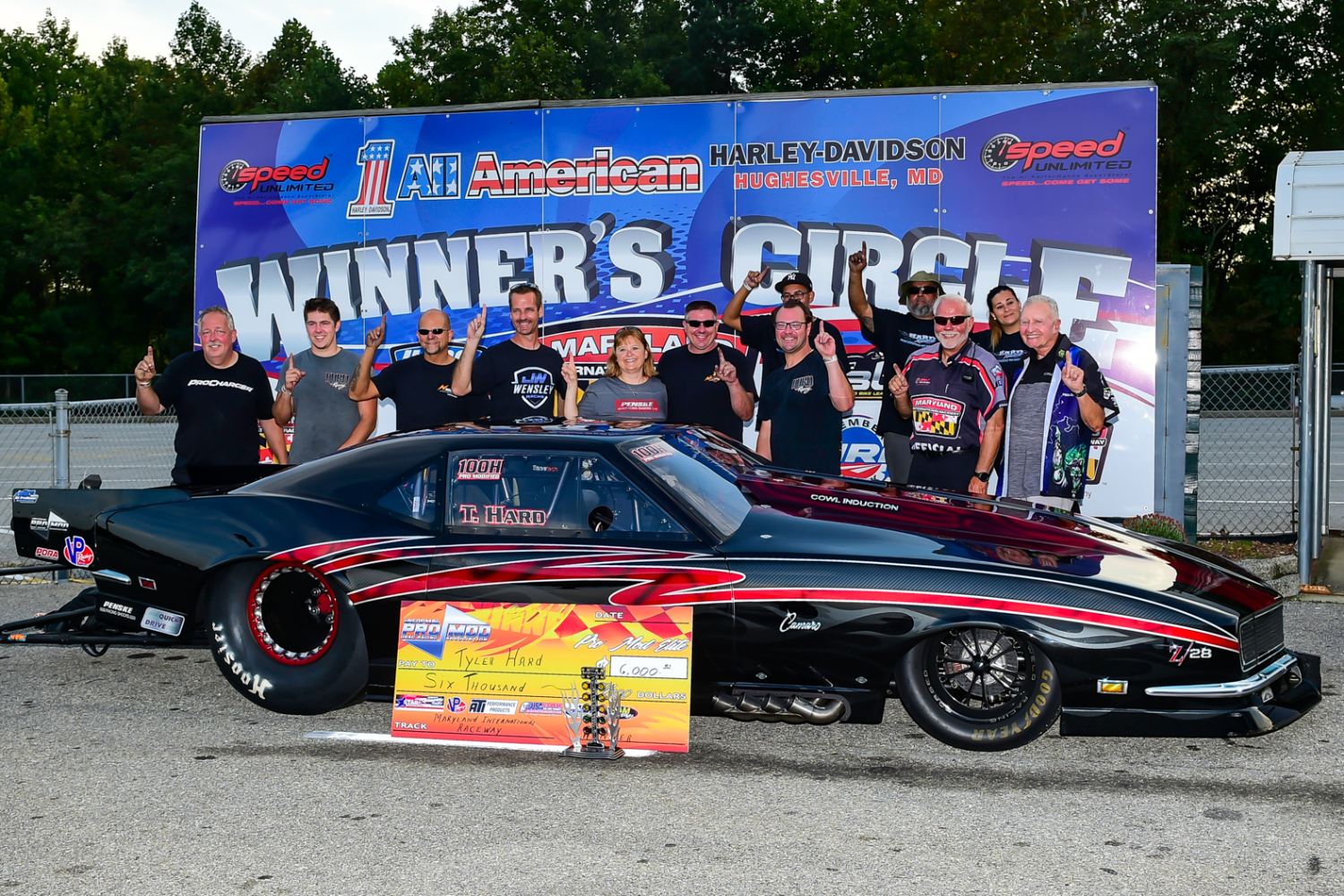 “It was good to see Tyler Hard, tuner Patrick Barnhill, crew chief/teammate Kevin McCurdy and the whole Hard Racing team back in the winner’s circle,” said John Mazzorana, founder and president, NEOPMA. “They’ve struggled all season long, but they seem to be back together and they’re doing great. We really want to thank Brian Hard and the entire Hard family for being not only major racers, but also major sponsors of the club.”

“Race day was exciting, though we did end up with some red lights,” Mazzorana said. “It would’ve been a real battle between Fredy, who’s extremely fast, and Tyler. It was going to be door to door all the way down.”

“Mike’s performance was extraordinary this season,” Mazzorana said. “It was a great championship fight, and it would’ve been even closer if [championship runner-up] Fredy Scriba hadn’t missed two races. As a matter of fact, the top four guys were all within striking distance of the championship, which makes it exciting. Mike and his team did a fantastic job. The Decker family is extremely happy, and we’re happy for them as well.”

While the Superchargers Showdown was the end of the season for NEOPMA, Mazzorana is already looking ahead at next season. Between the support of new and existing members, as well as interest from host tracks, Mazzorana has high hopes for 2022.

“We have to compliment Royce [Miller] and his team, as the track itself was great,” Mazzorana said. “Thanks to him and all the tracks that hosted us this year: Maple Grove Raceway, Maryland International Raceway, Empire Dragway, Cecil County Dragway. Things are looking good for next season. We’ve already received invitations from tracks to fill up a full schedule. We’ve also had members already paying their dues for next year in advance. Interest is very high in the club, and we’re all excited to see what 2022 brings.

Stay tuned to NEOutlawProMods.com for offseason updates, including the 2022 NEOPMA schedule announcement.