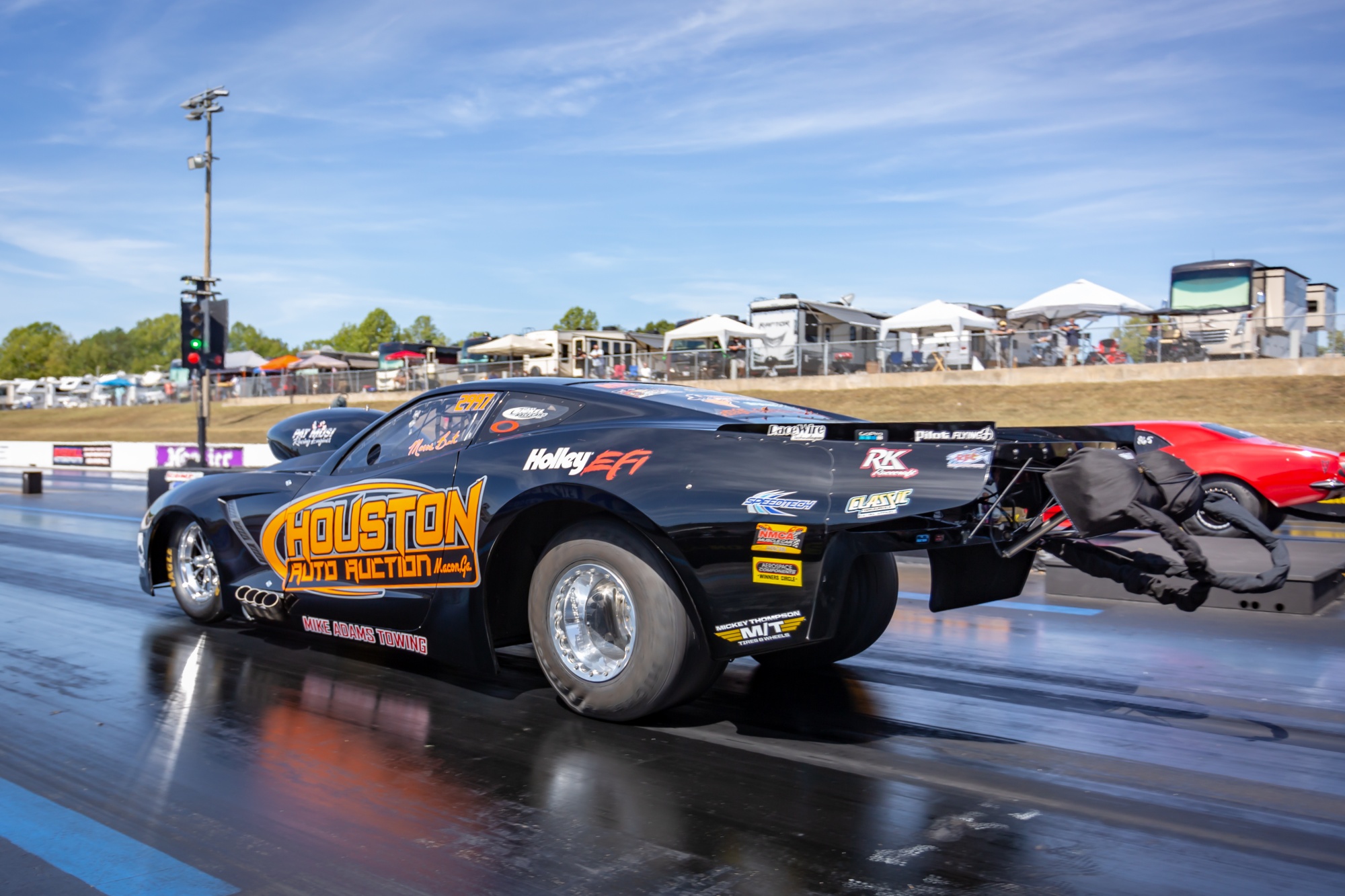 The Comp Cams Shakedown Nationals at Virginia Motorsports Park has come and gone. With it came a revolutionary new format, finally pitting radials against their big-tire counterparts in a battle for supremacy.

Although this might not have been the first time the idea of radials and big tires going head to head was out there, it was certainly the most successful, and well-organized execution of the idea. The credit goes to Tyler Crossnoe, Vice President of Racing Operations at Virginia Motorsports Park and Series Director of the PDRA Racing series.

We wanted to catch up with Crossnoe and get his take on the weekend’s successes and shortcomings, and see if this is a fad or a new direction in the drag racing world.

With this revolutionary new format, what pressure and difficulties did you face going into the race?

With the new format, we were faced with some time crunches. Our team at Virginia Motorsports Park is extremely talented and when we were faced with oildowns and pushing time limits, we were able to get all three rounds of qualifying before the shootout on Friday night then straight to eliminations on Saturday. 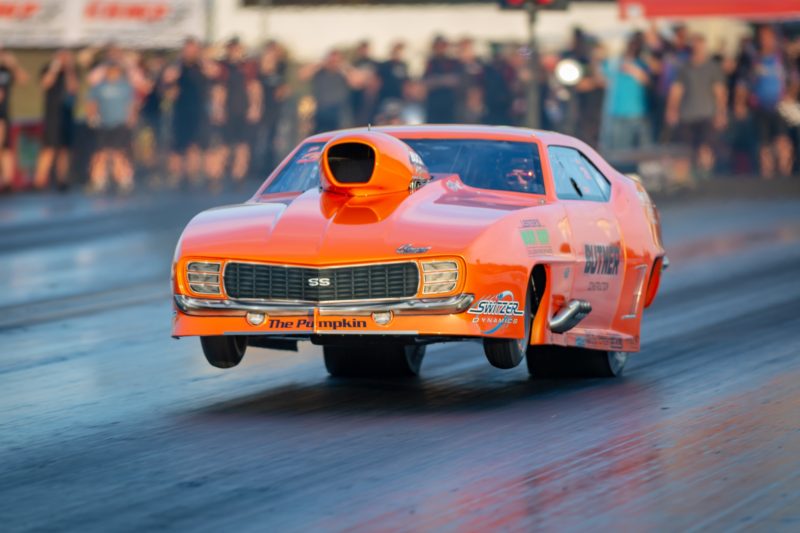 Was it difficult to give both radial and big-tire racers the best possible track conditions simultaneously?

The racing surface at Virginia is the smoothest and flattest in the world. That surface gives us an incredible base to give all racers the best surface possible. VP Racing Fuels sponsored us with their Lane Choice 7 traction compound, which set records in both big and small tire.

What were the racers’ reactions and opinions to the event?
From the winner’s circle to social media, racers have been extremely positive about the Shakedown’s debut at VMP. We are excited for the future.

Now that the event is over, what is your opinion of the outcome? Did you have an expectations going into it?

I am very pleased for the first small-tire/big-tire, heads-up event at VMP. We have had a number of PDRA events at Virginia, but Shakedown brought in a new clientele and an even larger flare. This first season met my expectations dead on and now it’s time to build going forward.

With what you learned at the event, would you do anything differently for next year?We learned a lot – small details make a big difference in the grand scheme of things. More off-track entertainment, more advertising and more refinement will make that event stronger going forward. Learning from our mistakes and adjusting to them is key to going forward. 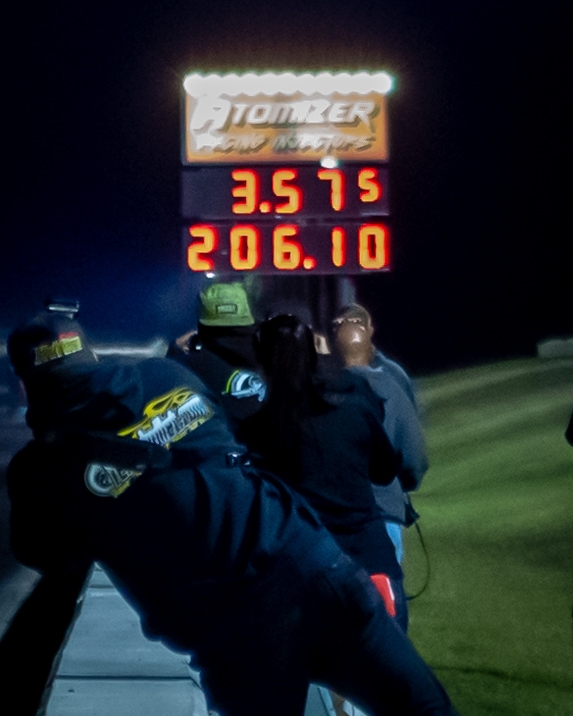 Let’s talk about records. We saw records in multiple classes, included Marcus Birt breaking the RvW record with a nitrous combo. Were you expecting this level of performance?

Of course, you always want to say that you expect records to fall at your given event. When we began to see the projected forecasts, it was nearly a track prep and tuner’s dream as far as highs and lows during the day. The elevation of the Virginia Motorsports Park facility also comes into effect when talking about big numbers. We are very happy to have these numbers run at our facility, but we are even more excited about the level of competition and the side-by-side racing that went on through the event. Numbers are great, but they will be exceeded in the future. Side-by-side, great racing for the fans in the stands is hard to beat.

Not to compare what you have going on to anything else, but the bar for radial racing has been set very high over the years in South Georgia. Are we seeing a northerly shift?

Donald Long’s events will always be the “small-tire Super Bowls” so to speak. Everybody attends those events and you feel like you won the grail of small-tire racing when you’ve reached success at Lights Out, No Mercy and now Sweet 16. With the Outlaw Street Car Reunion and now the Shakedown sort of under the same banner, we are happy to offer quality events to racers in the Midwest and now on the East Coast in the mid-range of the country. Our first shot at the Shakedown and our first go-round with an event of this style at VMP was a success and we look forward to building on this momentum going into 2020. 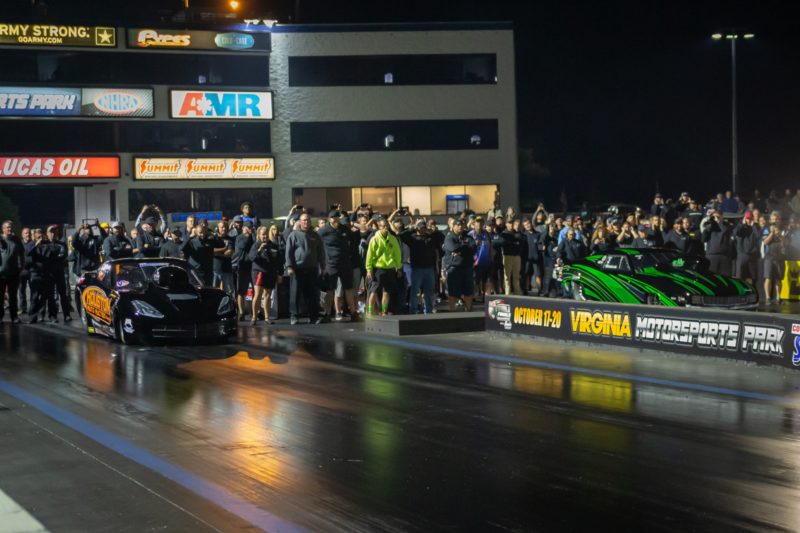 Is this the last time we are going to see small tires and big tires go head to head?

Definitely not. I have never felt excitement and a vibe at a racetrack like Friday night was during Judgment Day. Fans were all standing up in the bleachers and on the fence. Racers who usually are trying to beat each other were now on a team and working together for the common goal. It was an amazing portion of the event and will continue to be a part of the Shakedown, on Friday night, in 2020.

Is this something we could see spread into other classes where slicks and radials pair off, or does it only work in the max-effort classes?

The concept is really neat to have max-effort combinations going at it together. Could this also happen with a class like LDR (Limited Drag Radial) or X275? It’s not out of the picture, just have to find common ground with elapsed times and speeds, cram ’em together on a racetrack together and see who reigns supreme!