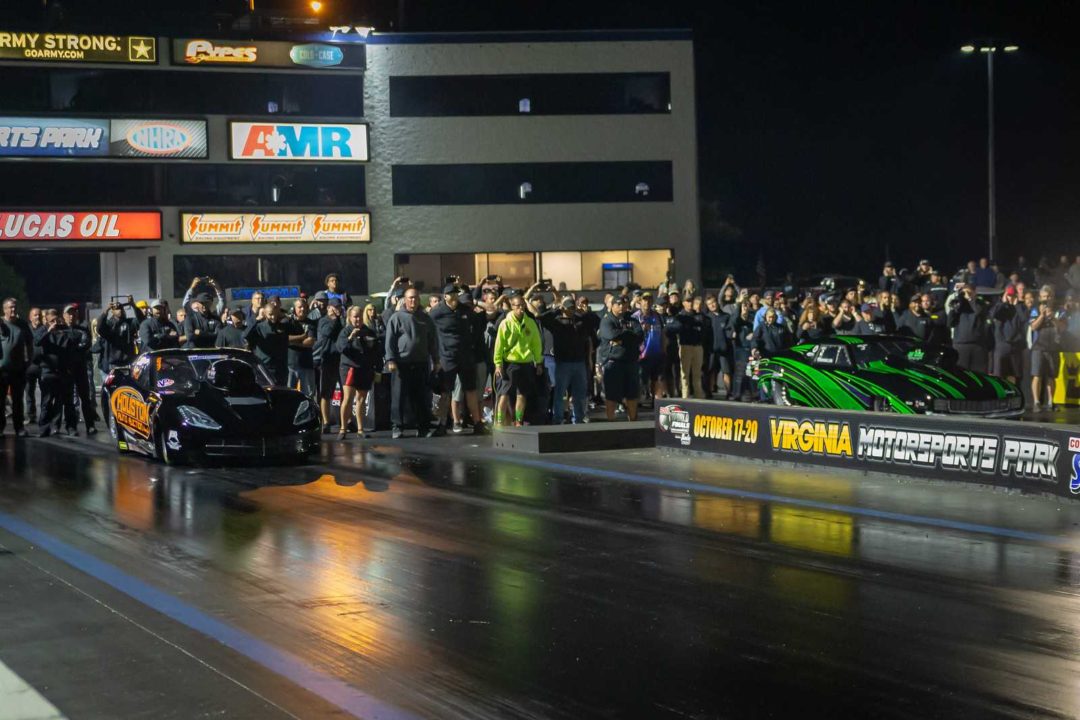 By 100 feet, Marcus Birt knew there was a chance for something special. By 660 feet, “The Axeman” had the quickest run in Radial vs. the World history.

With Stevie “Fast” Jackson making the tuning calls, Birt delivered a monumental and historic blast of 3.575-seconds at 206.10 mph in his nitrous-powered Jerry Bickel Corvette during Friday’s Pro Mod vs. RvW Judgment Day at the Shakedown Nationals XVII.

It followed his stunning 3.579 at 206.29 from the third qualifying session on Friday at Virginia Motorsports Park, which set the mark for the quickest nitrous run in history. 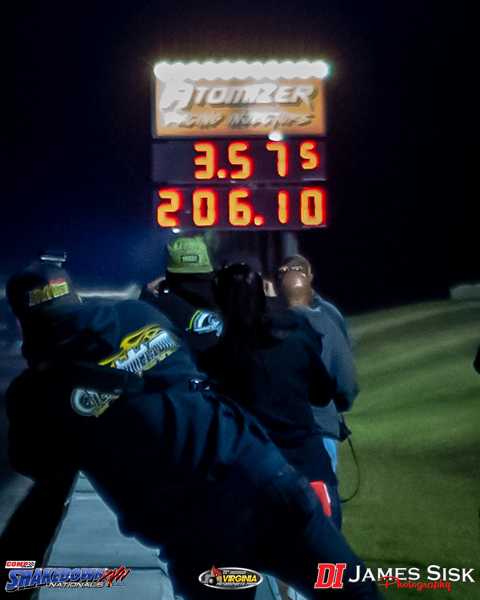 Birt and Jackson, though, weren’t finished.

“I knew once it got by the tree it was ridin’,” Birt said. “The car accelerated the whole time and it was pretty doggone impressive. Stevie said we were gonna step on it, and if it goes, it’s going to go fast. I was thinking it could run that, but with Stevie and these guys, everything they say, it’s always within a couple thousandths of the number. He’s badass.”

The numbers all the way through were remarkable for the Pat Musi Racing Engines-powered Corvette. Birt was .922 to 60-foot and a jaw-dropping 2.38 by the 330’, finishing in spectacular fashion.

The good news for Birt is the motor is in good shape following the two gargantuan blasts on Friday. That’s probably bad news for the RvW opposition heading into Saturday’s eliminations.

For one thing, Birt doesn’t mind the spotlight. After going 3.60 at Donald Long’s “Sweet 16” event in March, there was considerable talk about a trip to the 3.50s this weekend in Virginia.

Birt’s record-setting run gave him the final word – at least for now – and he didn’t mind the extra attention. 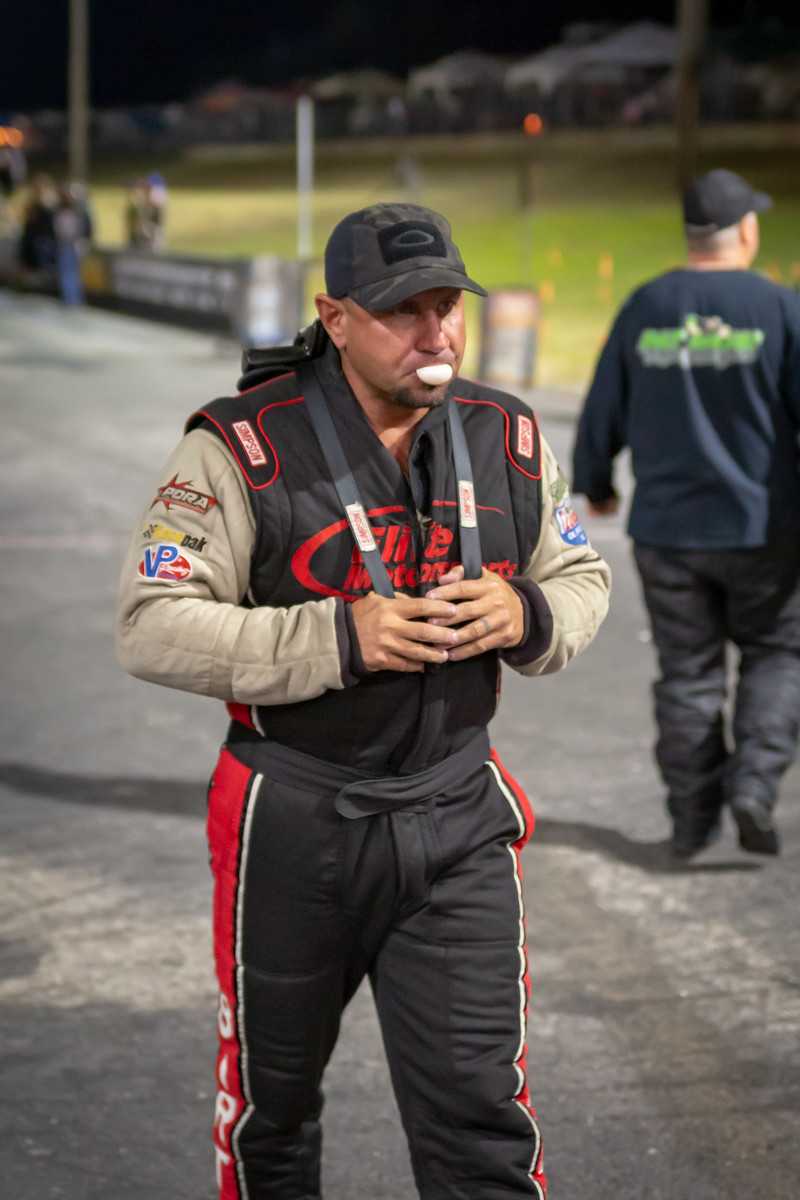 “I was cool with it. That’s me and them boys behind me know how to do this,” Birt said. “They’re always within the number. I’m the lucky one and I’ve got the easy job. I just have to let go of the button and go A to B. It’s pretty exciting.”

Along with Jackson, who came on board as Birt’s tuner earlier this year, his team includes Eddie Wilson, Craig Amerson and Jeffrey Barker.

The group has worked nearly flawless together as Birt continues to set new benchmarks, both in the nitrous world and in RvW.

With less than 10 passes on their Musi motor, Birt is excited to see what the future holds. He has high hopes of winning the RvW Shakedown race on Saturday in Virginia, noting the team will instead have to rely on consistent passes in the 3.60s to do so.

But Birt believes his team is far more than a one-trick, home run pony. His team lived up to that billing with the record-setting pass on Friday, but now Birt is ready to cap off his weekend with a victory.

“The motor is good and it’s happy, so I think there’s more there,” Birt said. “Stevie was trying to see what the motor could take. There’s probably seven passes on this motor, so that shows you how smart he is. Everything in the car feels good and everyone on this team is smart as well. 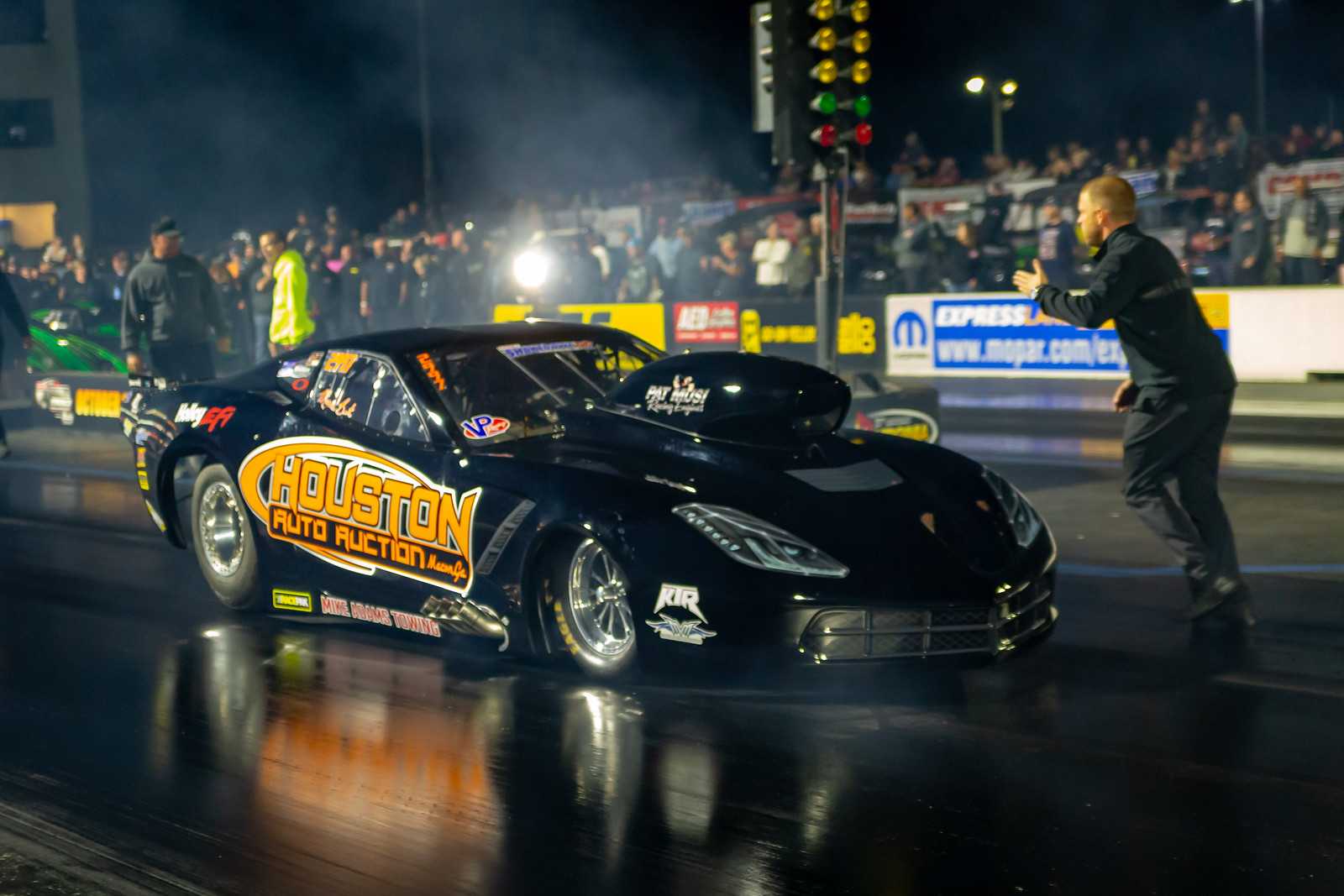