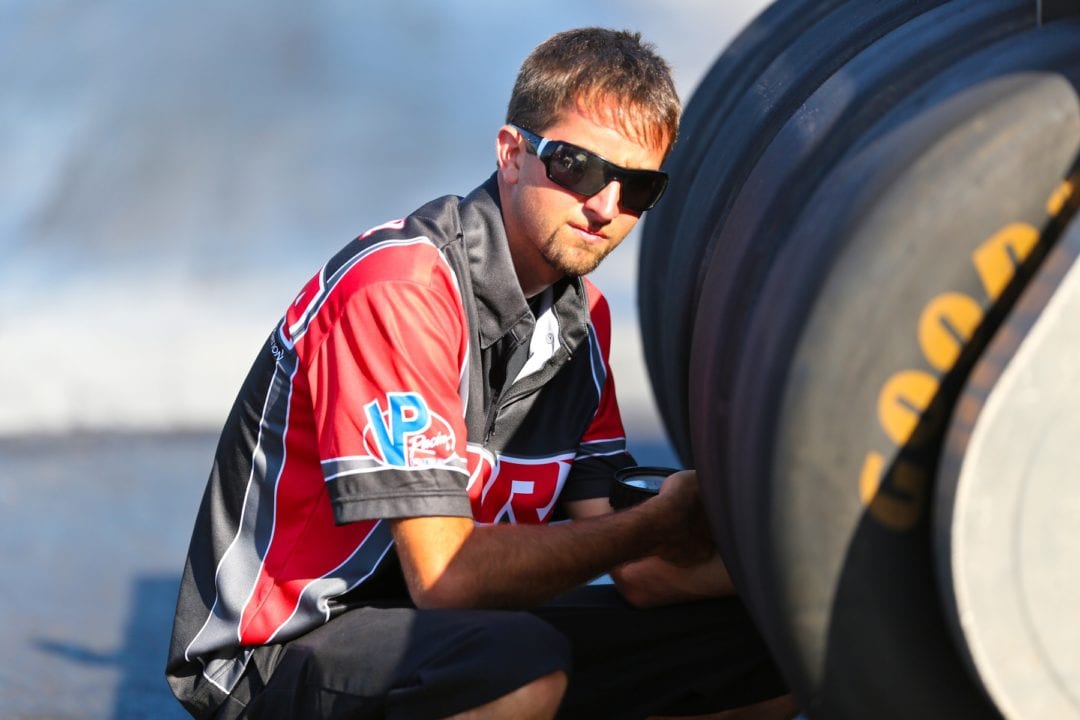 In-demand track prep specialist Tyler Crossnoe has been named the track manager at Virginia Motorsports Park, it was announced today by track owners Tommy and Judy Franklin during a pre-race driver’s meeting at the PDRA World Finals. Crossnoe has also signed on for another season as the track prep director for the PDRA.

“I’m really excited to come over here to VMP,” said Crossnoe, 26. “Tommy and Judy are some of the best people I’ve had the pleasure to know personally, so to have this opportunity to work at their facility full time is an honor. I look forward to building the team that’s already here and growing with the facility.”

Crossnoe has worked extensively with the Franklins this season as the track prep director for their eight-race PDRA series in addition to helping with a handful of events at Virginia Motorsports Park. He displayed a strong work ethic and broad knowledge of event operations, leading the Franklins to offer him a full-time position for the family’s second year of track ownership.

“What we’re most excited about is having someone with his passion and vision for drag racing,” said Tommy Franklin. “It’s another step in the direction we’re trying to take the track. We’re making a lot of changes and adding talented people to our staff so we can be better prepared to put on big, successful events.”

“We are thrilled about having Tyler join our family at Virginia Motorsports Park and for him to be back onboard with the PDRA next season,” added Judy Franklin. “Tyler is a great person with a positive, upbeat attitude. He’s young and so passionate about drag racing. It doesn’t matter what it is, he is always willing to help and will be a great asset to VMP.”

Crossnoe’s work as a track prep specialist has taken him to dozens of racetracks and events around the country. His new role at Virginia Motorsports Park will allow him to focus on one facility while still working with five other tracks on the PDRA tour.

“I’m looking forward to having a home base like VMP,” said Crossnoe, who will relocate to Virginia from Tennessee. “The traveling deal has been fun for the last four years, but it’s more mentally and physically taxing than most people realize. It will be nice to call VMP home and still be able to travel about once a month with the PDRA series.”

Crossnoe noted that the operations of his own race, the Outlaw Street Car Reunion at Beech Bend Raceway Park in Bowling Green, Kentucky, will continue as planned.

“Nothing is going to change with my race at Bowling Green,” Crossnoe said. “Tommy has been very accommodating in that area and wants me to continue pushing that race into its sixth year. I can’t thank him enough for that support.”

Crossnoe will transition into the track manager position in December after fulfilling the rest of the obligations on his 2018 schedule.