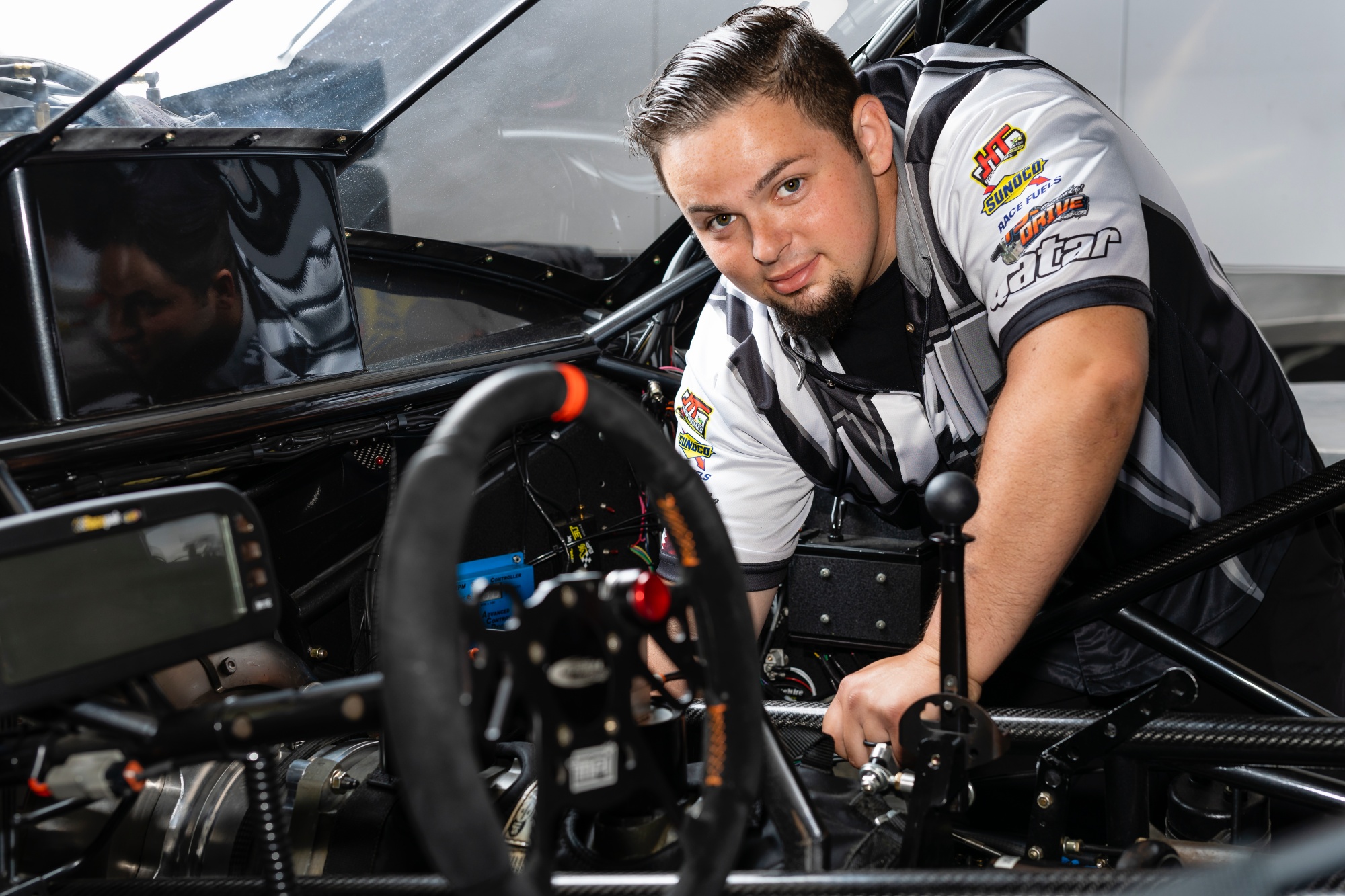 Second-generation Pro Modified driver Ty Tutterow was set to embark on his first full season in PDRA Pro Boost competition in 2017 when he appeared on the 2016 30 Under 30 list. By the end of the 2017 season, he had collected his first PDRA “660 Man” trophy and finished second in the Pro Boost world championship points driving for GALOT Motorsports.

“It’s been a great opportunity [to drive],” Tutterow, 25, says. “I had a bunch of good people who helped me out with it too, driving for Mr. [Earl] Wells and GALOT Motorsports, then getting the opportunity to drive for KH in Qatar.”

Driving is just one of the roles Tutterow has taken on. He’s also one of the main crew members on his father’s NHRA Pro Mod entry and Kurt Steding’s PDRA Pro Boost P2 Contracting Camaro, which is housed and maintained at the Tutterows’ WYO Motorsports shop in Yadkinville, North Carolina.

Between races, Tutterow can be found in the shop working on the family’s Ty-Drive converter drive units and other custom in-house products.

“I also build and service Liberties and Lencos, put third-members together, do some motor work, mount tires – anything that has to be done here at the shop,” Tutterow adds. “There’s not really anything I can’t do, it’s just everybody has their jobs.”

Anyone who’s spent time around Tutterow will attest that he’s picked up King Tut’s work ethic and determination. He’s ultra-focused when he’s working in the pits, and he takes his job very seriously on the starting line, whether he’s in the driver’s seat or outside the car.

“Honestly, it’s the will to win and go out there with somebody who can win and hopefully try to get in the winner’s circle on Saturday night or Sunday,” Tutterow says. “I like winning a whole lot better than I like losing. I just hate losing, so anything I can do to help win, that’s my main drive. It’s all about waking up every day to make Pro Mod cars faster and lighter and safer.”

Tutterow is hoping to get back behind the wheel in 2021. He was actually supposed to race alongside the elder Tutterow in NHRA Pro Mod competition this year, but like many others, the COVID-19 crisis threw a wrench in his plans for the season.

“Heading back from Gainesville [in March], I was actually supposed to pick up the car I raced in the Middle East and I was going to race it this year in the NHRA,” Tutterow reveals. “But when the COVID struck, the car got parked before it even got to the airport because they shut everything down. They actually started locking down the same time we did, so that put a halt to that this year.”

Still, Tutterow appreciates the opportunities he’s had so far in his young career. He’s experienced his fair share of the ups and downs and uncertainty that come with racing at such a high level. He’s just looking forward to what comes next.

“I’ve been let down a couple times, so it’s not that bad,” he laughs. “You get used to it after a while. You just can’t hold your breath until it happens. I just want to thank my dad for giving me the opportunity to everything I’ve done and having faith in me to build products and parts.”