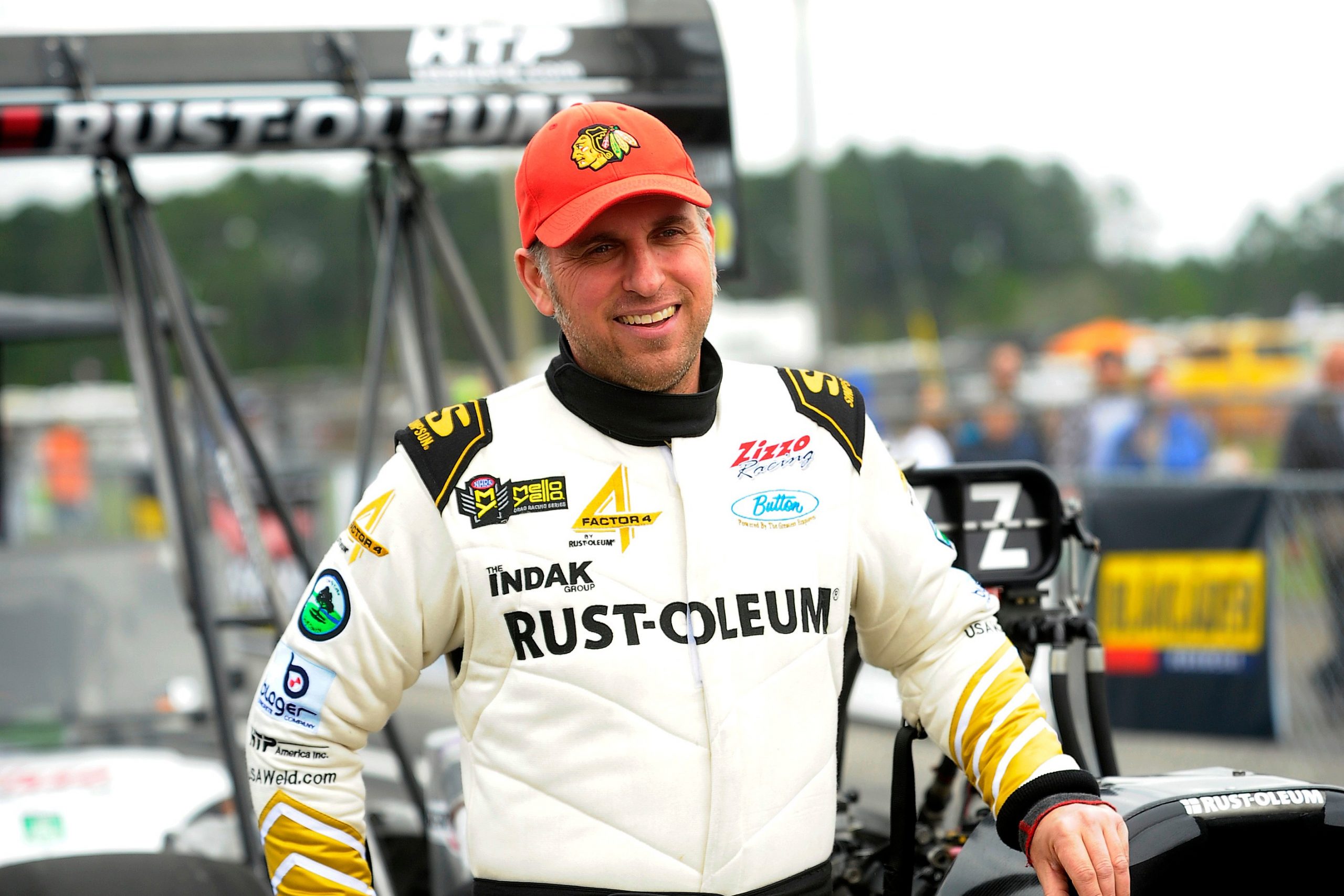 Top Fuel veteran T.J. Zizzo is feeling good and these days, well, that means a lot. In the midst of a global pandemic, his Zizzo Body Shop is on a better pace than last year, which is a massive win in these times, and he’s ready to race.

He’s more than ready, actually. Zizzo and his team are excited to race, eager to see how NHRA’s revised schedule — which now includes two-day events and two qualifying sessions — plays out, especially as a part-time team.

Sure, he won’t be at every race — an arduous stretch that includes 14 straight weeks of racing — but NHRA has been open and receptive to his input, and that’s gone a long way. He talked with Drag Illustrated about those conversations, what his 2020 season could look like and if some of the changes could stretch beyond just this year.

Knowing what the schedule will look like, knowing these will all be two-day events for NHRA in 2020, what’s your reaction to all of it?

The NHRA has been wonderful. Even for a small team like ours, they’ve been asking what we would like, how it should go, things like that. They have been absolutely great to deal with during this pandemic. I absolutely love that NHRA is trying new things, so I have the utmost respect for them.

One thing I know about this sport is people have a lot of passion. We both need each other and we need to work together to survive. The more we work together, the more dialogue there is, the better the sport will be.

I love that NHRA has gone to a two-day schedule with two shots at qualifying. It’s way more exciting for fans, and it’s more exciting for the drivers and teams trying to qualify. You go in there with a completely different mindset. It’s wonderful and it’s great for a team like us. It’s badass and I will give NHRA a lot of kudos.

Not only does it really up the ante for each of the qualifying sessions, what is the impact financially of a two-day event with only two qualifiers?

It saves us a shit-ton of money. We’re all trying to figure out a way to cut costs in the sport. That’s a tough thing and it has to come from both sides. With two shots at qualifying I should save, at minimum, $30,000 a race and it could be up to $50,000 per race. To save money, it allows us to think outside the box.

We were planning maybe 2-3 events this year. Now, Dad and I are looking at the schedule, poking around. We’ve discussed going to the first two races at Indy. I’ve given every team member the [schedule] and asked them where they want to go. I marked nine races on that [schedule] and the reason I did that is because I think it’s attainable.

There’s a lot to consider during unprecedented times like this. What went into your decision in moving forward to race this year, knowing all the uncertainty out there?

This whole situation is going to have to be fluid. Nobody knows what’s going to happen two weeks from now. It’s definitely going to be trying on the team. We don’t have to worry about going to all these races in a row, but we have enough parts in our arsenal to do it if we really wanted.

I had to ask each team member if they’re comfortable going to a track during a pandemic. And I got a thumbs-up from every one of them. Without those guys, I can’t go anywhere. Some of our team has been together 27 years. [Clutch specialist] Tony Smith has been with me for every single race, and [crew chief] Mike Kern has been with me a long time. The longevity of our team is badass. 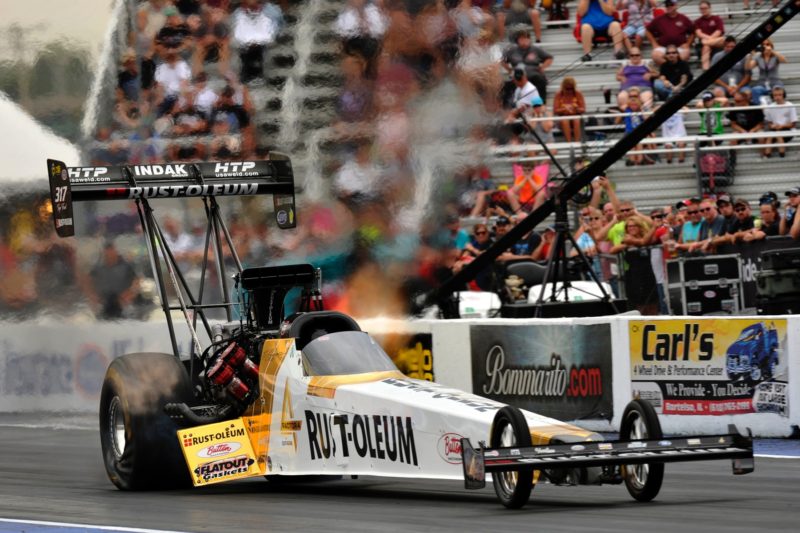 Do you foresee something like a two-day race sticking beyond this year, and do you think that is something that should be considered?

This pandemic is bad for a lot of people and it’s been devastating. But I think if we work through all this and learn to adapt, we’re going to be a better society from it. We have to learn to adapt and NHRA is doing that. I really hope they do continue [two-day events]. There could certainly still be three-day events.

There’s some markets that could accommodate it and there’s others that can’t. Maybe the condensed schedule is a good [idea]. Maybe it gets the NHRA to think about night racing. There’s so many options, but we’re an entertainment world and how can we entertain better than we have been?

One thing I really voiced my opinion on multiple times is when do we want to attack the racetrack. There’s nothing more exciting than two Top Fuelers going down the track at night, so why not show it?

Finding a way to make things more affordable — or at least cutting costs — seems like it would help, in that regard. Is that a pipe dream when it comes to nitro racing or are there  things the sport can continue to do?

I see potential and there’s a lot of positive talk out there. But I could ask each member of my team how we could curb costs and I would get 15 different answers. I could say a lot of things, but so would each crew chief or team owner.

If you take some aerodynamics away, that would be a blast to drive and you would really have to manhandle these things, but truly there is not an easy way to curb costs unless you get one engine a weekend or whatever it may be. But the thing burns nitro, so it’s going to be expensive. It’s a challenge, but I think two days of racing, two shots of qualifying, it’s a start.