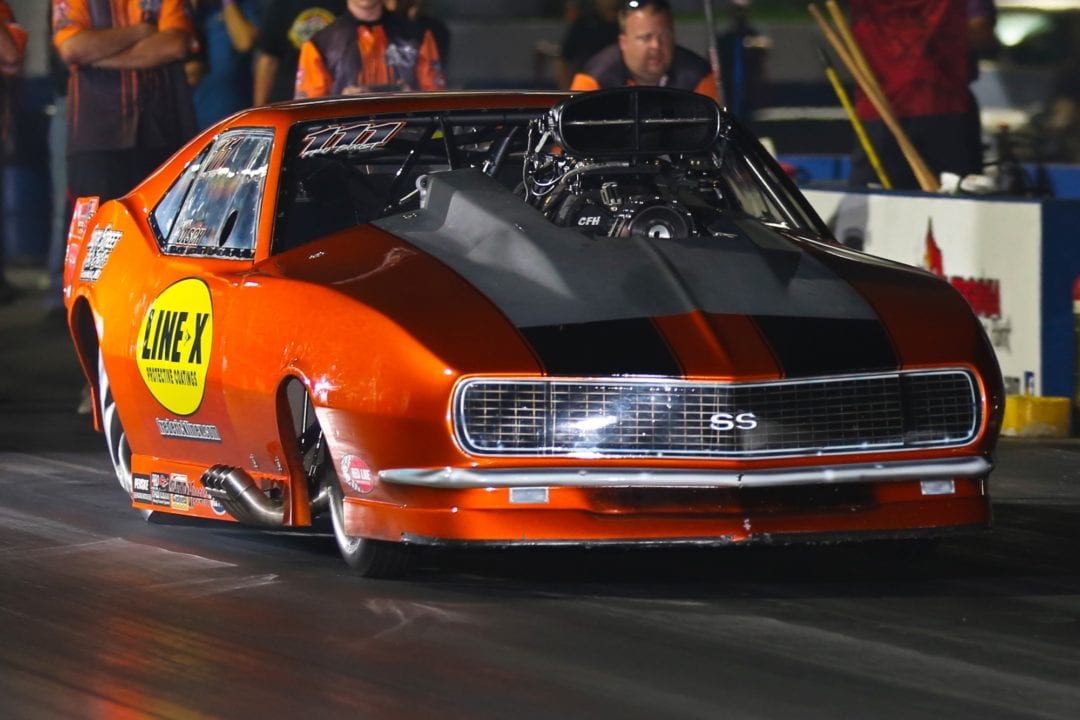 Racers in several classes will face off for two different event titles at this weekend’s Professional Drag Racers Association (PDRA) North-South Shootout presented by Line-X Protective Coatings, May 30-June 1 at Maryland International Raceway. In addition to the Maryland race, the PDRA will complete eliminations from its rain-delayed Mid-Atlantic Showdown presented by Modern Racing, which started May 3-4 at Virginia Motorsports Park.

“We have a jam-packed weekend planned for the Maryland fans,” said Tyler Crossnoe, race director, PDRA. “We have a lot of good matchups from the Virginia race. The headliner will be Tommy Franklin and Jim Halsey in Switzer Dynamics Pro Nitrous. That will be a barnburner final for any Pro Modified fan – two of the best in the business going to show off for the Virginia win. It will be a fun weekend for the fans and racers to crown champions twice in one weekend, and it will be nice to get that race in the books.”

Fans in attendance on Friday can catch a special Speed Unlimited Big Tire Shootout, which will add a unique flair to the PDRA’s touring program. Shootout competitors will get a test hit in the morning, followed by first round of eliminations around 1 p.m. The final round will run at the end of the “Friday Night Fire” show.

“Carlos Wells and the Metro Area Grudge guys put together a 16-car shootout of probably the best 5-inch bore space cars in the DMV area,” Crossnoe said. “A lot of guys are looking forward to throwing down for some pretty big money. They all throw in a buy-in and they run for the pot. With 16 cars, it’ll be a good chunk of change up for grabs and knowing those guys, I’m sure there will be some side bets going on as well.”

The PDRA North-South Shootout presented by Line-X will kick off with testing from 10 a.m. to 6 p.m. Thursday. Friday qualifying will begin with the driver’s meeting at 8:30 a.m., followed by the first sportsman qualifying session at 9:30 a.m. Friday Night Fire with back-to-back pro qualifying sessions begins at 6 p.m. Sportsman final qualifying starts Saturday at 10 a.m., with professional eliminations slated to start at 4 p.m. The final rounds for pro classes are scheduled for 9:45 p.m. Saturday. A full event schedule is available at www.pdra660.com.

Tickets to the PDRA North-South Shootout are available for $15 for Thursday testing, $20 for Friday qualifying and $25 for Saturday eliminations. An event pass, good for all three days, is available for $50. Children 11 and under get in free. Tickets are available at the gate or online at www.pdra660.com.