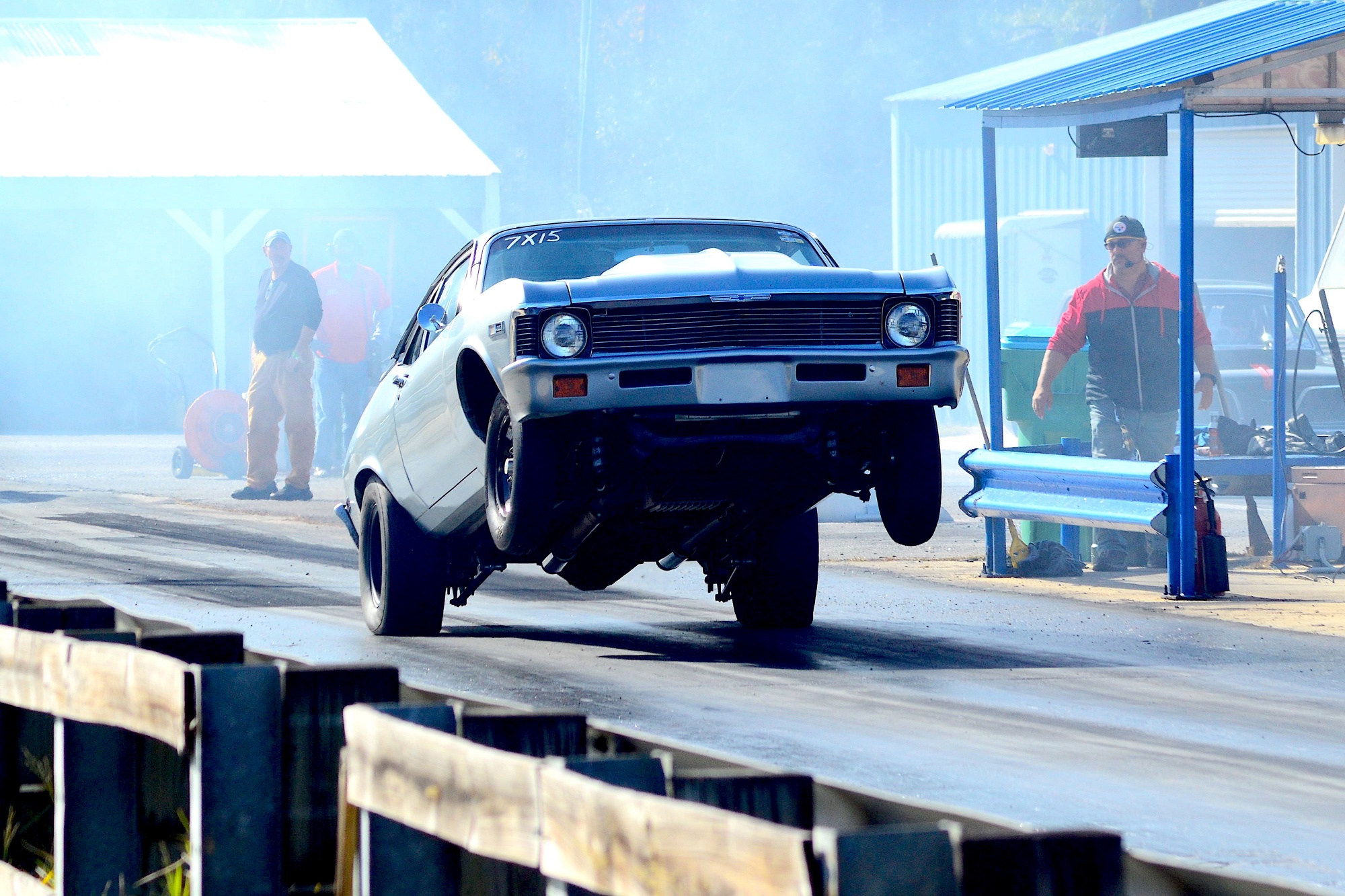 When race promoter Gaylon Rolison Jr. wanted to put together a pre-Thanksgiving race at his local Gulfport Dragway in Gulfport, Mississippi, he knew that timing was crucial since most folks clear their calendar to be with family on Thanksgiving.

He figured that a gathering of bracket racers competing for big purses would be a success in November and penciled it in the week before Thanksgiving, which turned out to be a huge success, for the appropriately named inaugural Turkey Beach Bash, a proposed one-off event that Rolison says is already on the schedule for 2020 due to the fantastic turnout. 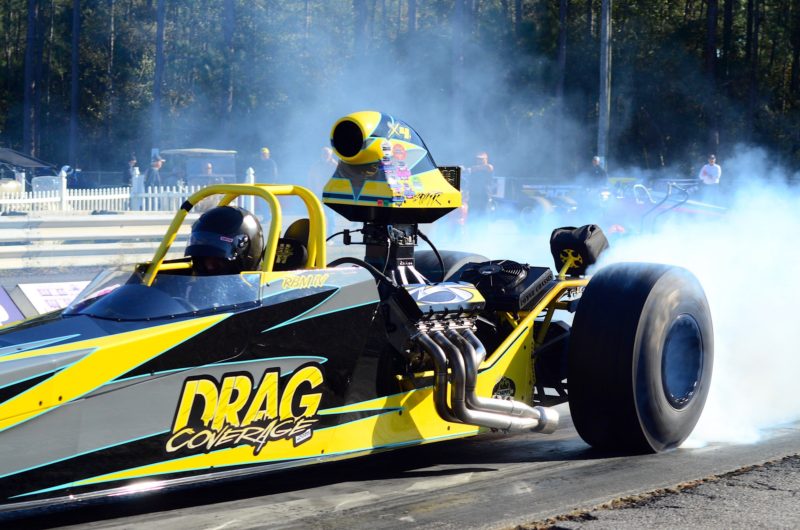 For Rolison, the infrastructure was really already in place when you consider the steadfast support from local racers who compete in the King of the Coast series, which Rolison co-founded in 2005 and now operates with his wife, Jennifer, and their daughters, Morgan and Kendall.

For a brand-new event such as this to work, Rolison says he knew his core racers from King of the Coast would have to come out and support it, and they didn’t disappoint. “We opened this race for pre-entry on July 1st, and we were full all the way up till this weekend. It sold out pretty quickly,” says Rolison.

The payout structure was one that Rolison hadn’t tried before, but it had to be slightly altered the weekend of the event.

“The idea was to have four ten-granders throughout the weekend, and it sure looked good on paper, but on Friday we had some downtime and things just weren’t flowing the way we needed them to,” Rolison explains. “It seemed like the best thing to do was take the two ten-granders on Saturday and merge them into a single twenty-grander, doubling the purse all the way down. The only thing we didn’t double was the buyback. I wanted people to know that it didn’t benefit me as a promoter, it just allowed them to race for the same amount of money, and a little bit cheaper should they have to buy back in.” 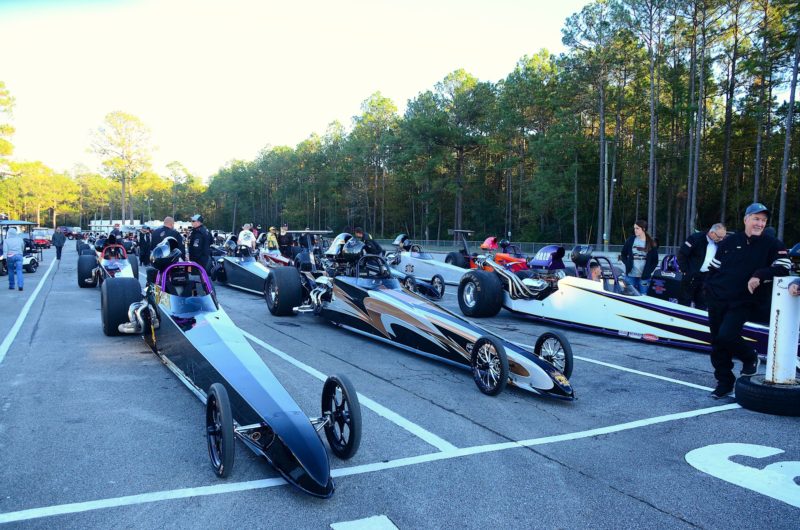 A total of 277 entries were present for Saturday’s $20,000 main event, which was complemented by a pair of $10,000 races on Friday and Sunday, respectively.

The Turkey Beach Bash was comprised of one giant class of cars, although bottom-bulb racers were kept separate until one remained, at which point they would merge into the top-bulb field of cars. While they were running for one purse, there was a little bit of extra cash awarded to the last remaining bottom-bulb racer before they merged with the rest of the top-bulb field. 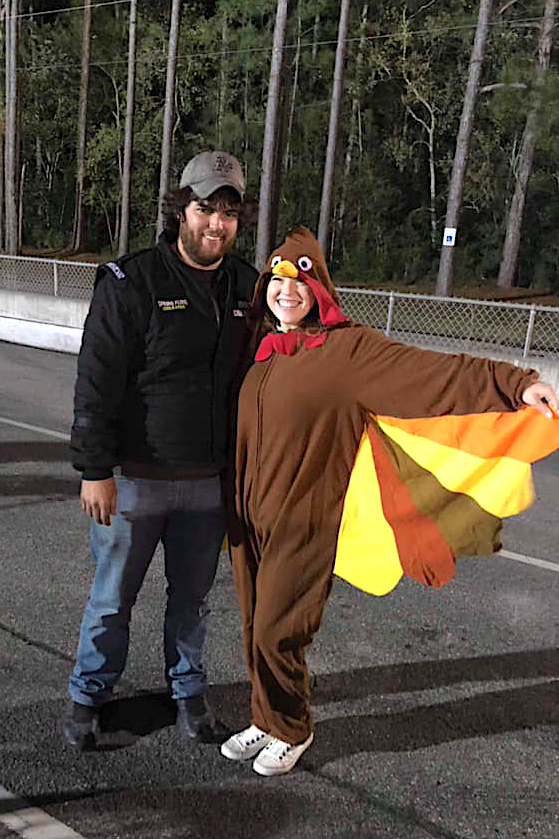 Johnny Ezell was the first winner of the weekend when he got past Lucas Walker during Friday’s final round. Saturday’s big $20k purse came down between Elie McGee and Rick Baehr, with McGee emerging victorious. Sunday’s finale saw Allen Wickell stop Chris Jones for the final day of elimination.

The Rolison family really got into the Thanksgiving theme, with Morgan being the best sport of all by donning a turkey costume for winner’s circle photos, as the victorious racers were presented with giant checks, trophies and even a frozen turkey to take home and serve on Thanksgiving, or sooner if they so desired!

The King of the Coast crowd has always put a great deal of emphasis on good times. “I’ve said before that it’s like you went to a family reunion and a bracket race broke out,” laughs Rolison.

At any KOC event at Gulfport, it’s commonplace for racers to cookout and exchange food in large numbers. “I’ll be standing at the head of staging and people are constantly bringing me plates of food,” smiles Rolison. “I get the utmost satisfaction from promoting races. It means a lot when people walk up and say, ‘Hey, great job on the race!’”

Rolison had plenty of opportunities to promote this past season, with 2019 being the busiest year to date. In addition to the six KOC events at Gulfport, there was also the Footbrake 150. He and his partner, Britt Cummings, also promoted the Dream Team race in Memphis, Tennessee, as well as the Great American Bracket Race. He even put together a Pro Mod event, which was held in conjunction with a bracket race at Gulfport. “Next year we’re gonna be even busier,” he quips.

In addition to his full schedule of KOC, he’s also got a lineup of races that include new events such as a non-points race at Emerald Coast Dragway in Holt, Florida. 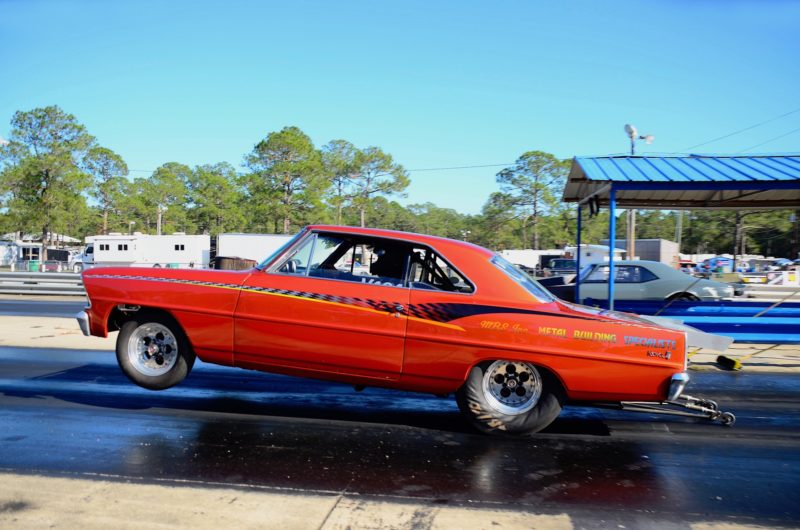 “Then there’s the big one,” says Rolison, and he’s not just throwing around words. On Memorial weekend in Memphis, Rolison and Cummings will present the first-ever guaranteed payout of one million dollars. Pre-entry was opened in October 2019 and was 80% full as of late November. “We’ve also got a Factory Stock race at that same event that will pay around $40k-50k to win,” says Rolison, who will also be taking over the Summit Super Series at Gulfport in 2020. “And I’ve still got my day job at Coca-Cola!”

For Rolison, it all started at Gulfport, and that’s where his heart will always remain. “This is my home track and my comfort area. We can do some great things here at Gulfport. I love this track, and it was so great to have Drag Illustrated here with us this weekend,” says Rolison.

The local series at Gulfport has always had tremendous sponsor support from BTE, who was onboard since day one. Other support followed from the likes of David McMurtry Racing Engines, Rick’s Speed Shop, Craw’s Racing, Velocity Racing Carbs, Moser Engineering, CS Transport and Fine Line Signs and Graphics.