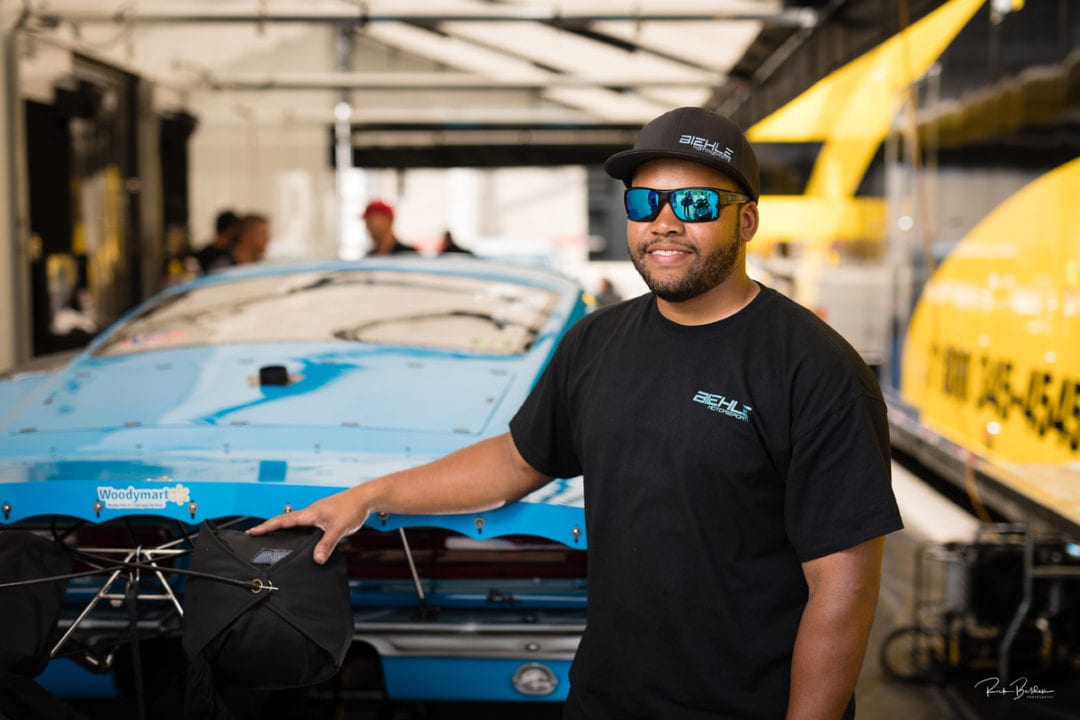 As far as accomplishments go, Brandon Stroud is going to have a tough time beating his debut as a NHRA Pro Mod crew chief. The 31-year-old Stroud had his first official race as a tuner in the NHRA Pro Mod ranks at the U.S. Nationals, calling the shots for Sidnei Frigo’s victory over two-time world champion Troy Coughlin in Indy. Frigo’s first-ever NHRA Pro Mod win set off an emotional celebration, and it’s a moment Stroud continues to have a tough time wrapping his head around.

“Just to see the excitement and the raw emotion, for me it was pretty surreal,” Stroud says. “Honestly, it took a while for it all to sink in. I was a crew guy with Eric Dillard when he won Indy, but this is obviously different with me tuning it. For everything to come together like it did, it was pretty unreal.”

It was the latest experience in a drag racing life that has included one incredible memory after another for Stroud, who began working at Pro Line Racing in 2013. But his journey in drag racing started much, much earlier. His father raced motorcycles, but Stroud jumped into Pro Mod when he was 10, “doing the tire pressure and hanging with my dad.”

Stroud experienced the Pro Mod boom in the early 1990s, staying involved in the sport throughout high school, offering his services for anyone willing to take him on. It turned into an impressive list, as Stroud latched onto the likes of Scotty Cannon, Al Billes, Brad Personett and even Pro Stock’s Brian Gahm, doing whatever he could to learn more about the sport. 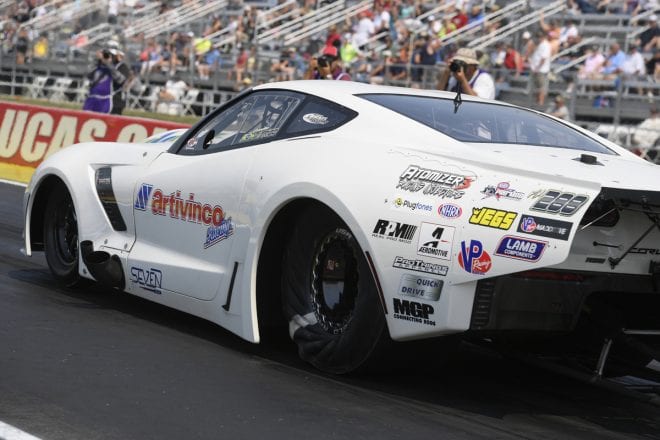 “I’ve been fortunate to learn under some great people,” Stroud offers. “I got in so young and was able to help anybody, just for the experience. To be successful out here, you have to be out here. I’ve been lucky enough to get some good opportunities and work with so many big names. They’ve all taught me something and I definitely appreciate it.”

But Stroud has made his own luck, putting in long hours at a young age. He started working with Roger Burgess’ R2B2 operation in 2010 as their Pro Mod team made the transition to turbos, meeting Steve Petty a year later. The turbo guru has had a major impact on Stroud’s career, and that relationship has only strengthened at Pro Line. Seeing Petty’s success with Coughlin and many others, Stroud has picked up on a number of things that have made Petty a top tuner.

“A lot of it is mindset,” says Stroud, who is also a crew member on Jose Gonzalez’s successful outlaw turbo car. “It’s about understanding the mindset of how he got to where he’s at with a particular tune-up. He’s always looking at the little things, the minor details, and that’s what makes a difference. Those little things will jump out at you if you don’t expect it.”

With Frigo struggling to find consistency, having also suffered a horrific crash in Houston in 2016, the decision was made to go in a different direction after Norwalk this year. The role of crew chief went to Stroud, who had more than two months to get things settled before Indy. The team tested twice before the U.S. Nationals, but Stroud couldn’t have predicted that type of initial success.

“Once we had a good run at 5.80 (in a first-round win against Stevie Jackson), I felt like we had a good handle on it,” Stroud says. “We just tried to keep it in that window and not overdo it, and that worked out.”

That initial success will be tough to replicate in the loaded NHRA Pro Mod class, but Stroud is passionate about the process. The plan is for him to continue to work with Gonzalez as a crew member and be Frigo’s crew chief for the 2018 season, and, taking a page from the mentors who have taught him, Stroud is simply dedicated to learning as much as he can.

“You can always make it better, and a little faster here and there,” Stroud adds. “There’s a lot of stuff for me to learn. As a tuner, there’s a lot more I can learn to make the whole package better.”