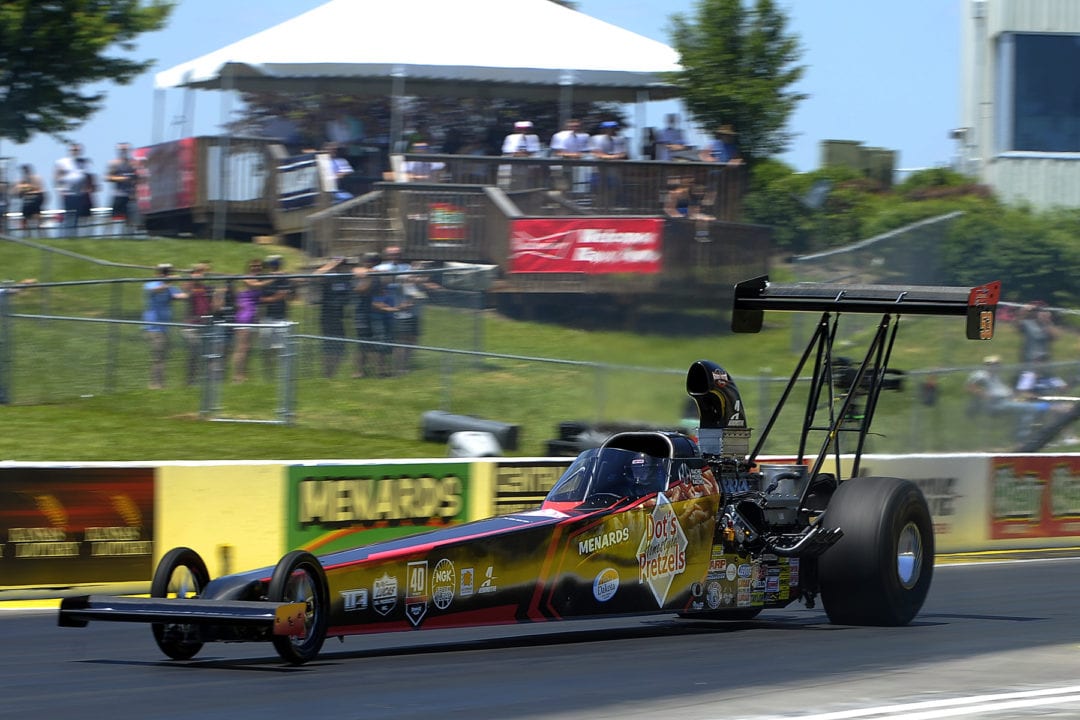 Top Alcohol Dragster and Top Alcohol Funny Car were born in 1981 when NHRA split up the Pro Comp category. At first the dragster winner had to run the Funny Car winner. Pro Comp was a progression of the faster categories of the Comp class running in a heads-up format. They are the quickest and fastest classes that still run quarter mile in the NHRA.

The two classes are very unique in drag racing, and part of that uniqueness works against them sometimes. From a publicity standpoint, they aren’t the headliners at national events, so they don’t get a lot of headlines there, and the divisional/regional series ceased to be a show and became a back gate-oriented event geared to make money off of entry fees rather than spectators paying to see a show. Over the years they became like your good buddy in high school that you slowly lost touch with. 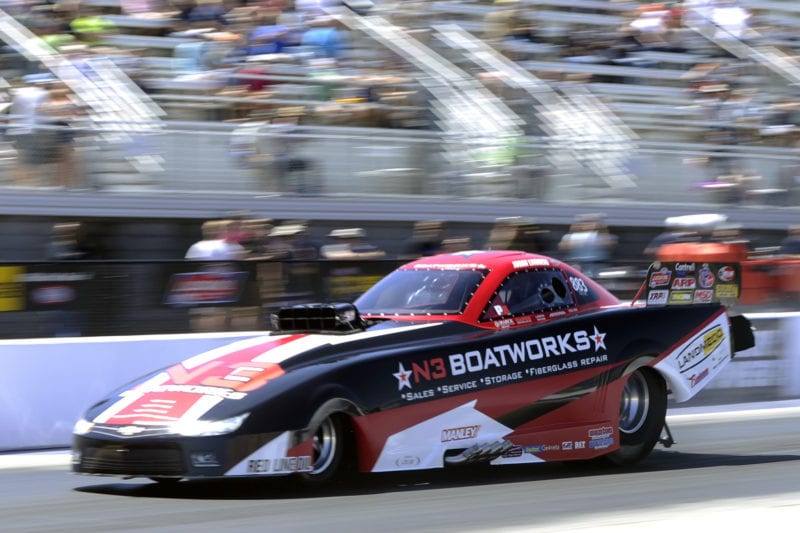 Now that we are in the era of social media, you can follow that long-lost buddy as closely as he was your next-door neighbor. With the internet and now social media, fans can follow more racers and series than just what the PR department and media outlets cover. I think there’s a great opportunity to tell a story that hasn’t been told publicly in a while. It’s a damn good one too.

If you haven’t been following Top Alcohol, allow me to introduce or reintroduce you.

First off, Top Alcohol cars have the best round money short of the fuel cars. NHRA national events pay $1,700 to qualify in a 16-car field. Regionals pay $700-$750. No, you’re not going to make any money at that level. There’s not a huge purse at the top. Nationals pay $5,000, regionals $2,500. You’re not going to find that kind of round money in most other heads-up racing series.

Top Alcohol cars race on the biggest stage in drag racing – NHRA. You’re racing for Wallys. Not only are national events streamed, but Top Alcohol has its own one-hour show on FS1 and FS2. We love to knock NHRA, but there is no more of a prestigious venue than what they give us.

I don’t want to knock the NHRA E3 Pro Mod series, but Top Alcohol offers a much easier path to competing at the NHRA national event level. If you compete at just one regional event a year, you can enter any national event. There are no quotas, no buy-ins or invitations. You can not only qualify but compete and even win races with “good” parts. You’re going to have a hard time qualifying for a NHRA Pro Mod race without state-of-the-art parts that are well-tested.

NITRO. There are a handful of classes in the world that let you run nitro, and the injected nitro A/Fuel dragsters are one of them. They are a great stepping stone to Top Fuel and nitro Funny Car as the driving procedure is nearly identical. They run low 5s at over 280 mph. They pop, cackle and make your eyes burn. Watch them at night and see wing-high header flames.

Top Alcohol Funny Cars are one of the most difficult, but also one of the most fun cars to drive. While dragsters and doorslammers require finesse to make it down the track, in a TAFC, steering is not only encouraged, but required. Drivers are very much a big part of the performance and winning and losing.  There is no auto-shift. Clutch drivers are not allowed to use a two-step.

Top Alcohol cars race in front of bigger crowds than most series. Sure, fans leave when the nitro cars are done. A lot stay in their seat. There aren’t many, if any, heads-up series that can put the number of fans that stay in the stand that NHRA national events do.

I don’t want to sugarcoat the cost. It’s a heads-up class. It is an expensive class to run, even at a “budget” level. Obviously in heads-up racing, you can spend whatever you are capable of pretty quick, but the costs are comparable to what many spend in regional/outlaw Pro Mod and radial series. A dragster or Funny Car chassis is typically lower than a doorslammer, so couple that with used parts availability, the cost of entry could potentially be lower. Chassis designs haven’t changed a ton over the years, so older cars have a good shelf life and can be competitive. There are no shocks or struts to become obsolete. There is no suspension to require a guru to help you set up.

Finally, I want to dispel the notion that Top Alcohol means blowing parts up constantly. Yes, it happens if you push the edge. For every team staying up all night working, there’s about 10-20 teams that have cracked a beer and are hanging out with some of the best people around. It’s a very tight-knit and welcoming community.

Look for the Top Alcohol cars to be a class on the rise in the coming years. NHRA is committed to building them up. InsideTopAlcohol.com’s social media numbers continue to climb each race. I am working with NHRA on several projects that should spotlight the Top Alcohol cars even more. Come on in, the water is fine!

Will Hanna is a tuner/consultant-for-hire offering services from run evaluation to trackside consulting. He can be reached via email at [email protected].