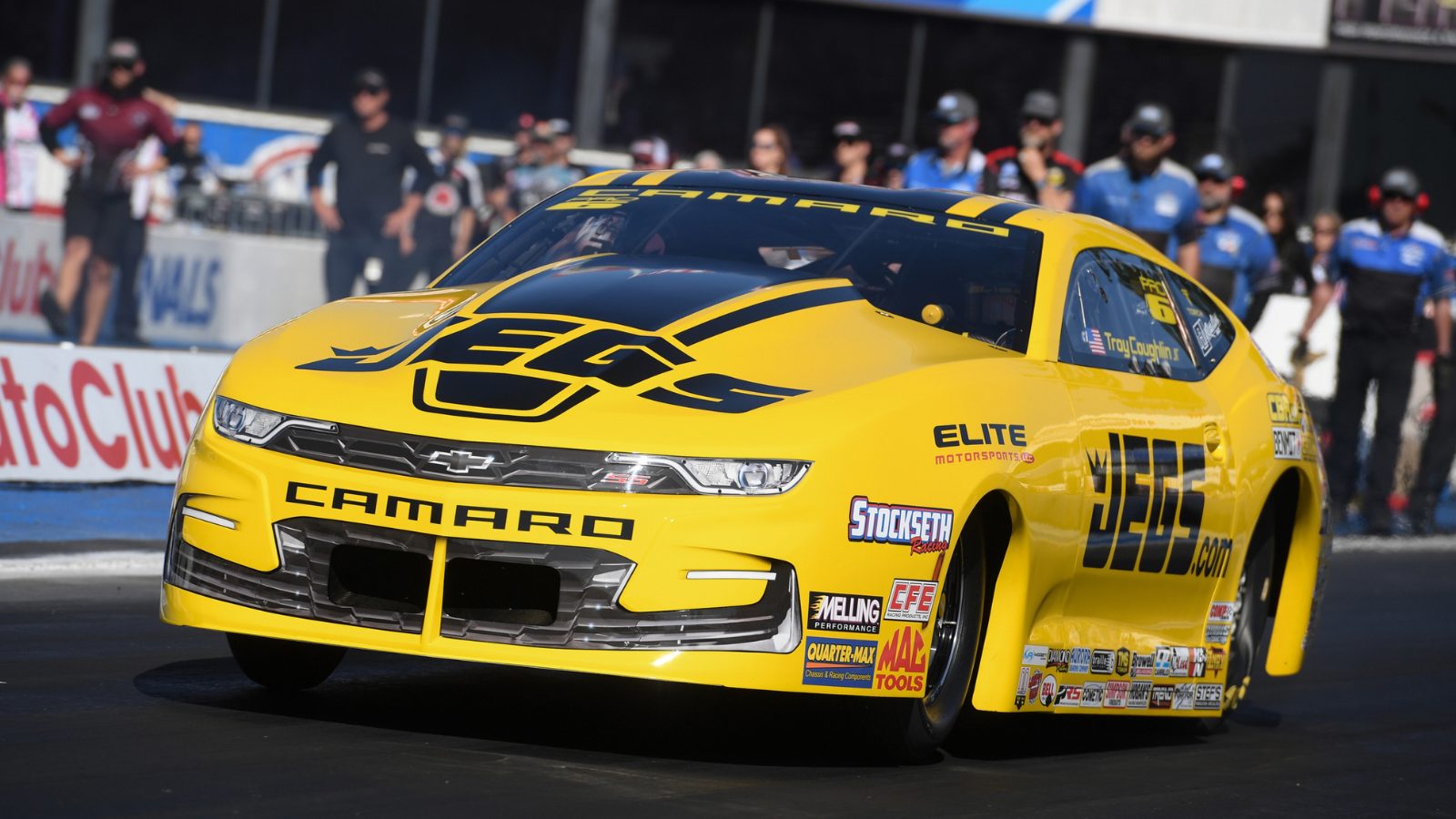 JEGS, a leading online national retailer and distributor of high-performance aftermarket auto parts and accessories, is continuing its sponsorship of Elite Motorsports in 2023. This sponsor partnership includes acting as the primary sponsor for Pro Stock up-and-comer Troy Coughlin Jr.

Elite Motorsports is the largest professional team in the NHRA with eight Pro Stock cars slated to compete in the 2023 NHRA Camping World Drag Racing Series season. JEGS has a longstanding relationship with Elite Motorsports and NHRA drag racing. When it was sold in early 2022, the new ownership group, Greenbriar, quickly recognized the valuable and powerful brand recognition the company receives through this sponsorship affiliation.

“Drag racing has been paramount to JEGS’ success since the beginning,” said Ralph Mondeaux, Vice President of Marketing for JEGS. “We want to continue to build on the powerful relationship that JEGS has with drag racers and fans as we enter a new era. It’s this connection to drag racing that allows our brand to thrive. We appreciate all of the loyal customers we’ve developed through drag racing over the years and want to demonstrate that appreciation in a tangible way by supporting the sport that made all of this possible.”

The Elite Motorsports Pro Stock team is thrilled to have JEGS on board and looks forward to a stellar season with the reputable brand on board.

“JEGS has been an outstanding partner for Elite Motorsports,” said Richard Freeman, owner of Elite Motorsports. “We appreciate everything they contribute to our team as a whole, especially their sponsorship of Troy Coughlin Jr. He’s a great driver and we feel confident that he will continue to be a leader in Pro Stock with JEGS on his car in 2023.”

Coming off of his best-performing season in Pro Stock with two national event wins to his credit, Coughlin feels he has a bright future ahead of him, especially knowing that JEGS will continue to sponsor him in his pursuit of excellence in one of the most competitive categories in drag racing.

“I’m absolutely honored to carry on the tradition of representing one of the industry’s most beloved brands,” said Coughlin. “I love JEGS with all my heart and getting to wear the logo and represent the wonderful people who are a part of it has always been my dream. I’m going to give everything I have behind the wheel. Major thank you to the entire JEGS team for supporting us.”