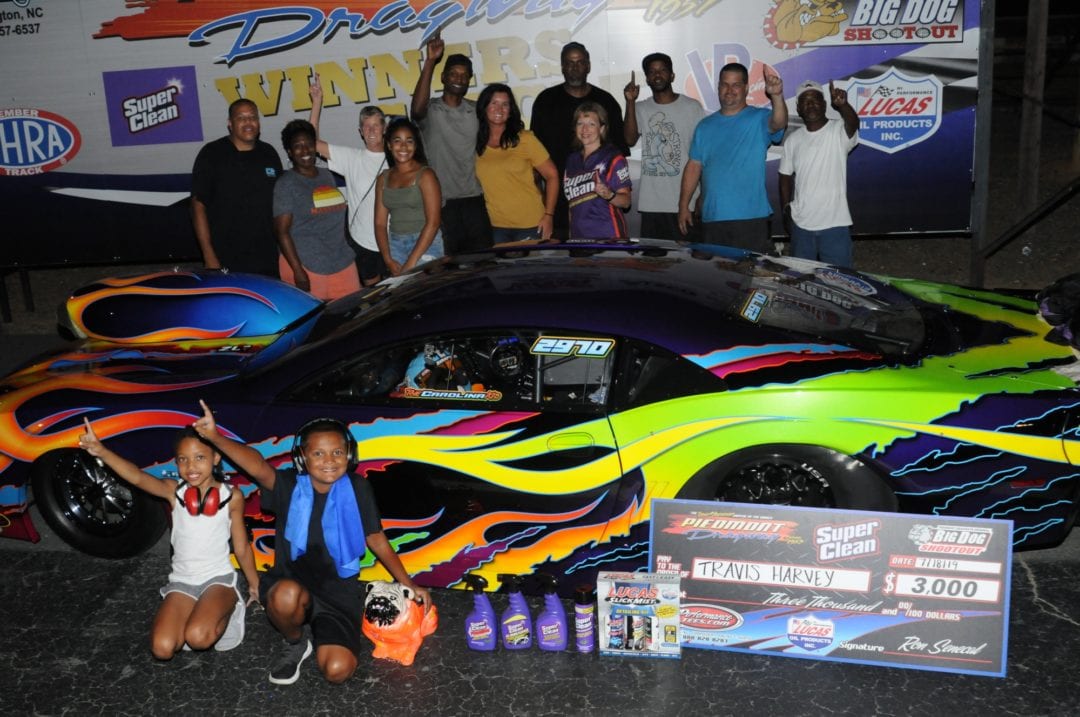 Last month Piedmont Dragway’s legendary Big Dog Shootout played host to a season-high group of 14 cars to compete for a spot in the eight-car field. But with the oppressive July heat, you had to wonder if many of the cars would show up. But show up they did, only missing Jason Harris, in Ohio for the PDRA event. Harris is the other two-time winner for the 2019 season, and is in a points battle in the Pro Nitrous category, a battle he has won on two previous occasions. This opened the door for everyone else to shine and shine they did. With a field that was seperated by only .08, the slick track was a crew chief’s nightmare, prompting testing on Wednesday before the event. 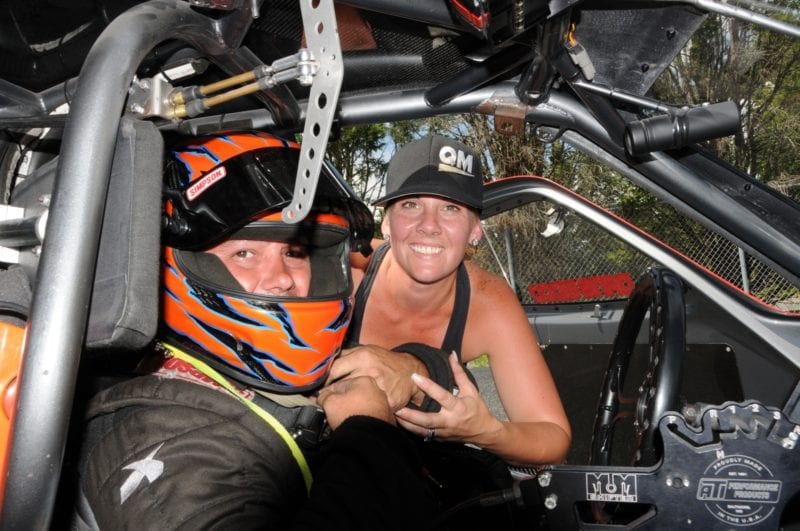 Dane Wood and his wife, Tiffany

So after a test day to gather notes, drivers and crew chiefs were still scratching their heads for answers that gave us the following list of qualifiers. Brian Shrader was low at a 4.022 with Travis Harvery second at a close 4.024. Remember those two for later. Third was the improving Scott Lang with 4.062 and Brett Nesbitt at a 4.070. Fifth was Mike Graham, in the second blower car tuned by Charles Terrell, at 4.070, and newlywed Dane Wood at a 4.079. Driving Bryant Mariner’s ’63 Corvette, aptly named “the Hook”, Wood and his group are finally overcoming new car bugs and will be right there in coming months. The seventh qualifier was Justin Wall’s Pontiac at a 4.092 and Tim Lawrence, Wood’s new father-in-law, was the eighth car in the field. Tommy Hurley was broken before qualifying and Cam Clark could only run a 4.352 to not qualify.

Semifinals had Shrader running the best ET of the evening at a 3.981 to defeat Lang and Harvey ran a 4.000 over Nesbitt. This set up a final between 2018 points champ Shrader and many time event winner Harvey in the brand-new Vaughn Miles Camaro, both cars with Fulton power. For the final, Harvey ran a 4.017 to defeat a 3.99 by Shrader, the difference in the tree. 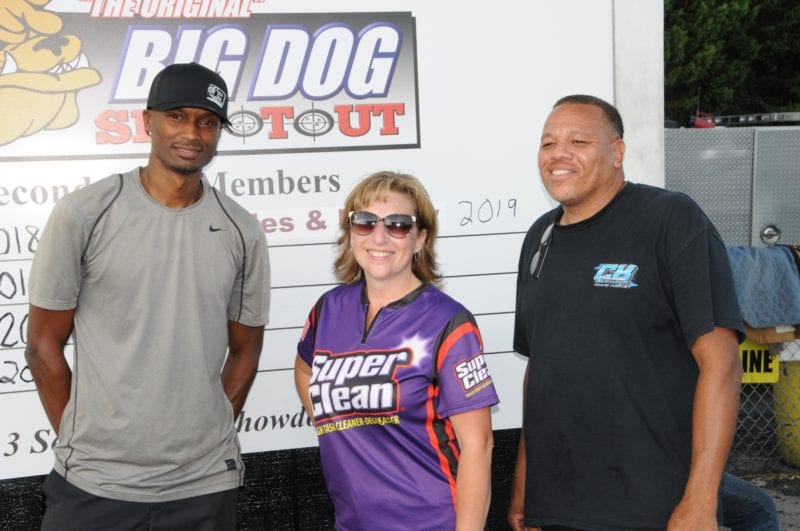 Also note that for the first time, our presenting sponsor, Super Clean, a division of Lucas Oil, was represented by their head of Marketing and Activation, “Super Jill” Jill Wohlman, traveling from the great state of Minnesota to experience, for the first time, the Big Dog Shootout. She presented the coveted “Dog” to Harvey and Miles, also helping honor Harvey into Piedmont’s 3-second Club, becoming the fifth member. This year marks five years that Super Clean has been the presenting sponsor of the series with drivers, track personnel, and management deeply appreciative of their help. We hope to continue for many season to come.

Other winners for the evening were Jeff Bowman over Randall Cantrell in the Outlaw DoorSlammer category, Tanner Banks over Ray Anderson in the 6.00 category and Melvin Wattlington over Jason Marshall in the 7.49 Rico’s Reel Street category.

An overall great night of racing, even though a hot one. Hope to see all of you in August at “the DoorSlammer Capital of the World”, Piedmont Dragway.