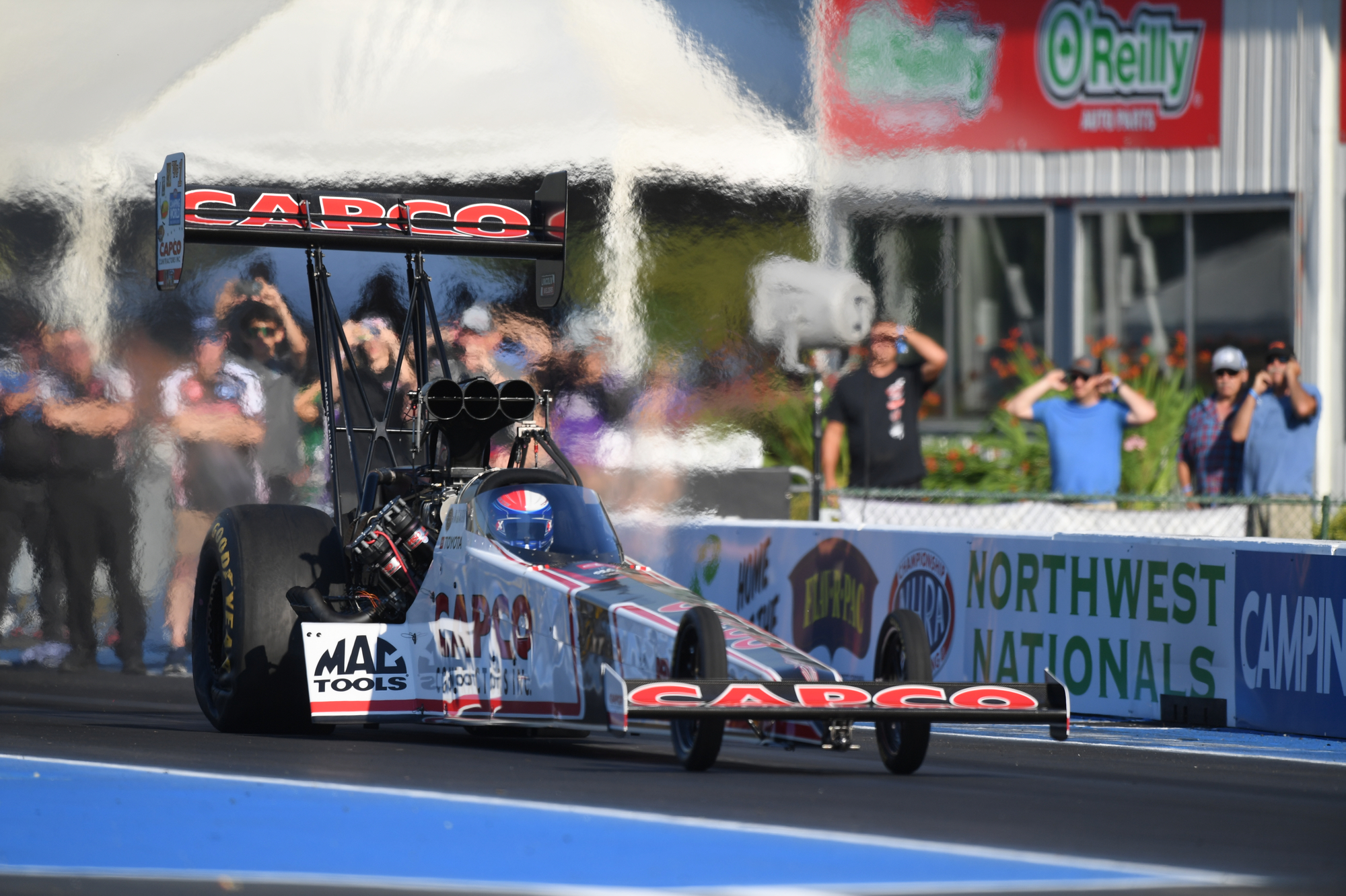 Four-time defending Top Fuel world champ Steve Torrence raced to the provisional No. 1 spot in the NHRA’s first race in Seattle since 2019, grabbing the top position on Friday at the 33rd annual Flav-R-Pac NHRA Northwest Nationals at Pacific Raceway.

Bob Tasca III (Funny Car) and Erica Enders (Pro Stock) are also the provisional No. 1 qualifiers at the 13th of 22 races during the 2022 NHRA Camping World Drag Racing Series season and the final stop during the three-race NHRA Western Swing.

Torrence went 3.819-seconds at 321.50 mph in his 11,000-horsepower Capco Contractors dragster as he aims to qualify No. 1 for the third time this season. It’s been three years since the NHRA last visited Pacific Raceways and Torrence is after his first victory of the 2022 season as the team continues to round into championship form at what could be the perfect time.

“We were very pleased to make a nice, clean run and our guys were happy with that,” said Torrence, who won in Seattle 10 years ago. “It’s a good place to build off and it’s good to be back here. We love coming here and I’ve enjoyed it a lot. The fans are so awesome and so appreciative of us being here. We’re getting there and I can see that confidence coming back. The guys are just picking away at it and I’ve got all the faith in the world in these Capco boys.”

Shawn Langdon continued to run well, taking the second spot with a run of 3.848 at 315.64, while eight-time world champ Tony Schumacher is on track for his best qualifying performance of the season, taking the third spot after going 3.850 at 316.67. 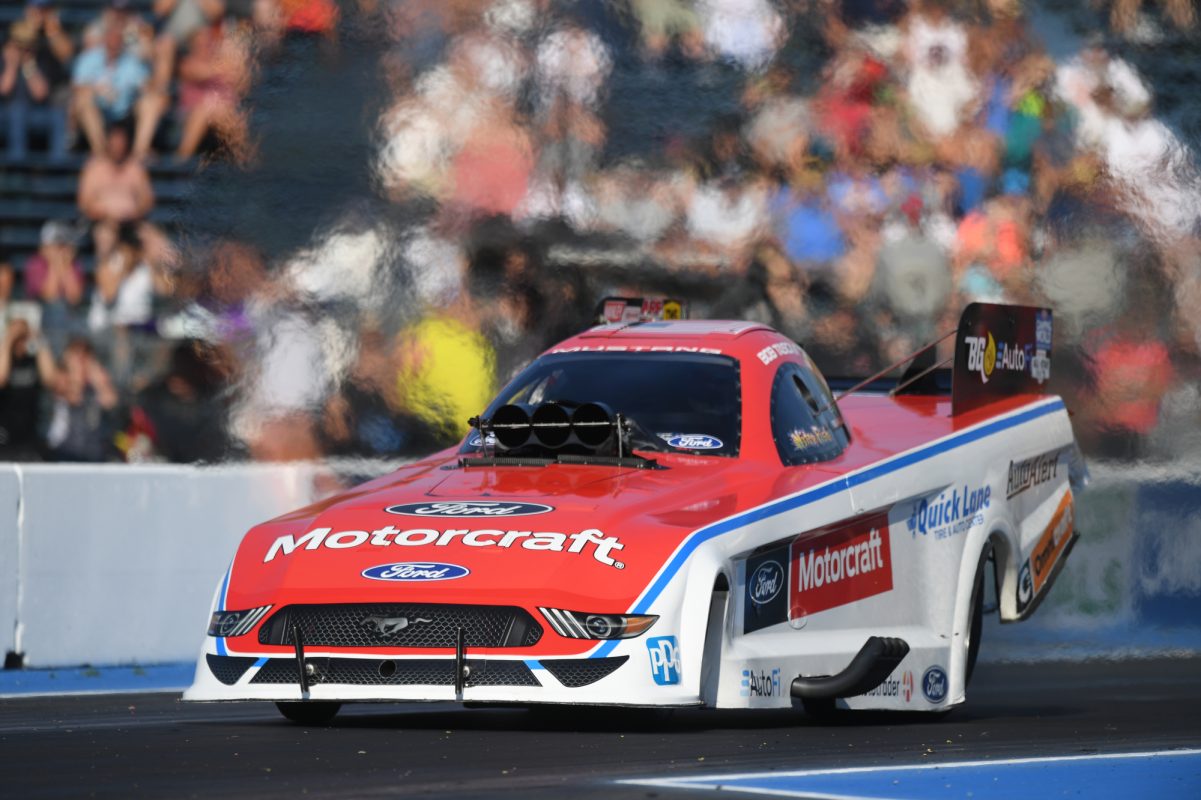 Tasca kept his Funny Car momentum going in a big way on Friday in Seattle, vaulting to the top with an impressive run of 3.965 at 319.82 in his 11,000-horsepower Motorcraft/Quick Lane Ford Mustang. It would be Tasca’s first No. 1 qualifier of the season if it holds and eighth in his career, as the veteran picked up right where he left off after a spectacular performance last weekend in Sonoma en route to the win. Tasca will look to maintain that this weekend and grab his first career victory at Pacific Raceways.

“What I loved about that run is the guys predicted it,” Tasca said. “When you get to that level of confidence, you become a dangerous team. I feel like we should be able to pick it up (on Saturday). We’ve worked really hard to get the car to run these numbers. Sonoma was really important for us, and we’ve really got a good handle on the car right now. We’re a very confident group heading into this weekend, and I’m thrilled with the performance of the car. Qualifying No. 1 would be really big for us.”

Alexis DeJoria made the other three-second run during the opening qualifying session, going 3.994 at 313.95, while John Force, who finished as the runner-up a week ago, went 4.001 at 311.92. Force is the defending event winner, earning his 150th career victory at the 2019 race. 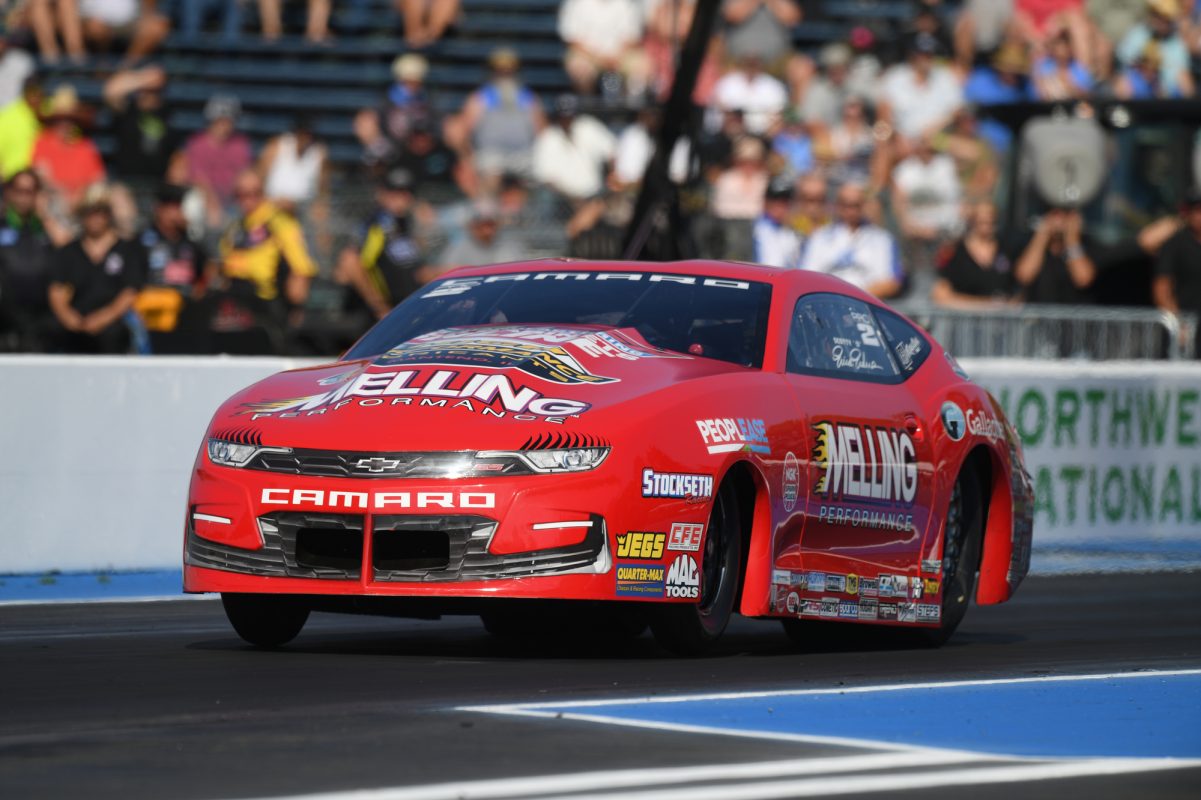 Enders continued to roll in Pro Stock, delivering a run of 6.608 at 209.26 in her Melling Performance/Elite Motorsports Chevrolet Camaro. It puts the points leader and four-time world champ in line for her fourth No. 1 spot of the season and 27th in her career, also setting the tone for another strong weekend. She’s won six times this season, including last weekend in Sonoma, and she’ll try to pick up her first win in Seattle in 10 years this weekend. Enders also became the first driver to qualify for the Countdown to the Championship.

“It was definitely a great run right out of the box,” said Enders, who has six wins this year. “With these conditions, you have to run the car completely different. The conditions are very different, but I give all the credit to my guys. They’re the best in the business. It’s tricky with the heat, but that’s where the experience of my guys comes into place. There’s definitely more in the race car and it’s cool to be back here. It’s an awesome track and a beautiful part of the country. We’ve had a fantastic start to the season, and we have no plans of letting up.”

Defending world champ Greg Anderson, who fell to Enders in the final round last week, missed the top spot on speed, going an identical 6.608 at 207.11. His KB Racing teammate Kyle Koretsky is third after a run of 6.630 at 208.17.

Qualifying continues at 1:15 p.m. ET on Saturday at the Flav-R-Pac NHRA Northwest Nationals at Pacific Raceway.