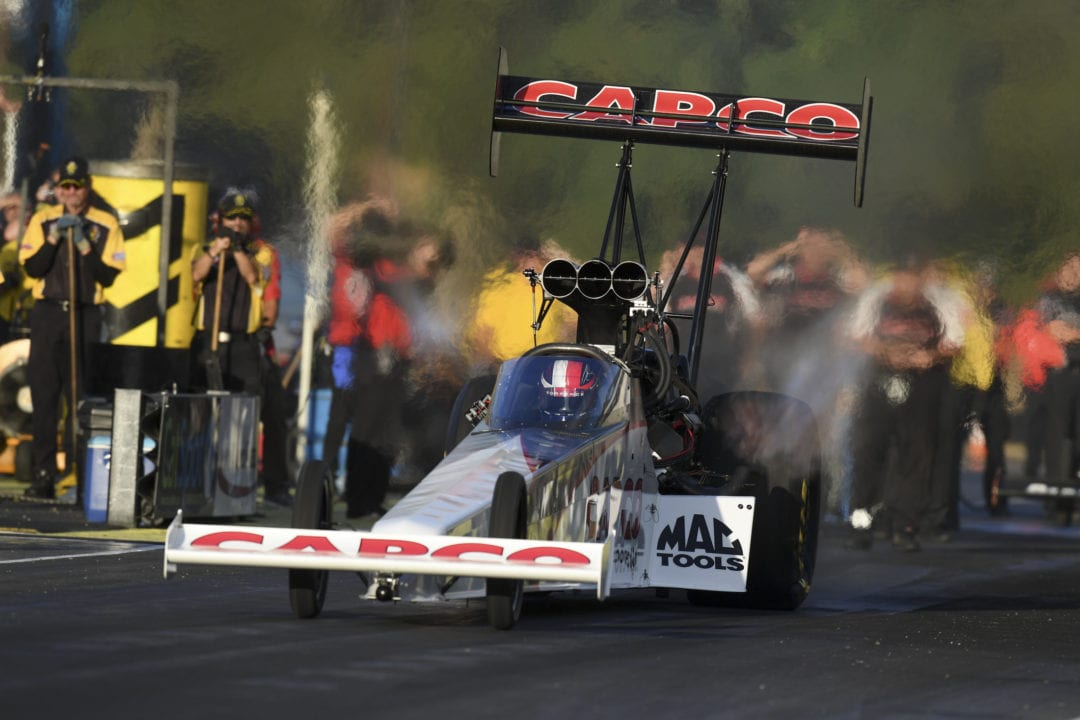 Steve Torrence piloted to the top of the category Friday night at Seattle as the current Top Fuel points leader took the preliminary No. 1 qualifier at the 31st annual CatSpot NHRA Northwest Nationals at Pacific Raceways.

Matt Hagan (Funny Car) and Jeg Coughlin Jr. (Pro Stock) are also preliminary No. 1 qualifiers in their respective categories at the 16th of 24 events on the 2018 Mello Yello Drag Racing Series schedule.

Torrence took the lead with his second pass of 3.723-seconds at 331.61 mph in his Capco Contractors/Torrence Racing dragster. Torrence is seeking his first career No. 1 qualifier at Pacific Raceways and 18th of his career.

“We’ve done well here in the past,” Torrence stated. “Coming out of the box and making a good run and then being able to back it up on that second one that does build up your confidence. I’m confident going into tomorrow.”

Doug Kalitta jumped into second in the class with a 3.730 run at 326.00 in his Mac Tools dragster during the second qualifying run.

Hagan drove to the preliminary top spot with a run of 3.913 at 324.75 in his Sandvik Coromant Dodge Charger SRT Hellcat during the second qualifying session of the evening. Hagan is on the hunt for his fourth No. 1 qualifier of the year and first career top spot at Pacific Raceways. 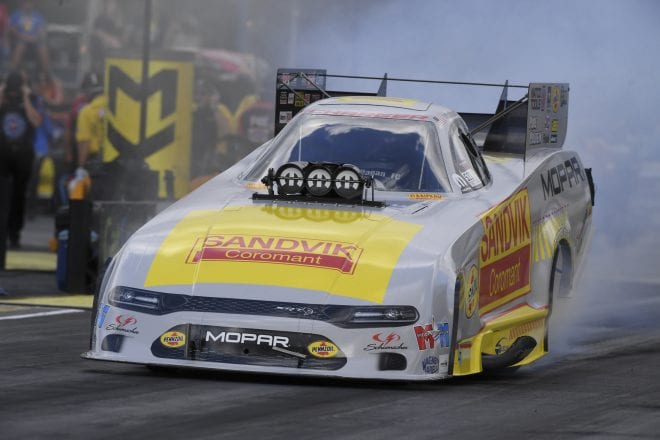 “This new Hellcat body is running really good,” Hagan said. “Its running better than what we are trying to run with it. Right now we are dialing the car in and this new body in so we’re pretty focused on that. All in all though we’re really happy.”

Defending world champion Robert Hight is second in current Funny Car qualifying after his run of 3.919 at 327.82 in his Auto Club of Southern California Chevrolet Camaro as he looks to defend his event title on Sunday.

Coughlin Jr., the most recent event winner, powered his way to the top of the Pro Stock category in his JEGS.com/Elite Motorsports Chevrolet Camaro with a pass of 6.501 at 212.16 during the second round of qualifying. He is focused on securing his second No. 1 qualifier of the year and fourth victory of the year. 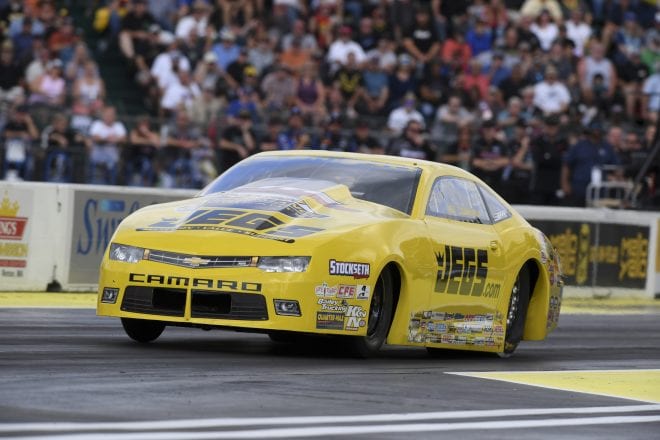 “I think the whole team is real confident right now and that’s what we’re trying to build on,” Coughlin Jr. stated. “We will have to be on our best behavior to stay No. 1 tomorrow and to be the last ones standing on Sunday. We have to make great calls in the pits, drive great from behind the wheel and have the racing gods in our corner.”

Points leader Greg Anderson is currently qualified second following a 6.503 at 211.79 in his Summit Racing Equipment Chevrolet Camaro during the first round of qualifying.

Qualifying continues at 1:30 p.m. PT on Saturday at Pacific Raceways.