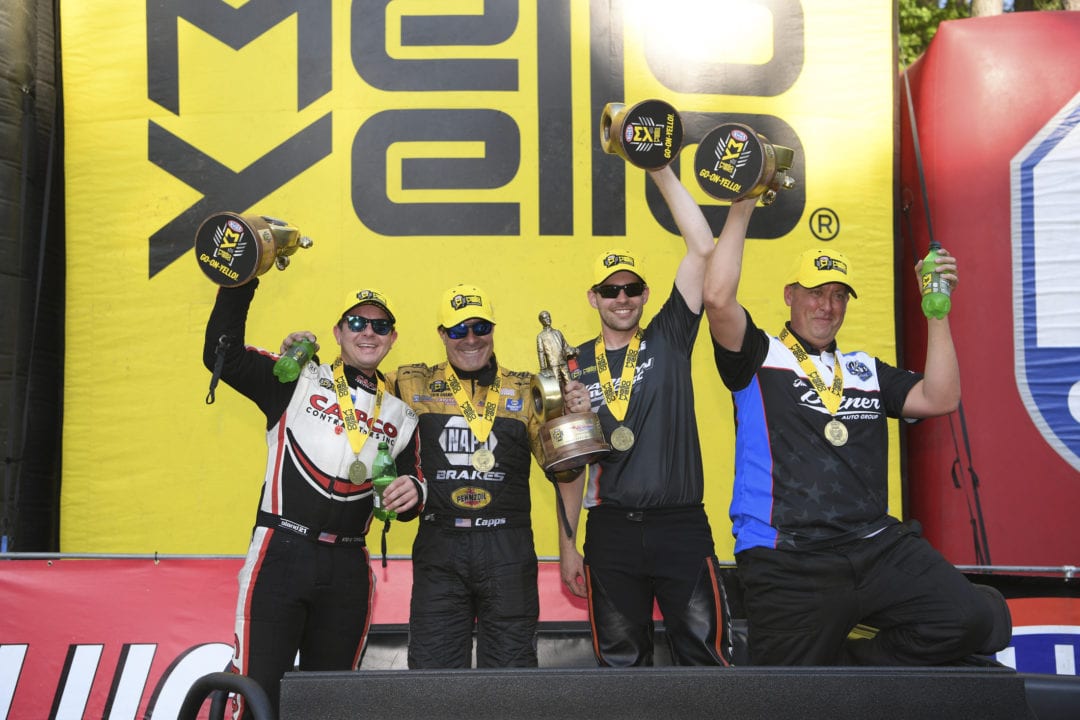 S. Torrence walked away Sunday with his 30th Top Fuel victory in his Capco Contractors dragster with his run of 3.881-seconds at 319.82 mph to defeat Antron Brown’s 3.899 at 309.49 in the final round. This was the 10th time the pair had met in the finals. Brown won the first five and S. Torrence has clinched the last five victories.

S. Torrence secured round wins against Todd Paton, Scott Palmer, and his father Billy Torrence en route to his 45th career final round.

“Hands down and hats off to the whole Capco team,” S. Torrence stated. “Those guys gave me the best race car of the day. We were the guys that went down the track four times in a row. All I had to do was not run over anything or anybody and they gave me the best car ever. Richard Hogan (crew chief) and Bobby Lagana (crew chief) they make the right calls when the pressure is on and when the heat is out there. In cowboy terms, I rode the two best horses out there.” 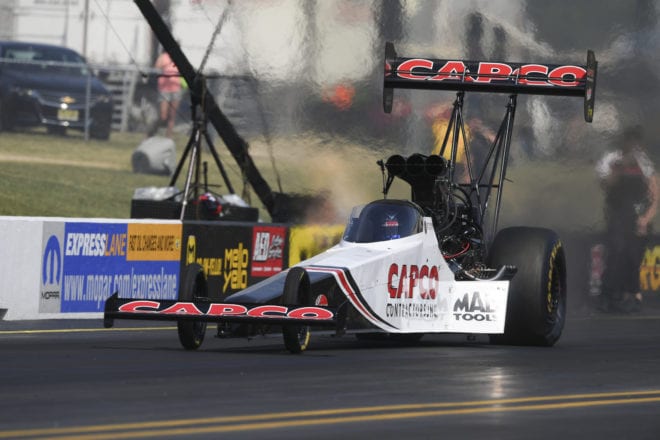 “Just go up there and not make a mistake was my mindset today,” Capps said. “Tobler told me in the trailer prior to the final round, ‘I don’t know why it smoked the tires all day. Everybody has had problems and we’re just going to put it like we did first round when it went 3.99.’ I rolled it in there and obviously it went a bit slower but that’s what he went up there to do. Vintage Rahn Tobler.” 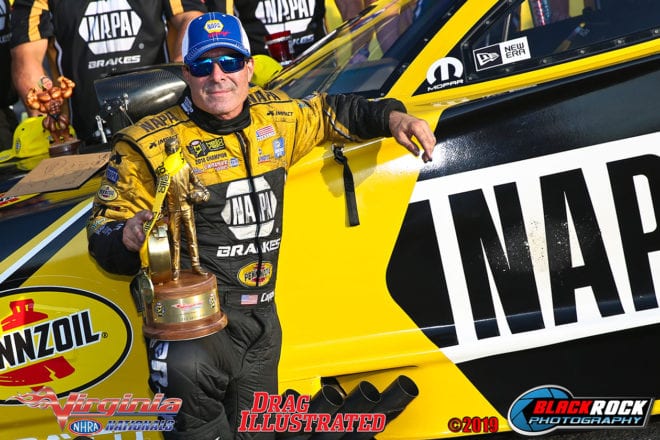 Butner locked-in his fourth win this season when his pass of 6.599 at 209.01 in his Jim Butner Auto Chevrolet Camaro took down Greg Anderson. This is Butner’s fourth victory this season, first at the facility and 11th of his career. Anderson was the last driver in 2004 to secure four victories within the first five events of the season.

Butner also went to the final round of the SAMTech.Edu Factory Stock Showdown where he fell short to Drew Skillman on a holeshot.

“It’s been an amazing season and a good call to come back,” Butner stated. “We made a very good run in the final. Greg and I both made mediocre runs up until that point. The track was great. It’s very smooth and the Franklins did a great job with this place and it would be nice if we came back here a couple of times. It was fun running two cars multiple rounds today. It was a good day and I can’t complain.”

Butner defeated Wally Stroupe, Chris McGaha and Jeg Coughlin Jr. on his way to his 24th career final round. 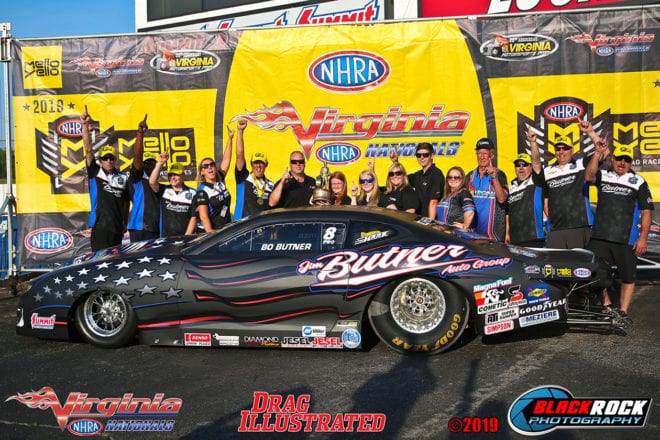 In Pro Stock Motorcycle, Hines, the No. 1 qualifier, earned his third straight victory, fourth overall of 2019 and 52nd in his career after going 6.845 at 195.68 on his Screamin’ Eagle Vance & Hines Harley-Davidson Street Rod to defeat teammate Eddie Krawiec in the final round. The last Pro Stock Motorcycle rider to win four of the first five events to start the season was Hines’ brother, Matt Hines, in 1998.

“We have developed a very good hot weather tune up for our Street Rods and that’s saying a lot,” Hines said. “We typically tend to not look forward to the middle of the season because that’s where our performance tends to fall off and people make up ground on us. Today we were able to take what we’ve learned the last couple of weeks between Charlotte when it got hot and Atlanta when it was really hot. We don’t ever go up there (the starting line) with the same tune up, ever. It was a little bit of picking on it here and there which has led to us finding the window where we need to be.”

Sunday’s final results from the Second annual Virginia NHRA Nationals at Virginia Motorsports Park. The race is the eighth of 24 in the NHRA Mello Yello Drag Racing Series. 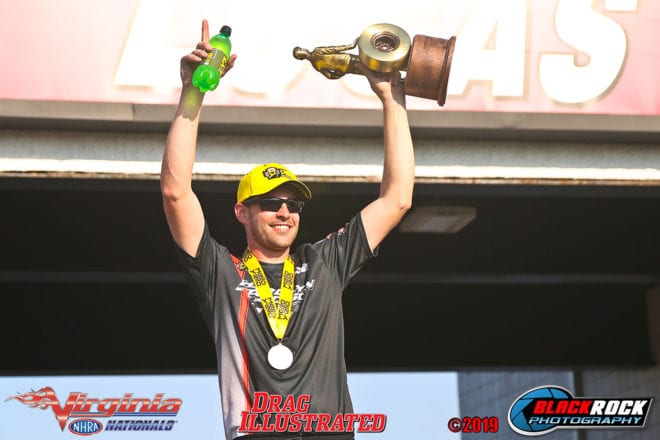