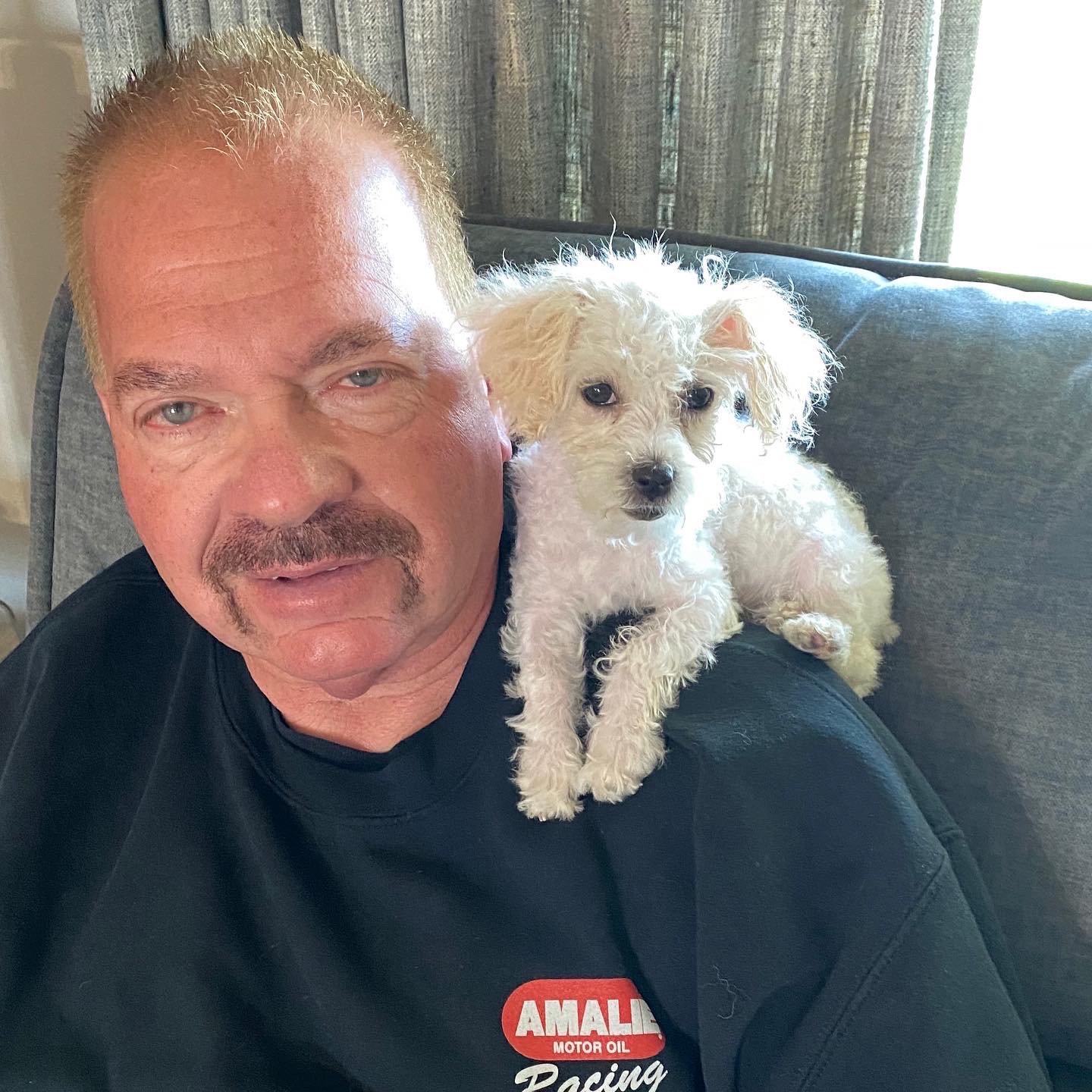 Since the postponed AMALIE® Motor Oil NHRA Gatornationals Terry McMillen has been staying busy in his race shop with crew chief Rob Wendland but in his down time he has let his family go to the dogs. The NHRA Mello Yello Drag Racing Series has been on hiatus since mid-March and McMillen along with his wife Cori and son Cam have been fostering puppies for a Northern Indiana organization, Homeward Bound Animal Welfare Group. The McMillens already have three dogs and a cat so bringing additional puppies into their family only seemed like a logical idea.

“When we got back from Gainesville, our dog sitter Jen Schwartz, who runs the organization, asked if we wanted some puppies to play with for a couple of days, and it has turned into a constant cycle of fostering,” explained Cori McMillen. “We have had about 15 puppies since we started this. We typically have two puppies at a time.  If one gets a home, then she brings me another that same day.”

Now as an additional commitment to the organization McMillen Racing is auctioning a replica crew shirt designed by ProThings, die-cast dragster, cap and visor all signed by Terry McMillen. The auction launched today on eBay, click here to see auction, with all proceeds going to Homeward Bound Animal Welfare Group.

“Fosters are the backbone to the rescue. The more fosters we have, the more dogs we can rescue,” said Jen Schwartz Founder and Director of Homeward Bound Animal Welfare Group. “I have known the McMillen family for a few years, so when they offered to foster, I was thrilled.  With their family fostering two puppies at a time, it gives me the ability to put more focus into rehabilitating dogs with more serious medical conditions.  I know they are enjoying time with the puppies, so it’s definitely been a win-win situation.” 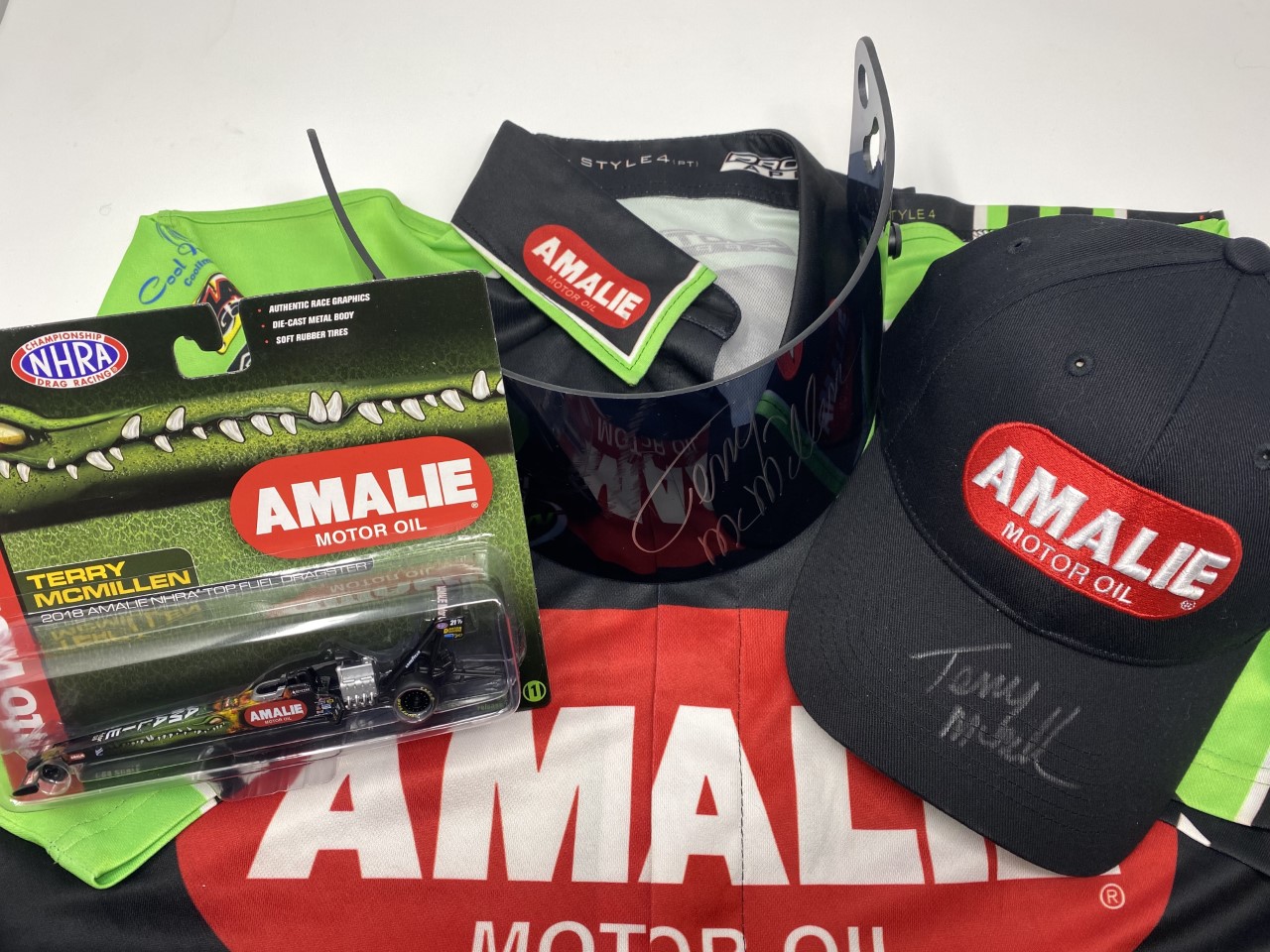 Throughout the down time the McMillens have been busy fostering and comforting each puppy they receive. The ability to house multiple animals has made a huge difference and also creates a busy atmosphere at home.

“Our job is to help them transition into home life, since they have never been in a home environment.  We only foster puppies and it has worked out great, because she needed someone to help fostering puppies specifically. The puppies fit best into our lifestyle since we have three dogs and a cat of our own, so bringing an older dog in with an unknown background could cause conflicts.  Our dogs just ignore the puppies,” added McMillen

Homeward Bound is a non-profit organization that does not receive state or federal funding in turn they rely on fundraising and private donations. They have rescued over 6,000 dogs with the help of a small group of volunteers who are dedicated to helping pets out of less than perfect situations and getting them into their forever homes

“They don’t have a brick and mortar building so, they rely on fosters.  They will take in any dog that needs a home no matter the age or medical condition. They take dogs that are in kill shelters in Indiana and in other states, so that they have a chance at a life.  They also get puppies that are actually puppies from breeders but are considered ‘reject’ puppies that for whatever reason, usually because of a physical or medical condition, can’t be sold to pet stores.  If Homeward Bound didn’t take them, they would either be put back into the breeding cycle or euthanized,” added McMillen.

Terry McMillen Racing based in Elkhart, Ind., is a Top Fuel drag racing team competing in the NHRA (National Hot Rod Association) Mello Yello Drag Racing Series. The team was founded in 2007 and has shown remarkable determination and dedication. McMillen won the prestigious Chevrolet Performance U.S. Nationals in 2018 and has qualified for the NHRA Countdown, the end of season playoffs, in 2017 and 2018. Throughout his career with longtime sponsor AMALIE® Motor Oil McMillen has raced to eight final rounds including a career best five finals in 2018.