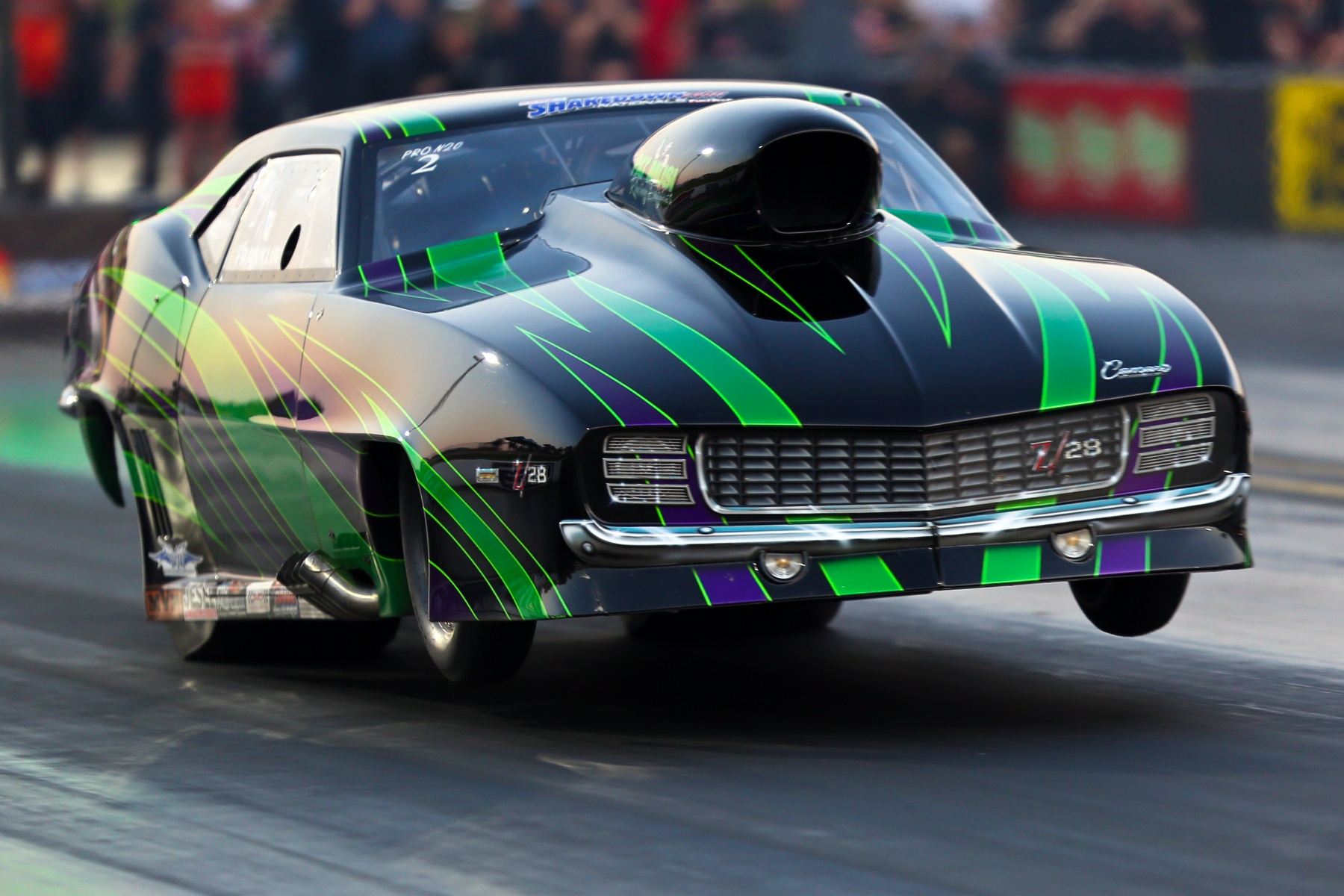 Franklin, a two-time Pro Nitrous world champion, drove his Musi-powered “Jungle Rat” ’69 Camaro to a 3.638-second pass at 206.39 MPH to top the Pro Nitrous field at the World Finals. It was the second time he’s earned a Nitrous Wars point for engine builder Pat Musi and Pat Musi Racing Engines.

“Our engine program is really good now,” Franklin said. “We have our stuff back together and running good. We kind of stumbled there early [in the season]. But we’ve reached a point where we feel good about what we’ve got. Pat’s got some great power and gives us good stuff. I know that’s important to him [to qualify No. 1]. He’s out kicking butt in the no-prep world, so we’re over here trying to carry the banner.”

Nitrous Wars is PDRA’s bonus program rewarding the top performers in Pro Nitrous. The Nitrous Wars trophy is a specially branded nitrous bottle that’s handed off to the latest Pro Nitrous low qualifier at each of the eight races on the PDRA tour. At the end of the season, the driver with the most No. 1 qualifiers takes home the bottle and their engine builder is also named the Nitrous Wars champion.

Franklin was the only driver other than Halsey to qualify No. 1 in Pro Nitrous this season. He’s proud that the Tommy Franklin Motorsports team was the one to mix things up late in the season, but he’s also glad that other competitors in the class are stepping up.

“It’s a challenge over here,” Franklin said. “Pro Nitrous is a tough class and it’s getting even tougher. The competition is stiff out there. We know Halsey can lay a lap down at any point, along with Tony Wilson, Jason Harris, Jay Cox, Marcus Butner, Mike Achenbach – it’s getting so tight and good out there, there’s no one that’s excluded. I get excited to see it.” 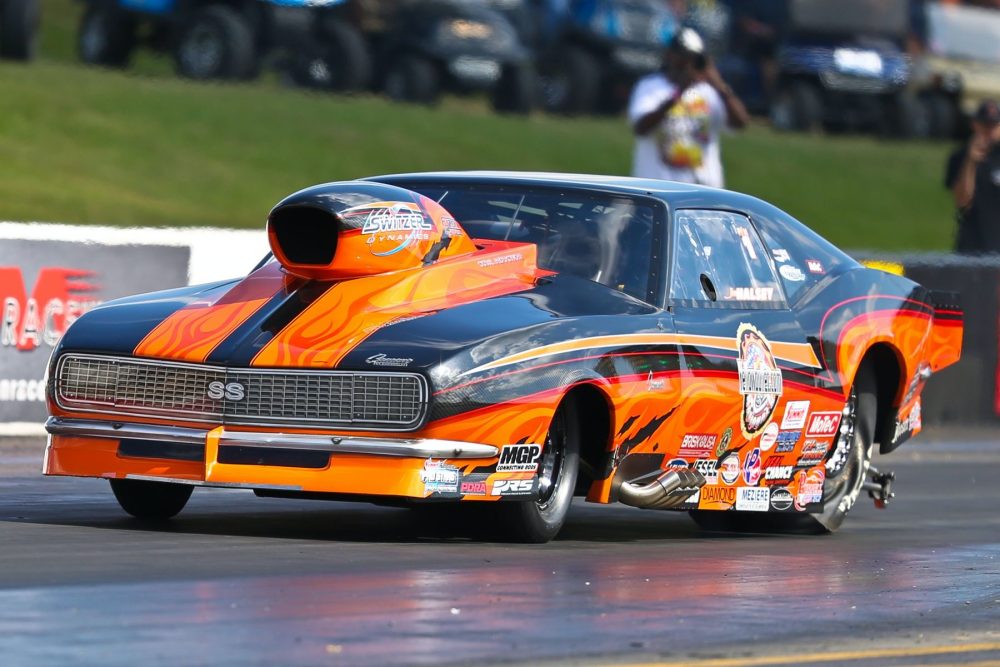 Halsey, who claimed his third consecutive world championship this season, was the No. 1 qualifier at the first five races of the eight-race 2021 season. Halsey also qualified No. 1 in his Brandon Switzer-tuned, Fulton-powered “Daddy Shark” ’68 Camaro at Proline Racing DragWars presented by Modern Racing at GALOT Motorsports Park.

Running at the front in Pro Nitrous using Fulton power has been a point of pride for Halsey, who first started using Fulton engines almost 20 years ago. For the second year in a row, Halsey was able to clinch the Nitrous Wars championship for Gene Fulton, who was at the World Finals and got to join in the winner’s circle celebration after Halsey claimed his sixth win of the season.

“Gene’s been in it for a long time,” said Halsey, who along with longtime girlfriend Cathy Crouse sponsored the Nitrous Wars program through the Crouse family’s Structural Concrete firm. “So I’d say between Gene and Brandon [Switzer], I’ve got myself hooked up with two pretty good pioneers of the sport.”

Halsey and Fulton’s Nitrous Wars championship will be recognized at the annual PDRA Awards Banquet on Friday, Dec. 10 in Indianapolis during the Performance Racing Industry (PRI) Show weekend.

Nitrous Wars will fire up again in 2022, the PDRA’s ninth season, which begins April 7-9 at GALOT Motorsports Park in Benson, N.C.