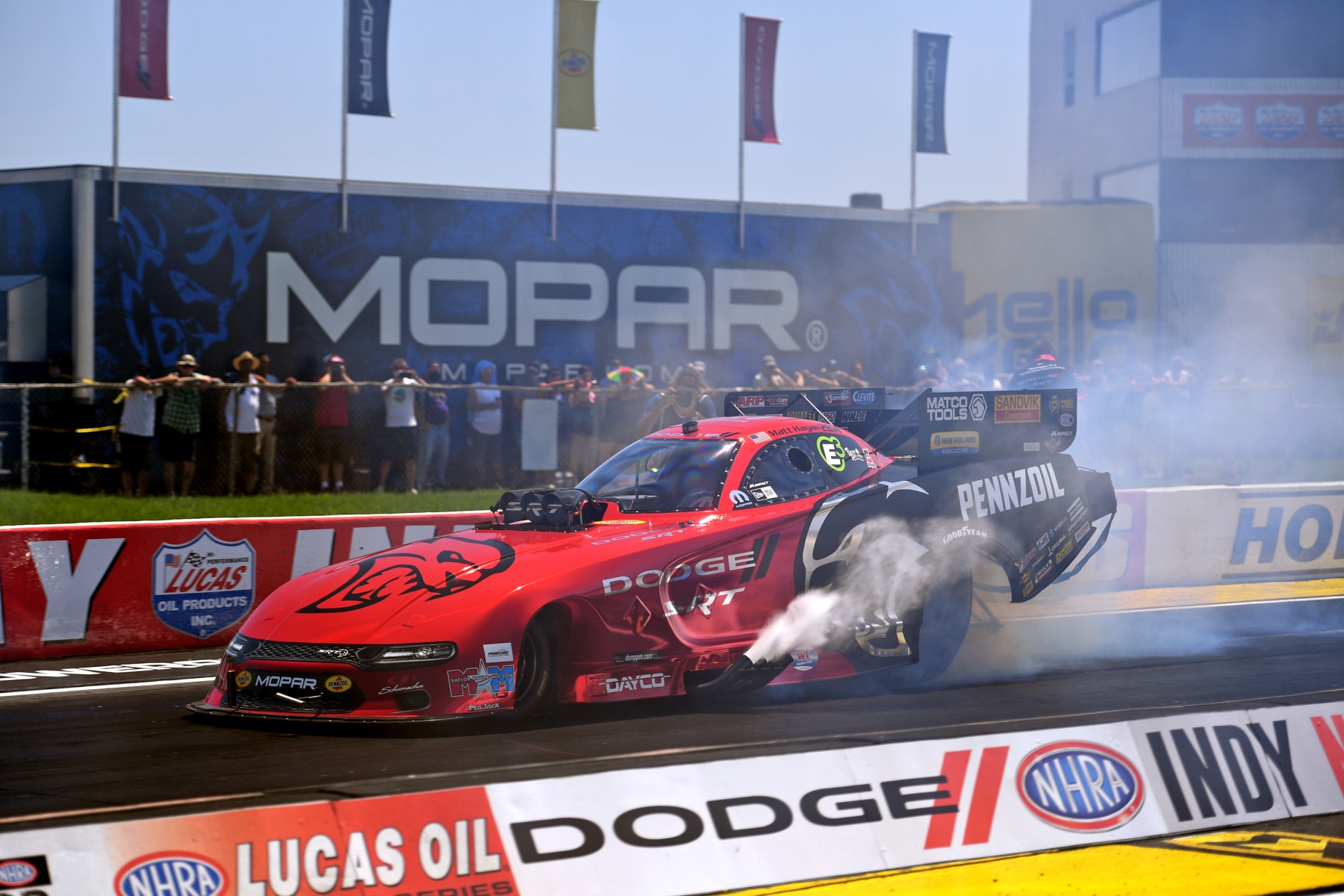 The race serves as the 16th of 22 events during the 2022 campaign and is also the final race before the Countdown to the Championship begins. With a rich history approaching seven decades, action across several thrilling categories and a number of special events, including the new Funny Car All-Star Callout, the Dodge Power Brokers NHRA U.S. Nationals will continue to deliver something special on drag racing’s biggest stage as drivers look to add their names to the list of winners at the Big Go.

“The Dodge Power Brokers NHRA U.S. Nationals represents drag racing’s biggest event and we can’t wait for our fans to celebrate all the special moments that will be made at Lucas Oil Indianapolis Raceway Park in 2022,” said NHRA Vice President of Track Management & Operations, Kasey Coler. “With the addition of events like the Funny Car All-Star Callout, the world’s most prestigious drag race is set to provide even more thrills and unbelievable action in 2022.”

Steve Torrence (Top Fuel), Tim Wilkerson (Funny Car), Erica Enders (Pro Stock) and Eddie Krawiec (Pro Stock Motorcycle) won the event in 2021. All four professional categories will be in action at the 2022 event, which will be broadcast on both FOX and Fox Sports 1 and feature extensive television coverage throughout the event. The event will also feature standouts in the NHRA Pro Mod Drag Racing Series, Top Fuel Harley, and Factory Stock Showdown.

The weekend also includes the highly-anticipated Funny Car All-Star Callout, a specialty race featuring eight top stars in the 11,000-horsepower nitro category. That takes place Sunday, Sept. 4, as the Funny Car teams will utilize a call out format with the No. 1 seed getting their first choice of opponent. This unique format will deliver thrilling racing action from eight star drivers who will gain points towards the All-Star Callout leading up to the prestigious Dodge Power Brokers NHRA U.S. Nationals.

Other special events taking place during the weekend at Lucas Oil Indianapolis Raceway Park include the Dodge HEMI Challenge, the JEGS Allstars bonus event for sportsman racers and much more.

Tony Schumacher, who is returning to full-time action in Top Fuel in 2022, has been a standout performer at Indy over the years, with his 10 victories the most among any NHRA Camping World Drag Racing Series competitor. Funny Car legend John Force picked up his fifth U.S. Nationals win in 2019, tying him with Ed McCulloch for the most in class history. Reigning Pro Stock world champion Greg Anderson has six Indy wins to lead active drivers in the class, while Angelle Sampey, Andrew Hines and Krawiec all have three U.S. Nationals wins in Pro Stock Motorcycle.

To purchase tickets to the 68th annual Dodge Power Brokers NHRA U.S. Nationals, fans can visit www.NHRA.com/tickets. All children 12 and under will be admitted free in the general admission area with a paid adult.