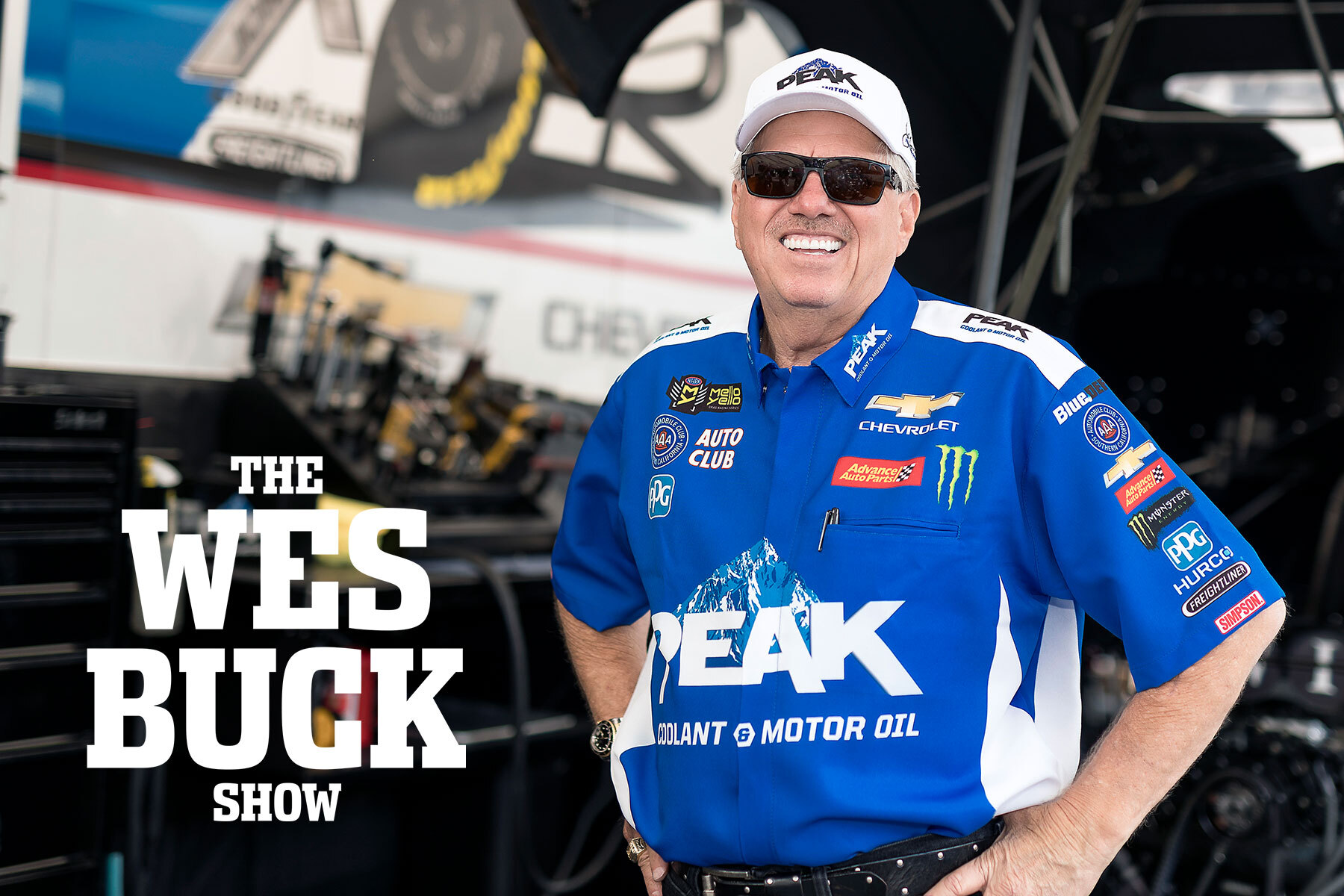 The Wes Buck Show [WBS] podcast announced today it will broadcast live from the John Force Racing facility in Brownsburg, Indiana, on Wednesday, August 31st. Drag Illustrated Founder & Editorial Director, along with co-hosts Mike Carpenter and JT Hudson, will be on-site and ready to start the show at its regularly scheduled 3 PM EST time slot.

“We couldn’t be more excited to be invited to participate in John Force Racing’s Media Summit as part of the lead up to the NHRA U.S. Nationals,” said Wes Buck, host of The Wes Buck Show.

“That Brownsburg, Indiana, area – home to a slew of drag racing’s biggest teams – is iconic, and to have the opportunity to be a part of that community even for a couple hours while we film an episode of our show is a true honor,” Buck explained. “If you know anything about drag racing, you know John Force, and to be associated with his team and this event is, honestly, beyond our wildest dreams.”

This special edition episode of The Wes Buck Show will feature Brian Bohlander, Director of Marketing – Sports & Partnership at Old World Industries, which owns PEAK Performance and BlueDEF. The entire JFR driver roster will also answer questions and shoot hot takes on the latest in NHRA drag racing. Bohlander, along with Sara Slaughter, JFR’s Public Relations Director, put together the idea to have The Wes Buck Show at JFR.

“We’re really looking forward to hosting the Wes Buck Show at the Indy facility,” states Slaughter. “We think it will be a great way to add to the prestige of the week heading into the U.S. Nationals. The Media Summit came to fruition with PEAK to offer a unique look at our team from the ground up. We’re always trying to find new ways to tell the John Force Racing story and offer exposure to our partners.”

“OWI with our flagship brands PEAK and BlueDEF are excited to have Wes and the team from The Wes Buck Show experience what makes John Force Racing such a powerhouse as the NHRA gears up for the Big Go,” Bohlander said. “This is a rare opportunity to bring the show behind closed doors with some of the greatest personalities in the sport.”

“We can’t wait to spend some time with John, Robert Hight, Brittany Force, Austin Prock, and the rest of the JFR team before they roll out for ‘The Big Go’ and help add some excitement to one of the biggest weeks on the calendar for our sport,” Buck continued.

This exciting event between JFR and The Wes Buck Show is part of the lead-up to the biggest race of the year, the NHRA U.S. Nationals. The U.S. Nationals is the world’s most prestigious drag race. This year, the event returns to its action-packed weekend overlapping Labor Day, August 31-September 5.