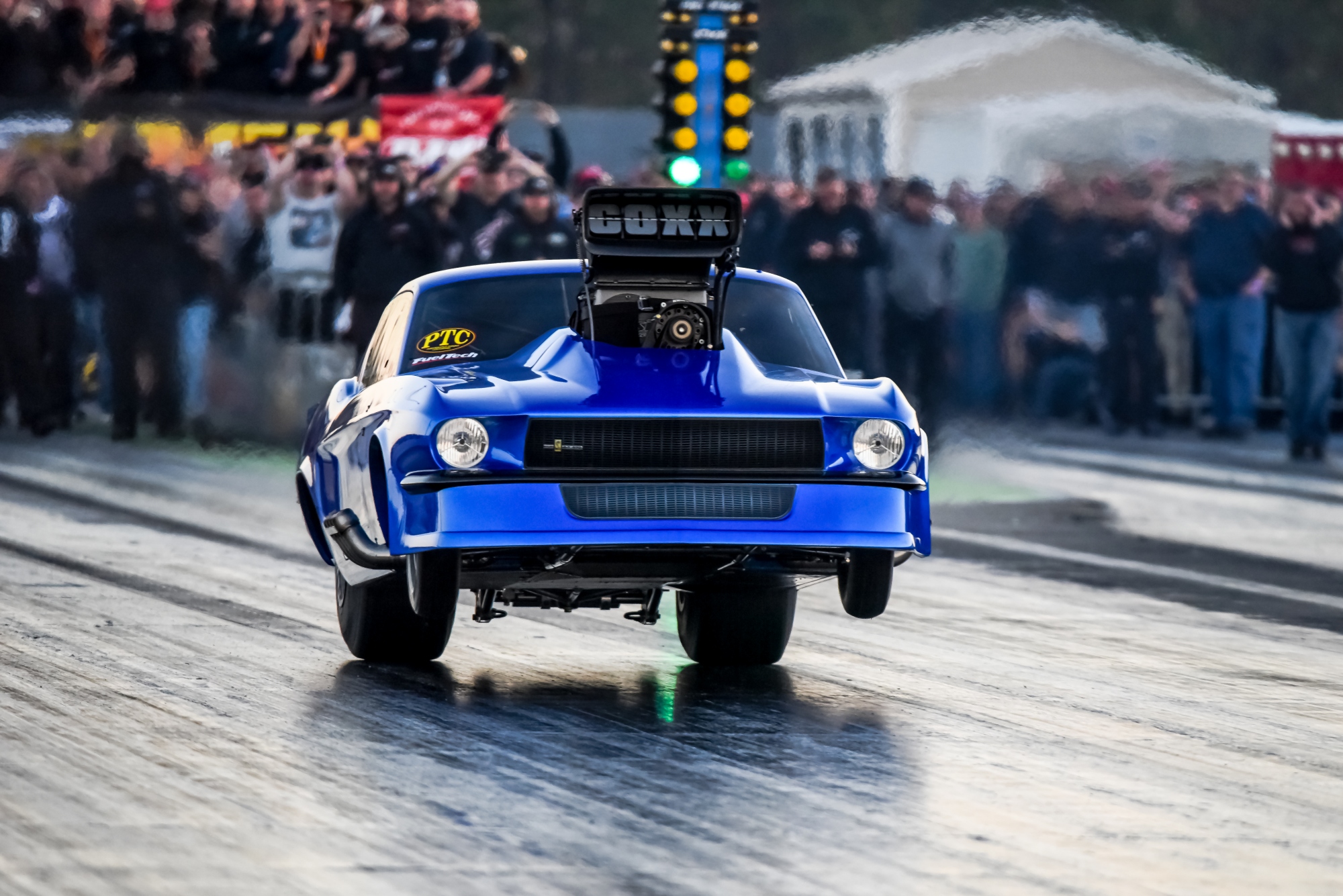 From the small-block-that-could to Stevie Fast’s ongoing reign of terror and everything in between, DRAG ILLUSTRATED delves into all the eyebrow-raising moments of Donald Long’s 11th annual running of Lights Out at South Georgia Motorsports Park.

For most people in America there’s still snow on the ground, so it’s hard to argue that there is any better time for Donald Long to throw a drag race than the second week of February. Racers and fans the country over are as eager as the day is long to kick off the racing season, and if they’re lucky, start their year off in style at the most prestigious and popular small-tire race in the world.

With Lights Out 11 now in the rearview mirror, the team at DRAG ILLUSTRATED sat down to break down some of the biggest moments of the race. The list below represents just a selection of the many highlights – and a few lowlights – of “the Night the Lights Went Out in Georgia.”

BEST: Stevie Fast Does It Again

While DI’s Josh Hachat fully examines Stevie “Fast” Jackson’s impressive performance at Lights Out 11 in this opinion piece, it’s also worth mentioning here. Jackson’s win over David Reese in the Radial vs. the World final round marked his fifth victory at one of DuckX Productions’ races at South Georgia, including one at No Mercy last year. He’s simply operating at a different level than many of his competitors in RVW. Besides the obvious fact that David Reese is an old-school small-tire guy that anyone who’s been paying attention for any amount of time can’t help but root for, it was undoubtedly impressive for the Georgia-native to roll out a brand-new race car (that he built himself) with a small-block Chevy powerplant and become an instant power player. Reese in his “El Diablo 2.0” ‘19 Camaro qualified No. 2 with a 3.61-second blast before laying down three 3.58s in the first four rounds of racing. With a better reaction time and 3.594 in the final round, he came up just a few thousandths short of taking down Jackson. 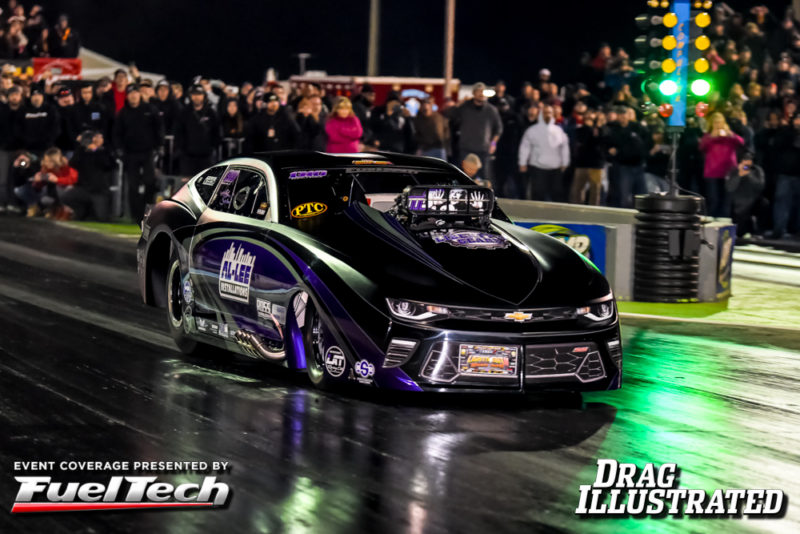 Melanie Salemi has been on the Radial vs. the World radar since winning in her RVW debut at the World Street Nationals at Orlando last November, but her performance at Lights Out 11 proved how seriously her team is taking their small-tire program. Tuned by her husband, Jon, and brother-in-law Jim, Salemi fired off a 3.546 at 213.57 mph to tie Stevie “Fast” Jackson’s class ET record during the first round. She was stopped in the semifinals when an electrical issue shut off the screw-blown “Side Piece” Camaro after the burnout.

BEST: Manny Buginga is The Man in X275

Manny Buginga may have let the event win slip through his fingers in X275, but his turbocharged Mustang did leave South Georgia as the quickest X275 car in the country after lowering the class record twice. He led qualifying with a 4.229 and improved the mark with a 4.220 in the third round. He and No. 2 qualifier Rob Goss were both off pace in the final round, though Goss held out for the win in a 4.539-to-4.599 race. 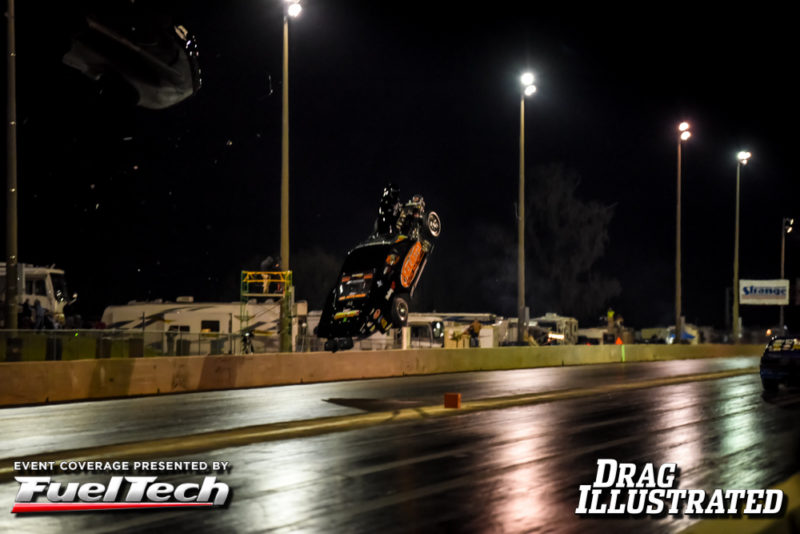 A flying, 2,500-horsepower Radial vs. the World car has become an annual tradition at Valdosta, and this year it was Marcus Birt’s turn to take flight. His Musi-powered, Bickel-built Corvette went into a wheelstand during Q3 and eventually ended up around 20 feet in the air before landing hard. Birt walked away without serious injuries, but it’ll be a while before the world’s quickest nitrous car is back in action. 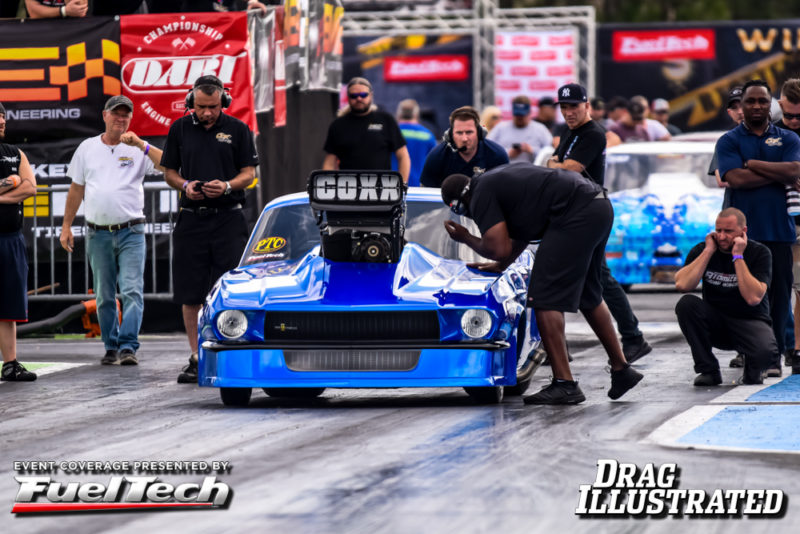 Super Bowl-winning NFL star Fletcher Cox’s supercharged ‘67 Mustang rolled off the chassis jig in the summer of 2018, but it made its competition debut at Lights Out 11. With driver Shawn Ayers, the Fletcher Cox Racing entry qualified No. 4 in the 32-car Radial vs. the World field with a 3.654 and reached the semifinals, where the past NMCA champion was knocked out by Jackson. 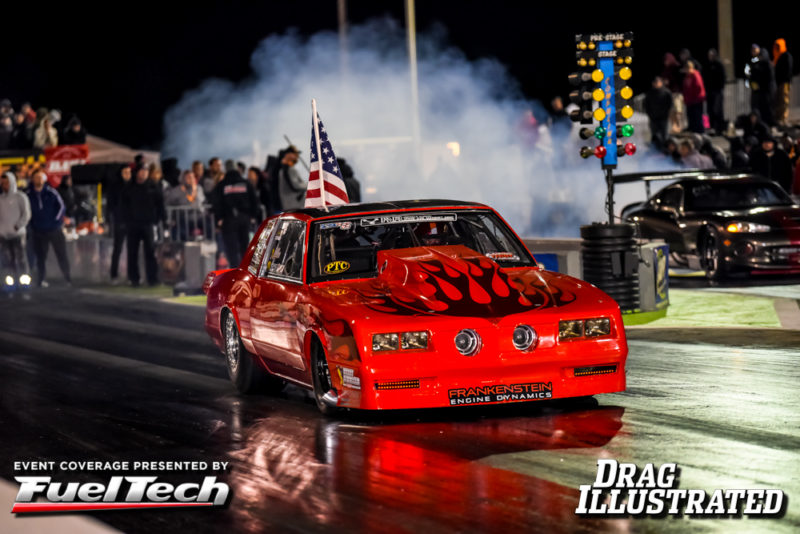 Shane Stack in his “Thrillbilly” Monte Carlo is a dominant force in Limited Drag Radial, and his Lights Out 11 win just adds to his rich history at South Georgia. The class frontrunner has won Lights Out and No Mercy here. This year, the Alabama native struggled in qualifying with a No. 19 starting position. He came on in eliminations, though, fighting through four rounds to ultimately knock down Andy Manson in his ProCharger-boosted Mustang.

While Marcus Birt’s airborne incident caught the most attention online, there were a handful of other unfortunate crashes or major mechanical issues throughout the weekend. Daniel Pierce walked away from a hard hit in the bright green, diesel-powered Nova formerly campaigned by Ryan Milliken. In RVW qualifying, Ev Bernardo (pictured) slapped the right-side wall after sliding across the centerline in front of Melanie Salemi, who was off the throttle early and avoided contact. 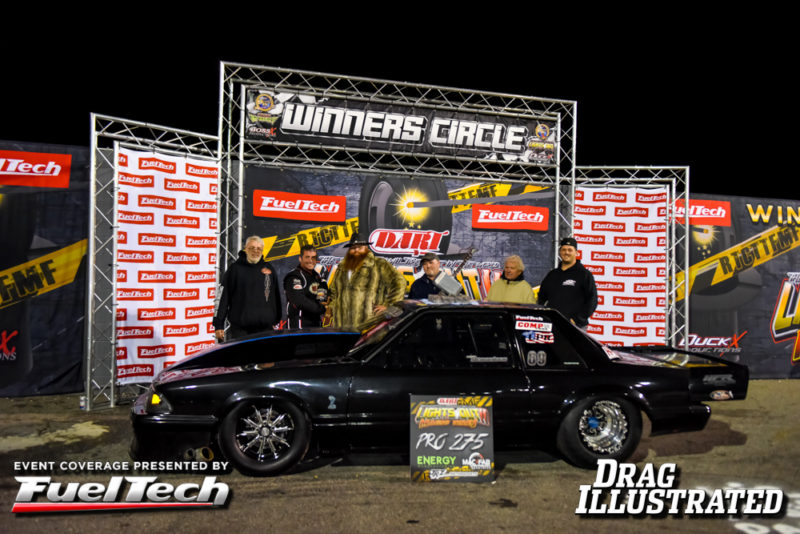 Pro 275 has been called the “Radial vs. the World of 275-tire racing” because like its big brother, the weight and power rules are basically a free-for-all, with the smaller tire serving as the limiting factor. The class is starting to attract a number of RVW players, as the Pro 275 qualifying field grew past 40 cars this year. Rather than being dominated by new hitters, the class was wide open. It came down to No. 11 qualifier Russell McManious and No. 20 qualifier Brian Anderson in the final round. McManious nabbed the win with a 4.385 in the all-’93 Mustang final. 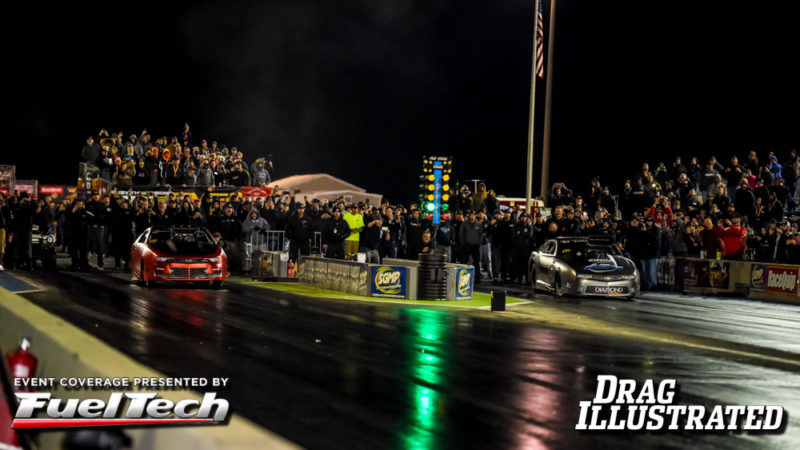 When it appeared that rain might cause problems with the planned schedule for Sunday eliminations (round two and beyond), Long and race officials decided to move everything up and complete the race by Saturday night. It happened late, late Saturday night, but the race was indeed completed and the finalists were able to perform in front of a solid crowd.