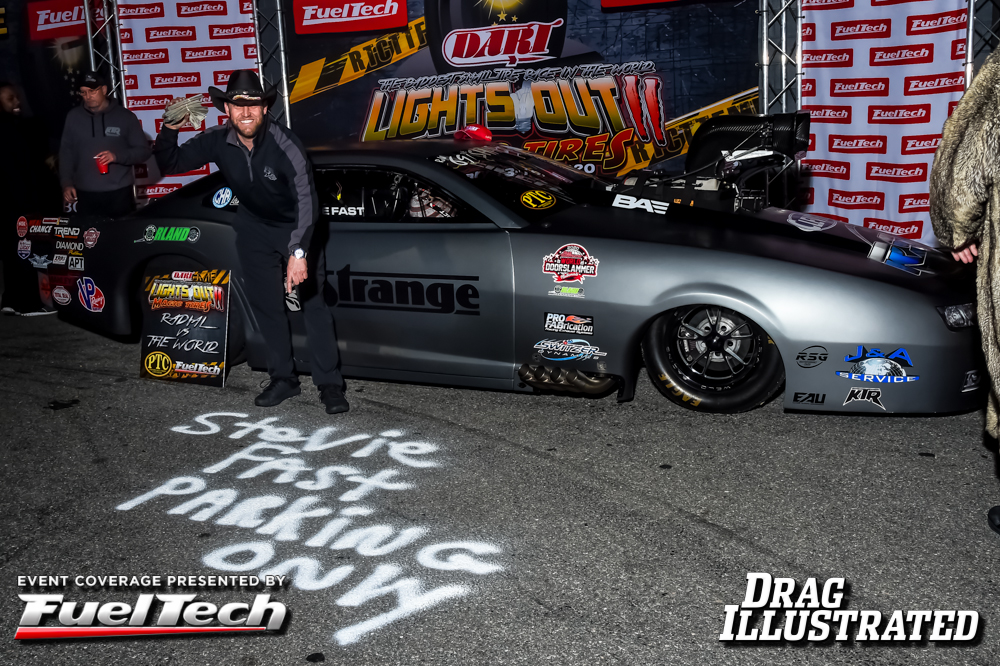 When Stevie “Fast” Jackson finally got to reflect on his 2019 season, he did so acknowledging how difficult it would be to top it.

Jackson has won the first two races he’s entered in 2020 – both in the Radial vs. the World Shadow 2.0 – crushing the field on Saturday at Lights Out 11 in Valdosta.

If this is the encore to an utterly brilliant 2019, one that included a NHRA Pro Mod world championship and multiple RvW wins, then the sequel may just be better than the original.

By all accounts, including Jackson’s, last year was the best year of his career, putting together arguably the most dominant season in NHRA Pro Mod history.

Through two months in 2020, though, he’s on pace to top it, which begs the question: Is Stevie Fast the best racer alive? 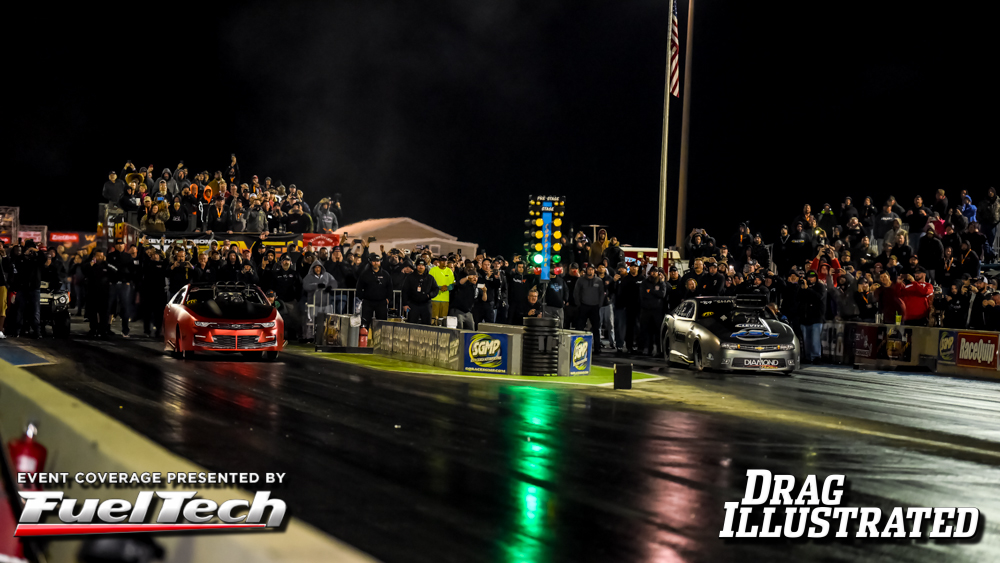 You can throw out your Torrences, your Hights, your Enders, your Coughlins and I could be good with any of those names. But Jackson certainly deserves to be in the conversation after the past 11 months he’s experienced.

If you’re somehow unaware, first, what are you doing with your life? Second, let’s review, just for the wow-factor sake.

For those keeping track, that’s eight wins and 12 final rounds in 19 races (counting Sweet 16 2.0 and the World Series of Pro Mod) in two classes.

That’s not impressive, that’s a one-sided beatdown against some truly talented racers. Winning the NHRA Pro Mod title was remarkable, considering how loaded that class is. But Jackson separated himself from the outset and dominated down the stretch to put a thunderous stamp on his championship.

In Radial vs. the World, Jackson appears at least one step ahead of everybody, a tribute to the work he and super-tuner Billy Stocklin have done.

If everyone else is playing checkers, they’re playing chess. That team is operating at a different level than everybody else at the moment and that was wildly apparent this weekend in Valdosta. 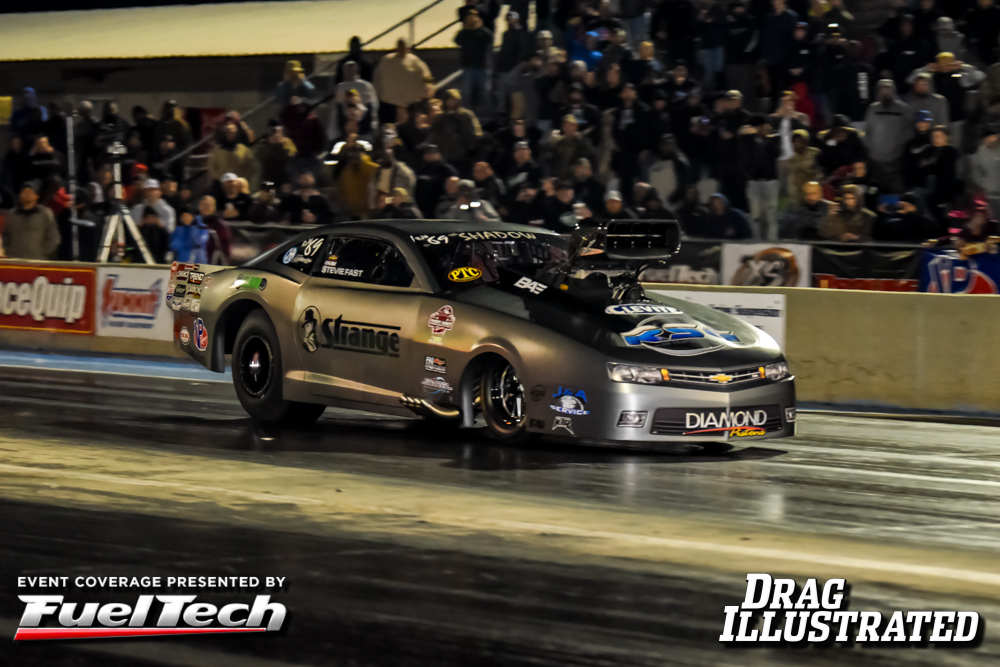 That led to a final-round with David Reese, where Jackson finally had to squirm a little. Still, it ended up a Jackson victory on the strength of a 3.548 at 213.81 mph moonshot – in the middle of the night, no less.

On one of the longest single race days he’s been a part of, Jackson was brilliant all the way through, but it encapsulates what makes him so great.

The work is done long before he gets to the track. While many are scrambling, Jackson is prepared. While they’re pulling all-nighters to get everything ready, Jackson already had his parts and engines refreshed for weeks, his plan already plotted.

It’s the work behind-the-scenes that’s put such a gap between him and much of the competition, which is unequivocally a key requirement to be among the elite in the sport.

Jackson is in that conversation and he may be the top name in it because he doesn’t look to be slowing down anytime soon.

He promised to rotate the earth in RvW at Sweet 16 3.0 next month, which means we may see a run in the 3.40s. I mean, would you be at all surprised at this point? Everything Jackson touches these days turns to gold.

His blown RJ Race Cars Pro Mod Camaro seems just as lethal, and it wouldn’t be a shock to see Jackson pick up where he left off in that class, too – which would mean following up the wins at the last two races of the NHRA Pro Mod season.

The Drag Illustrated World Doorslammer Nationals presented by CTech Manufacturing – March 6-8 in Orlando – and the Gatornationals the following week mark Jackson’s 2020 Pro Mod debut and next outings, and he’s riding a tsunami of momentum right now.

Jackson may talk big, but he more than backs it up and that makes this all that much more enjoyable. He’s brash and he calls his shot, making a bold prediction and following through.

To do that this often and come through this frequently – especially in a sport that’s as unforgiving as drag racing – is truly phenomenal. 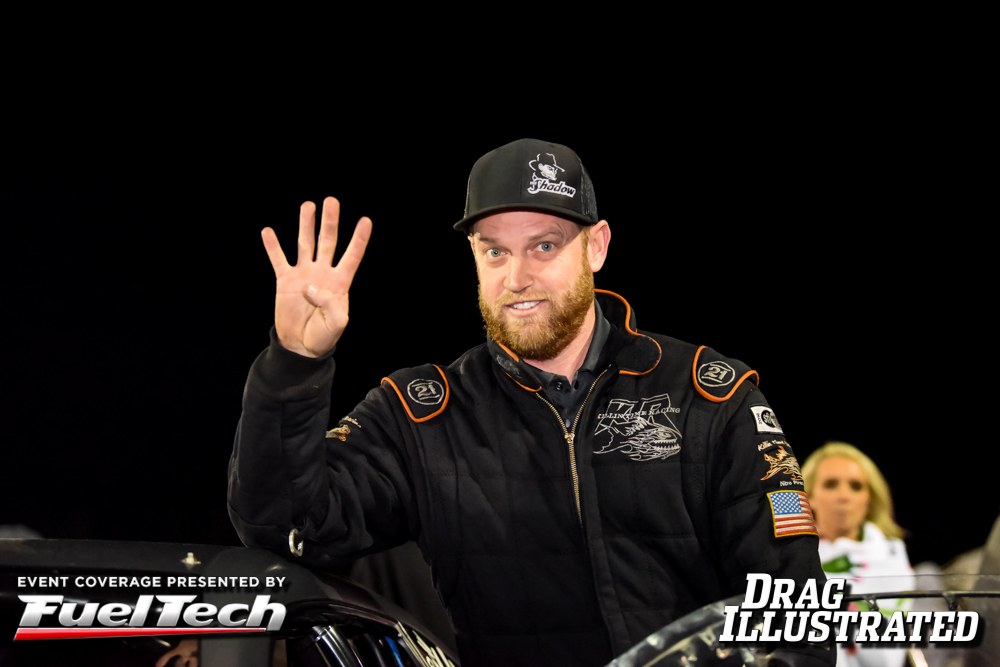 When I talked to Jackson before his 2020 started, he admitted the massive pressure he faced coming off an incredible 2019.

He noted the years following a dominant season usually end up as a flop or an abysmal failure for many. But Jackson likes to be different, and likes to be the exception.

Like many of us, John Force is Jackson’s hero. But Force didn’t have just one dominant season. He’s had 16 of them, winning that many titles and 151 career races.

Those are the goals Jackson is after, as starry-eyed as that may be. One incredible, championship-winning season won’t do and Jackson is well on his proving that.

“I believe I can outwork any human being on the planet,” Jackson told me last month. “My guys have tasted success and they collectively agreed like winning more than losing. I never want to lose another round. Every time I pull the car to the starting line, I don’t want to lose. A guy like Force, to have that much success, it takes brutal tenacity. I never want to get comfortable losing. My goal will always be to try to smash the person in the other lane.”

Sounds like the words of the best racer on the planet.