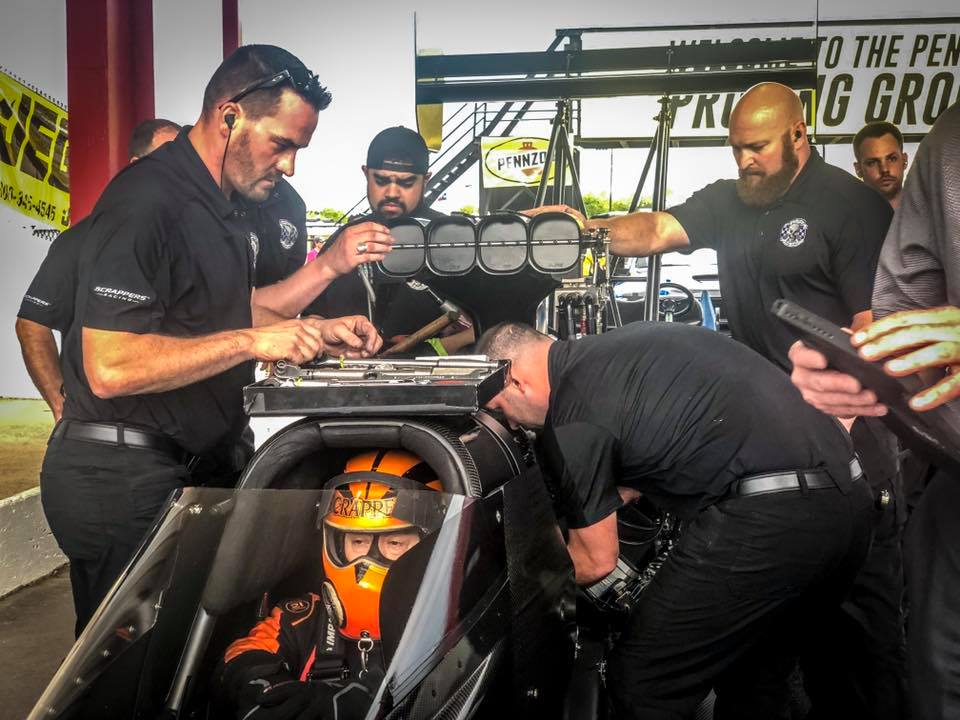 With the way his Scrappers Racing Top Fuel dragster is running, Mike Salinas sees a golden opportunity in front of him and he plans to take advantage.

It’s another Four-Wide Nationals this week – this time at zMAX Dragway in Charlotte – and Salinas hopes to recreate that four-wide magic on the East Coast as he tries to take full advantage of a dragster putting up one impressive run after another.

“When you have opportunities, you have to rise to the occasion because they’re not always going to be there,” Salinas said. “Alan is calm and methodical, and he builds champions. We’re continuing to build for the future, and he keeps adding little bits and pieces that make us all better.”

The race is the sixth of 24 events during the 2019 NHRA season and will be televised on FOX Sports 1, including a broadcast of the finals on Sunday at 6:00 p.m.

Salinas currently sits fourth in a tightly-packed Top Fuel field, and is less than 50 points out of first. But there’s also a host of talented drivers nipping at his heels, which means there’s no chance for let-up in Charlotte. 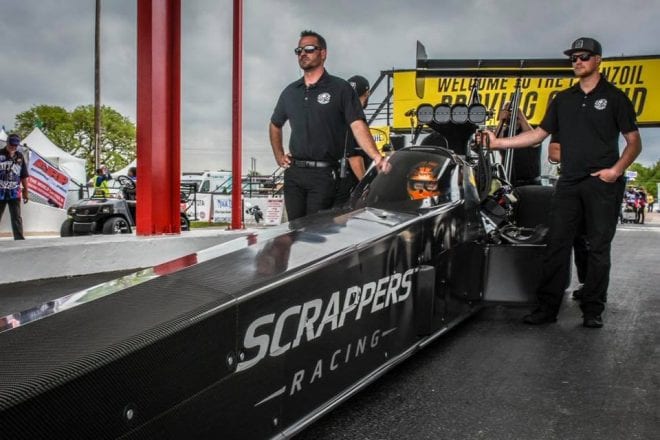 After falling on a holeshot in a close loss to three-time world champion Antron Brown in the opening round in Houston, Salinas has been hard at work on his reaction times heading into Charlotte, which can provide a frenetic starting-line scene with the four-wide setup.

In situations like those, however, Salinas will lean on his talented team, confident he will perform in a car that is ready to put on a show at zMAX Dragway.

“We have a good gameplan and we’ll know where we are within the first two qualifying rounds,” Salinas said. “We’re always trying different and new things. Alan and Brian, and the great brain trust on this team, they’re always contemplating about what we can do. We’re all like-minded people with the same common goal and it’s pretty amazing to be part of.”

That’s what it takes to succeed in Top Fuel and Salinas knows if one area is lacking on a particular weekend, a number of talented drivers can send him home quickly.

“You better cut a good light in this class,” Salinas said. “The nice part with where I’m at is I don’t have to worry about the car. But the cool thing that I like about this class is you can’t take anybody lightly. I don’t care if you’re the No. 16 qualifier, these cars are special and you have a lot of talented younger drivers.”

The number of talented drivers extends past the Top Fuel class in the NHRA and also includes his two daughters, Jianna and Jasmine, who will both be competing this weekend at zMAX Dragway in Pro Stock Motorcycle and Top Alcohol Dragster, respectively.

Both have made impressive strides already in 2019, including Jasmine advancing to the semifinals in Vegas, and Mike has been proud of the determination they’ve shown thus far.

“Both are working hard and we just want to see continuous improvement,” Salinas said. “It’s a learning year, and we’re learning how to go racing, but everyone is working hard.” 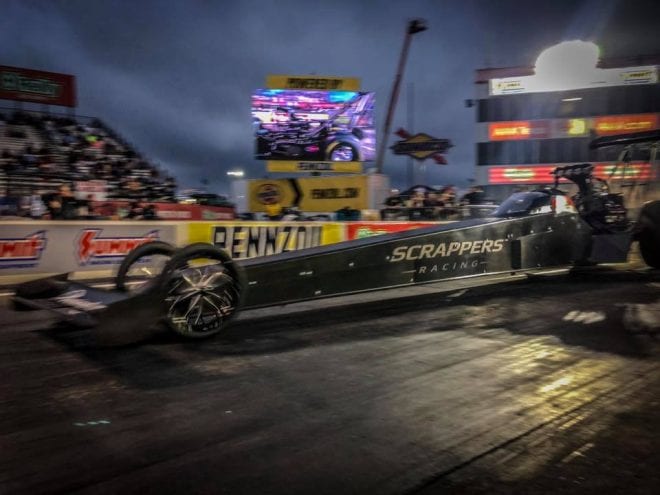