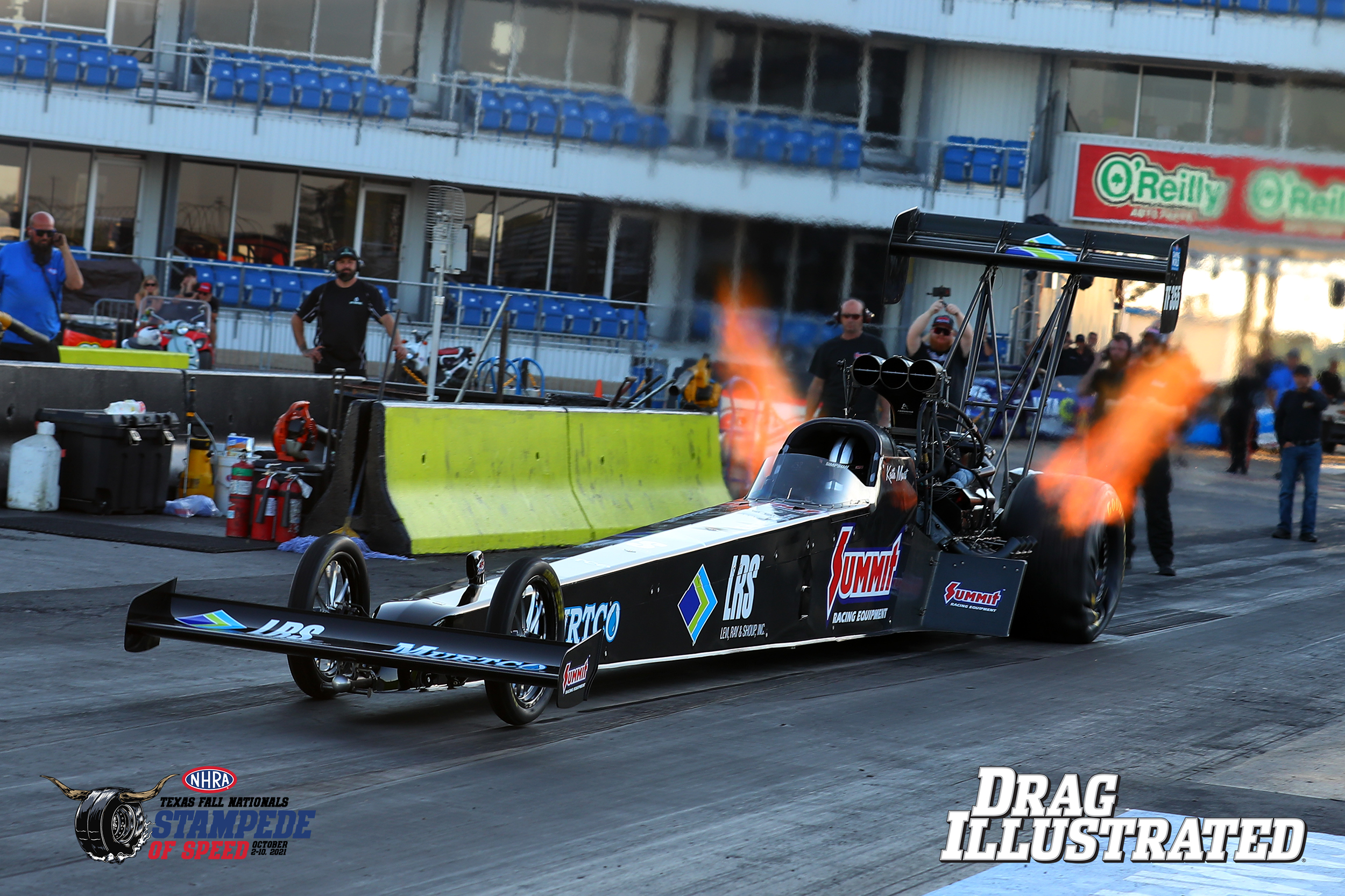 In advance of the 36th annual Texas NHRA Fall Nationals at the historic Texas Motorplex over two dozen professional teams took to the all-concrete track on Wednesday to prepare for the fourth Countdown race starting Friday, October 8.  Teams were able to make passes under race day conditions to be fully prepared for the four qualifying sessions and race day on Sunday, October 10, during the inaugural Stampede of Speed event. Every professional class was represented as well as Top Alcohol Dragster and Top Alcohol Funny Car competitors. With consistently favorable weather conditions for the next four days competition will be fierce heading into the weekend.

At the conclusion of testing fans migrated to Railyard Park in downtown Waxahachie for a free screening of the popular Snake & Mongoose feature length movie. The film was shown outdoors with food trucks and backyard games available. Following the movie Don “The Snake” Prudhomme talked about the film, his relationship with Tom “Mongoose” McEwen and his thoughts on returning to the Texas Motorplex to be recognized as a track legend. Fans were also able to get autographs on a limited-edition Snake Texas Motorplex Legend hero card that will only be available at Stampede of Speed fan events through the Texas NHRA Fall Nationals. 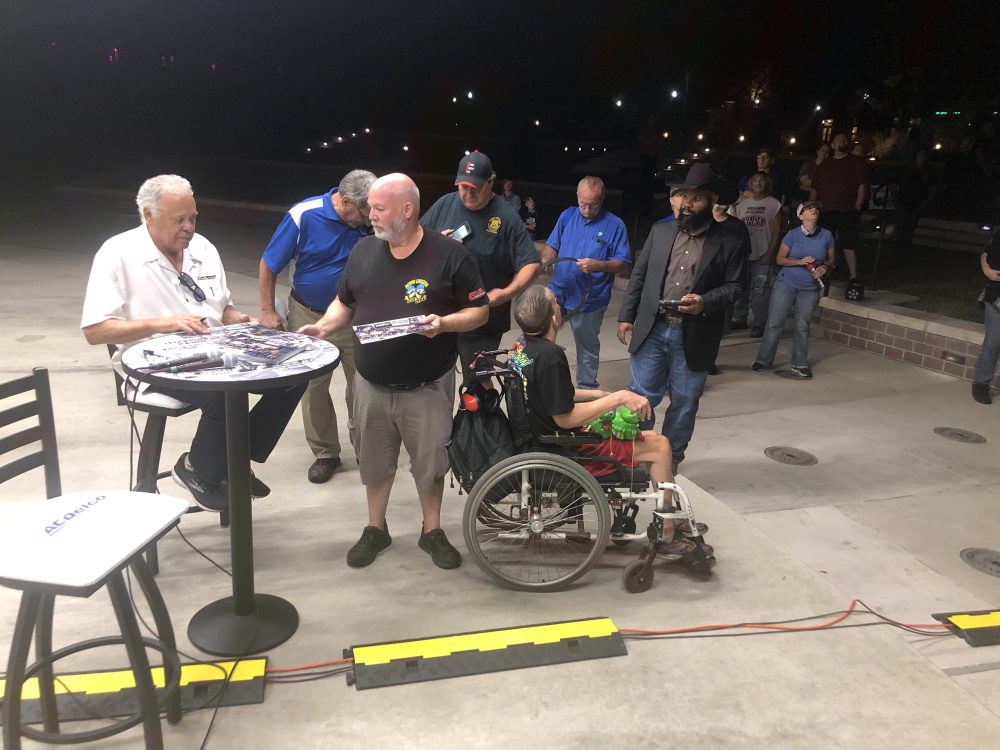 “Giving the teams the chance to test on Wednesday was a great opportunity to let them get more prepared for the weekend to put on an amazing show for the fans,” said Christie Meyer Johnson, co-owner of Texas Motorplex and daughter of Motorplex founder Billy Meyer. “The movie night was also a new edition to the Stampede of Speed program, and I have to thank Don Prudhomme for coming into town to celebrate with our fans. Events like the movie night will continue to grow and make the Stampede of Speed a must-attend entertainment event.”

For the second year in a row Friday Night Live will turn the traditional qualifying schedule on its head as music, exhibition runs and a special guest DJ will surround the Friday night NHRA pro qualifiers as they try and run to the top of their respective categories at speeds over 330 mph in under four seconds. The quickest runs of the night in Top Fuel and Funny Car will be awarded $15,000 each for their efforts with Pro Stock earning $5,000 and one Pro Stock Motorcycle rider pocketing $1,500. The night will conclude with a free after-party on the starting line.