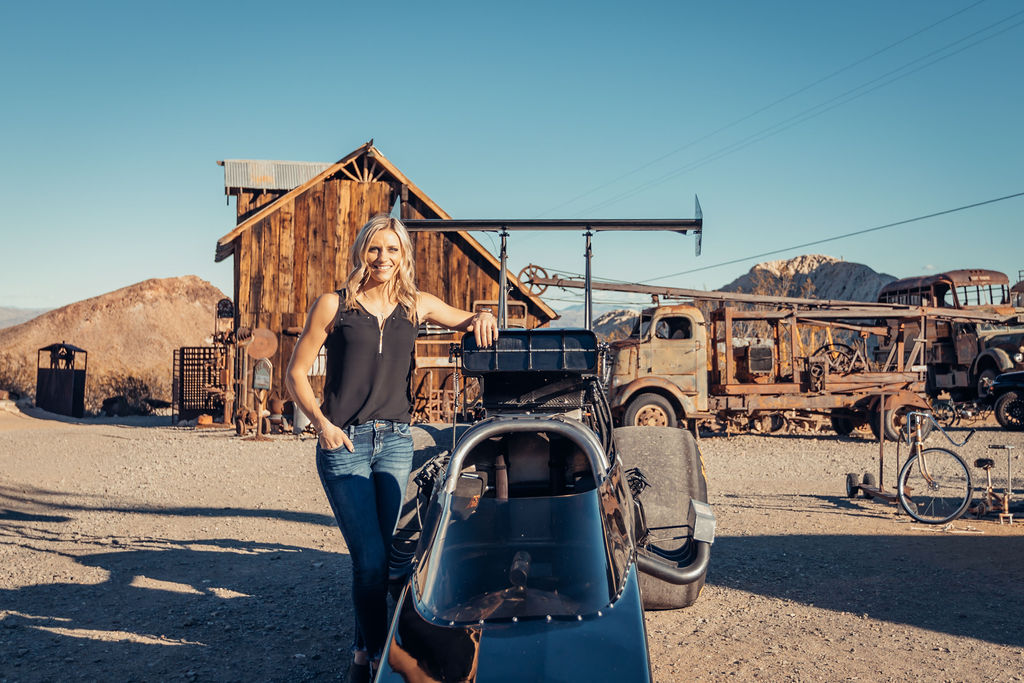 Las Vegas native Taylor Vetter has been wheeling dragsters since she was active in NHRA’s Jr. Drag Racing League at just eight years old. Vetter has experienced success most recently in the quick and competitive Top Dragster class, but at the upcoming Dodge//SRT NHRA Nationals at The Strip at Las Vegas Motor Speedway, the 26-year-old will step up her game in a big way.

Vetter will make her debut in Top Alcohol Dragster driving the Plan B Motorsports supercharged, methanol-burning entry tuned by Nick Januik, who will continue his charge for race-wins and championships in the team’s fearsome Top Alcohol Funny Car.

The transition for Vetter into the quickest car in the Plan B Motorsports camp will also move her into position as the only female currently competing with a blown (supercharged) engine combination in NHRA’s 5-second, 285 mph alcohol category. Christine Chambless-Foster previously held the honor, but she recently announced a move to the Top Alcohol Funny Car category.

“This is something I’ve been looking forward to for a long time,” said Vetter. “The challenge of driving a blown car like this is something a lot of people don’t get to experience, so I’m excited about it. You have to do the burnout at the right rpm, swap feet at the right time, and hit all your shift points. There is a lot going on, but these cars are really racy and super fun to drive.” 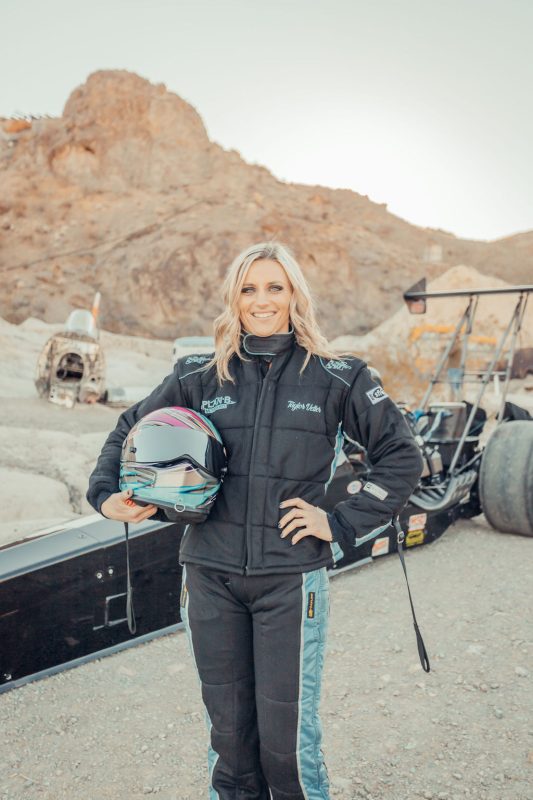 Vetter, who licensed late last year, warmed up to the large task gradually, first racing the local bracket series in a dragster with her family, then elevating to NHRA Super Comp at the division and national levels, and finally increasing speed and intensity with her move to the Plan B Motorsports Top Dragster in 2019.

Her first taste of victory after graduating from the Jr. league came in her first season of adult competition. Vetter was awarded a pewter Wally – NHRA’s coveted trophy – in the National Dragster Challenge at The Strip at Las Vegas Motor Speedway, a prestigious event for E.T. bracket racers at NHRA member tracks.

Most recently, Vetter claimed another Wally – her first at the division level – in a hard-fought Top Dragster victory at this season’s Northwest Division race at Pacific Raceways near Seattle.

“Winning the National Dragster Challenge my first year in a big car was really special, but the high point of my career so far was winning the division race in Seattle,” Vetter recalled. “It was a roller coaster of a weekend, but it ended in success with my first win. It’s definitely one I will never forget.”

The Top Dragster class is challenging and unique in its own way; the racer must determine their dial-in, or the time in which they believe their racecar will make a specific pass, and not go even a split-second quicker. In Top Alcohol Dragster, however, it’s full throttle all the way to the finish-line stripe. Vetter is quite comfortable in Top Dragster, and she is eager to gain comfort at this next level of intense competition in a category filled to the brim with some of the best racers in NHRA’s Lucas Oil Drag Racing Series.

“I just can’t wait to get out there and race this car,” said Vetter. “I know there will be a lot of nerves before that first pass of the weekend, but my goal is to do everything to the best of my abilities and make as few mistakes as possible. Hopefully, it will just get better and better from there.”

Vetter races with help from NGK Spark Plugs and Quora Distribution, as well as with the unwavering support of Nick Januik, along with her parents, Mike and Noelle Vetter, and her brother Trey.