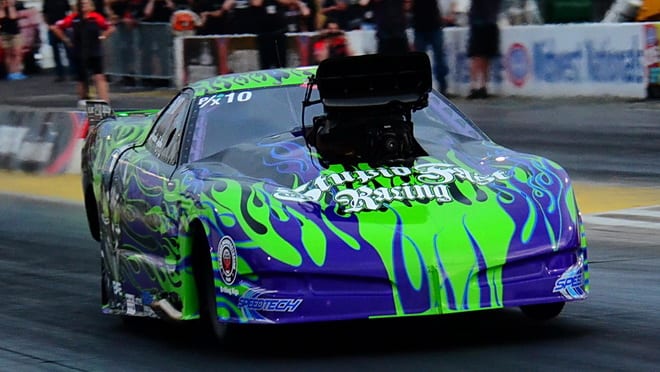 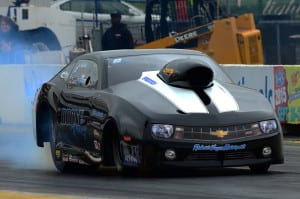 The PDRA managed to complete two qualifying sessions after rain showers on Friday morning washed out the scheduled opening round. Heavy rain returned on Saturday to prevent almost all on-track action, extending the event’s completion to Sunday, beginning with the final qualifying round and followed by eliminations for all classes. 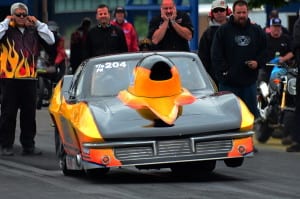 Taylor held sway over the Pro Extreme class with a 3.55-seconds pass at 212.99 mph in the opening round, but Stanton stepped up with a 3.54 at 214.21 in round two. With his Sunday qualifying effort Taylor and his ’05 Corvette took over again with a 3.544 that was four-thousandths of a second quicker than Stanton’s elapsed time.

In Pro Nitrous, Harvey’s 3.72 at 199.61 from Friday night’s session held up for the lead, while Miller jumped up from the number-11 position to the top spot on Sunday with a 3.84 at 189.44 in his supercharged ’69 Chevelle. Meanwhile, Garner Jones held on with a 4.04 at 175.66 to become the first rider to unseat Eric McKinney from the top spot in Pro Extreme Motorcycle after McKinney won all three previous PDRA events contested so far this year from the number-one position.